Sikhism More Than Just Another Religion

Everything you need to know about this progressive Indian religion.


From living in the south all my life, I’ve become pretty versed in Christian practices and teachings. Being introduced to a new religion isn’t something that happens every day, but when my grandparents, who came to America from India, taught me about their religion I became so intrigued in the surprisingly logical teachings and practices. The religion is so vastly different from any of the larger, more popular ones, and for that, it was enough for me to want to learn more. Honestly, for a religion, this one is pretty laid back in terms of being with the faith. Literally, all you have to do is just love God and that’s it. Boom. You’re in the club. You can completely be yourself and still be accepted. It is believed that God is without hatred and animosity, and the Gurdwara Sahib(the golden temple) is open to everyone, no matter who they are or what kind of lifestyle they live. 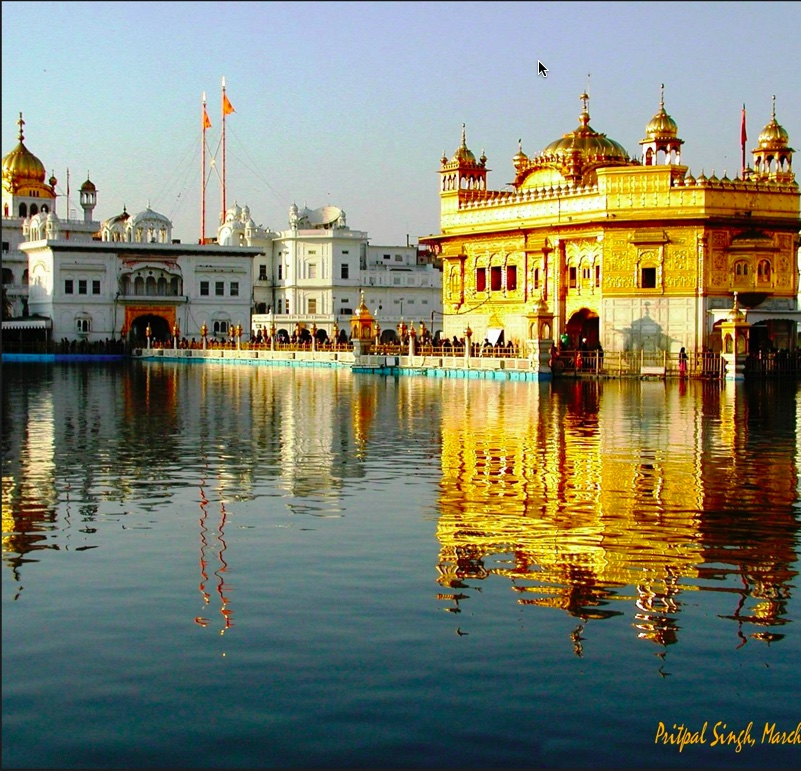 Sikhism is essentially a means of self-betterment. The Gurus didn’t even believe in religious exclusivity. They knew that diverse paths can lead to God, as long as those paths were taken with love and acceptance. There is a god, but Sikhs believe it’s the same god that everybody else prays to, so there’s no reason to fight about religion or try to get others to change theirs. There’s also no concept of going to church a couple times a week to listen to sermons. Sikhs uphold only one way to please God: love him.There are places of worship called Gurdwaras, but prayer is individualized. There are no rituals or superstitions you have to carry out in order to “become one” with God. Being passionate about it is enough. You don’t have to prove how devout you are to anyone, nor is it a competition. For Sikhs, religion is a very singular and personal thing, and there’s no level as to how close to God you are.

Another factor of this religion that surprised me is the equality ideal. Women are of completely equal status to men. The Gurus of Sikhism never viewed women as inferior and believed that they were equal companions in life. They condemned any practice that might belittle women, like Sati (the burning of widows), Pardah (the masking of women) and the dowry system. They effectively began the equality of women nearly 600 years ago, way before anyone even thought to fight for any kind of rights. It has been documented that women and men always fought in battles together, and the gurus made sure to never impose any ideas that would regard them as men’s property.

Another unique thing about Sikhism is that you never have to repent or apologize to anyone for doing something that you think might have been wrong. If you feel guilty, it’s because you know you should not have not done it, not because God might be disappointed. You can’t dump your problems on him, which forces you to deal with them yourself. Instead of worrying what God thinks about your actions, this religion focuses on the inherent characteristics of ourselves, like ego, fears, frustrations, prejudices and even aspirations. The vision of Sikhism is to better yourself through your own actions and common sense. You must simply be an amicable human being or actively work towards becoming one.

The best part is, there are essentially only three pillars of this faith, and they make sense. They don’t ask you to do anything wild and crazy, it mostly seems like the things that you mom would ask you to do.

1. Kirat Karna
This means earn an honest living. You must always be working for the greater good. The Guru reminds you that he who does not contribute to society has no right to claim benefit from it.

2. Naam Japna
This literally means remember God. This can be done simply through being aware of God in your daily life or singing hymns from Sri Guru Granth Sahib, which is the religious scripture of Sikhism. Sri Guru Granth Sahib is an anthology of prayers and hymns actually spoken by the Sikh Gurus. This scripture is also seen as the last and eternal living Guru. These prayers were written as poetry and meant to be sung. Hearing it sung is the most beautiful thing, and one can appreciate it no matter the religion.

3. Wandh Chakna
Essentially, this means share that honest living that you’re making with those in need. You cannot ever be selfish or think yourself above anyone else. You are to share without any kind of prejudice or discrimination.

Those three pillars are the only guidelines you have to follow in Sikhism. It’s not anything excruciatingly difficult, and it is clear that these ideals are good for everyone, no matter their religion. They are not asking much, but you just have to be a good person with an open heart.

Sikhism is about love and acceptance and helping out when you can. When you see someone struggling, you should help out for no other reason than to be kind. Mostly, it’s common sense, and the goal is to become a better person with God behind you. These ideals are especially important to remember in these times right now, where discrimination and prejudice is so severe that people are judged, treated unfairly, and even being killed for it.

Sikhism may just be another religion on its face, but its vision and ideals are actually universal, and really, everyone can take a page from that because we desperately need it.

Sikhism: More Than Just Another Religion