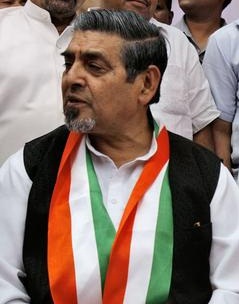 New Delhi, India (March 20, 2012): As per media reports the CBI today failed to submit to a Delhi court its written arguments in reply to claims of victims of 1984 genocidal violance against Sikhs in India that there was enough material to proceed against Indian leader Jagdish Tytler but the CBI had deliberately given him “clean chit” in the case.

As per reports the premier investigative agency of India (CBI) was directed by Additional Sessions Judge K. S. Pal to file its written reply to the complainant Lakhwinder Kaur’s claim that the CBI deliberately exonerated Jagdish Tytler.

The court sought the CBI’s reply by April 30, the next date of hearing even as the probe agency said it can make oral submissions.

Lakhwinder Kaur had in February this year moved the court against a magisterial court’s decision to accept the CBI’s report to close a riot case against Tytler.

In her written submissions before the court, Kaur had sought the court’s directions to the CBI to re-investigate the matter “to bring on record the available incriminating evidence against the accused (Tytler) in the interest of justice.”

Kaur, in her written submissions, had said CBI’s closure report was “dishonest” and solely aimed at exonerating Tytler.

She had said CBI has “deliberately not collected available incriminating evidence to strengthen the case against him.”

“It’s unheard of that an investigating agency, instead of finding evidence against the accused to prove the guilt, has gone out of the way to collect evidence in favour of Jagdish Tytler to discredit the reliable witnesses,” the written statement said.

It said the CBI had done the probe only to falsify the statements of material witnesses in the case.

“It is pertinent to mention that the line of investigation adopted by the CBI from the very inception of the investigation is only to exonerate the accused (Tytler) and to falsify the statements of the material witnesses,” it said.