There are many people who talk the talk but don’t actually walk the walk. Tejinder Singh is not one of those people. Tejinder Singh, a Sikh cab driver, is being celebrated in Australia for his efforts to feed hungry residents in the city of Darwin on the last Sunday of every month over the past three years. 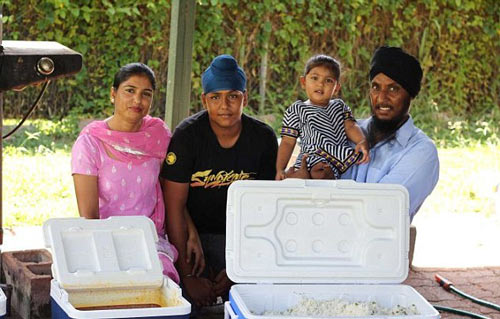 On the last Sunday of every month, Tejinder Singh returns from his work as a taxi driver and cooks a feast of Indian cuisine. He packs it into the van and drives to Darwin’s Nightcliff foreshore where he feeds the homeless and the needy.

A report from the local news station, Nine News Darwin, said that Singh cooks several kilos of rice and vegetarian curry after wrapping up his shift at seven on Sunday morning, and then he and his son, Navdeep, deliver the food all around the city.

"When I do something good, I've got too much energy, I say I'm doing something for homeless people, so they give me more energy, so I'm happy," said Singh, who also works as an air conditioner mechanic.

"My religion says 10 percent of income goes towards needy and poor people no matter they belong to your religion or any religion," he said.

The van, which Singh drives around Darwin to deliver free food, has the sign, "'Free Indian food for hungry and needy people, Provide Sikh family." 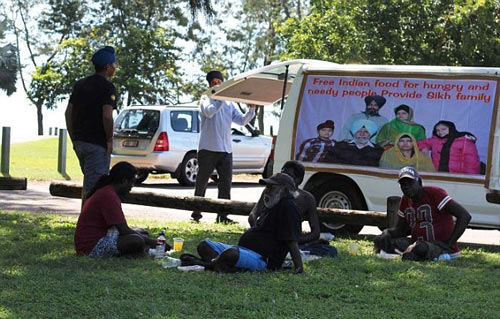 Singh has been featured as "Australian of the Day," an initiative sponsored by the Commonwealth Bank, which has sent eight photographers to capture the lives of ordinary Australians doing extraordinary work.

Singh was recognised as "Australian of the Day" on August 5, but his story has garnered a great deal of attention of India over the past few days.

Rejecting monetary support from his supporters, Singh has reportedly encouraged others to begin their own food drives.

“The van, the pots, anyone can use them. It’s for mankind," he said.

There seems to be an uprise in either the amount of seva being done or just acknolwedgement. Either way its great to see and inspiring that we have so many people around the world out there to serve the world we live in
S

Waheguru . this is so inspiring