After getting former Vodafone CEO Arun Sarin on its board as an independent director, Ola is today announcing another major appointment to its core leadership team. The cab-hailing app is bringing in Sundeep Sahni, co-founder and Managing Director of Indonesia’s largest e-commerce platform Lazada as Vice President of New Initiatives. 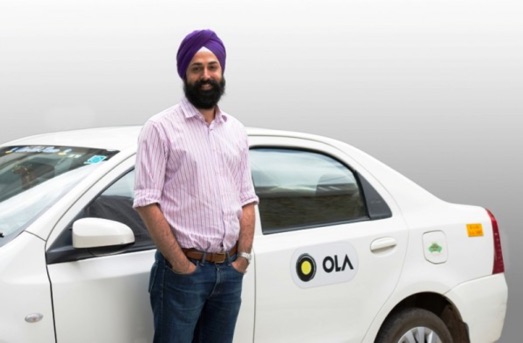 Sahni holds an MBA degree from INSEAD France/Singapore and his bachelor’s degree in Finance and Computer Science from the reputed Boston College USA. He is also a Certified Financial Analyst (CFA).

Sahni, speaking of his new role at Ola, said,

Ola under Bhavish has revolutionized the personal transportation space in India and has made a real impact in the lives of millions of its customers and partners in a big way. In a world where technology is reshaping business models like never before and transforming customer experiences.

Ola is years ahead in its thinking of building a thriving transportation focused ecosystem. It was Bhavish’s vision to disrupt mobility at the grass roots level that attracted me towards Ola. I look forward to executing on the company’s mission and working with the amazing team at Ola.

Before Ola, Sahni was the Managing Director of Lazada Indonesia (which he also co-founded), South East Asia’s biggest e-commerce company backed by players like Rocket Internet and Temasek Holdings. The company today is worth more than $1bn and under Sahni, its GMV grew 1000% in 2014.

Prior to that, Sahni worked with Watheeqa Capital Company, a private equity firm from Cairo, Egypt focusing on MENA region with a corpus of $400mn followed by his experience with Credit Suisse in New York and London where he was recognized for his “Exceptional contribution to the growth of Credit Suisse”.

Sundeep brings with him a unique experience of setting up an e-commerce venture from scratch in a new country. His intuitive knowledge and experience of startups having been on both operational and investment sides in his past roles will be valuable for us. Sundeep’s understanding of the industry, his experience of striking key partnerships and building a formidable network will be critical in our mission to build mobility for a billion people. I’m very excited to welcome Sundeep and am looking forward to working with him.

However, whats worth noting, is Bhavish’s stress over Sundeep’s “unique experience of setting up an e-commerce venture from scratch in a new country” and his “understanding of the industry, his experience of striking key partnerships and building a formidable network“.

This is an interesting appointment. We’ll be keenly eying what unfolds next at Ola. Stay tuned.