New stars in the Southeast 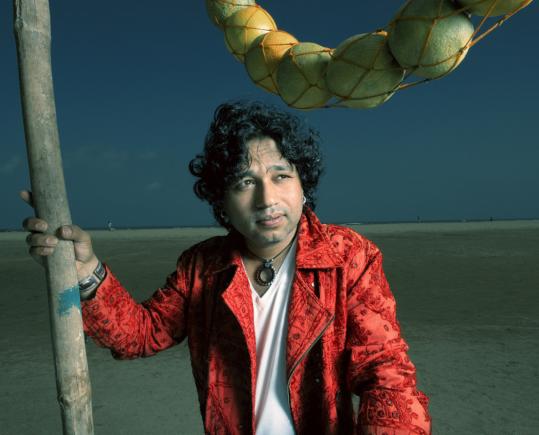 According to a story that still circulates in India’s celebrity press, when Kailash Kher first arrived in Mumbai in 2001, he was so poor and bereft of connections that he had to live for a while on the platform of a suburban railway station.

That tale is an urban myth. And Kher, now one of India’s best-loved stars for his exhilarating, Sufi-inspired music, debunks it regularly. But the hardscrabble image of an aspiring singer arriving from the hinterland with no pedigree in the glitzy Bollywood biz is accurate in spirit, if not in detail.

Kher has made his way to the limelight with a sound and a story that separate him from Bollywood convention and the industry’s clannish milieu. The son of a Hindu priest from the town of Meerut, outside Delhi, he writes songs that brim with the devotional themes of Sufi poetry. He delivers them with a tone full of longing and a worshiper’s unmistakable sincerity.

Kher’s songs appear on close to 200 film soundtracks, the standard outlet for an Indian pop musician. But he has also recorded albums with his band Kailasa, and now the Vermont-based label Cumbancha has put out their first international release, “Yatra (Nomadic Souls).’’ They play Friday at the Somerville Theatre. It’s Kher’s Boston debut and the last of a slew of US gigs in what has become his global breakout year.

At 36, Kher still projects wide-eyed wonderment at the path his career has taken. “All my big songs have been chart-busters,’’ he says in a conversation before an outdoor festival concert in Brooklyn. “That’s really amazing.’’

It doesn’t come out as a boast. Kher, who is diminutive but intensely charismatic, is earnest and quick to share credit. He’s the kind of artist who learns the names of sound and light engineers and makes sure to thank them from the stage. In conversation, he’ll illustrate a point by breaking into song, which only adds to the charm.

Kher credits the appeal of his music to the longstanding traditions he channels. “I belong to the world of Bollywood, you can call it,’’ he says. “But the kind of music we make, in Bollywood it’s unique. Because it has maybe 2,000 years of folk culture and authenticity.’’

He’s referring to a tradition of devotional music that enfolds Hindu, Muslim, and Sikh mystics, tracing its way from medieval mystic poets like Rumi and Kabir to the ecstatic qawwali of Nusrat Fateh Ali Khan or the Hindu praise songs called bhajans. Beyond specific religious outlook, Kher points out, these songs share a poetic approach.

“There used to be saints who would imagine their beloved,’’ he says, “and they would imagine that we are the lover, and God Almighty is our beloved, so that mystic love comes in their poetry. I have been listening to this poetry since my childhood. When I was 4 years old, I used to sing Kabir’s poetry.’’

Mystic love is a constant in Kher’s hits. Bouncy and dance-floor ready, “Tauba Tauba’’ is about a lover mesmerized by the divine. The yearning “Turiya Turiya’’ speaks of a wandering journey toward consciousness. “Teri Deewani’’ is the gorgeous, haunting song of a lover delirious with passion - whether for another person or God is immaterial.

The band, led by brothers Naresh and Paresh Kamath on bass and guitar, mixes Western and Indian instrumentation and arrangements, with elements of reggae, Middle Eastern music, and more. And with songs like “Guru Ghantal’’ that wink at intoxication as a path to worship, this is very much party music; Kher likes to see the crowd on its feet, and the Indian contingent at his shows always obliges.

DJ Rekha Malhotra, the doyenne of Indian pop in the United States with her long-running New York party Basement Bhangra, calls Kher’s stage show “phenomenal.’’ “He has a distinctive sound, voice, and really hot tracks, and he’s a personality as well,’’ she says. “He has such good vibes, he just fills the room.’’

Those vibes have carried the provincial priest’s son to not only celebrity but real influence in India’s rapidly shifting cultural landscape, Malhotra says. “Bollywood is a sponge: This guy is hot, and he’s bringing his non-Bollywood music to the table.’’

Kher himself is noticing emulators trying to sing like him - such as some contestants in “Indian Idol’’ and other TV talent shows where he is a celebrity judge. He says it flatters him, but he doesn’t give them any special advantage.

For his own part, Kher is enjoying the limelight but keeping life simple. He recently had a traditional arranged marriage to a woman his family recommended. He prides himself on making songs that are never “sleazy.’’

He stays spiritually grounded despite living in the materialistic and often crass Bollywood culture: “It’s all inside you, so wherever you live, it’s irrespective,’’ he says. And so far, his artistic impulses have kept him from getting jaded. “Whatever is not so much popular, I try to do that thing,’’ Kher says. “And that excites me.’’