How Europe Is Indebted To The Sikhs 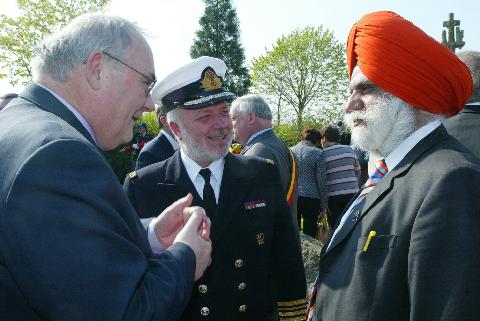 Sardar Bhupinder Singh Holland was invited along with Ambassadors of 15 countries including USA, Canada, France, England, Australia, New Zeeland, Germany etc. Also several Ministers of Belgium Government with Governor of Flanders and many Generals were present to commemorate 90 years of first gas attack in the history against the Sikhs in Ieper on 22nd of April 1915. Special tributes were paid in the battlefields and later on also at Menon Gate, the National monument of Belgium, where names of the Sikh soldiers have been engraved on the walls. 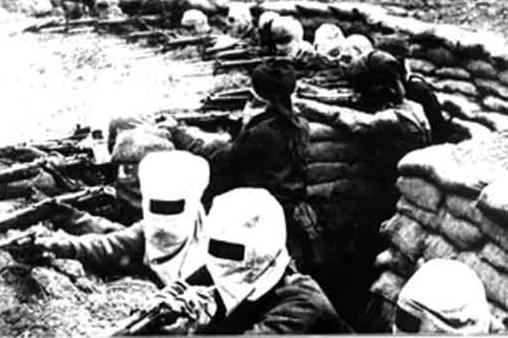 On 22nd April 1915 at 5 p.m. the 2nd Battle of Ypres began with the first successful gas attack in history. Again the British Indian Corps - not yet recovered from the terrible Battle of Neuve-Chapelle - was called upon to fill a gap in the line.

The Lahore Division was now under command of the British 2nd Army of Smith-Doreen. Among the British Indian troops the warning was spread that, in case of the use of gas, a handkerchief (or the pagri-dastaar) was to be placed over the mouth. It was recommended to soak the handkerchief (or pagri) in urine.

After the gas attack, the Germans had gained a considerable portion of the northern part of the Ypres Salient. Now the British, together with the French troops, wanted to make a counter-attack in order to force the Germans to withdraw from this new position. On the morning of 26th April 1915, the Lahore Division assembled between the Ieper-Langemark road on the left and Wieltje on the right, some 600 yards north of la Brique. The Ferozepore Brigade moved to its position through Vlamertinge, but the Jullundur Brigade went to Wieltje by the road winding along the Ypres ramparts. There they were caught in a heavy bombardment.

As soon as the division was deployed in the fields near Wieltje, they were shelled with tear gas.After the first gentle slope, they arrived in an inferno of gunfire, machine gun fire and shells, among which also tear gas shells. The men fell by the dozen.

It is obvious that the number of casualties was extremely elevated. The 47th Sikhs, which was in the first line of attack, lost 348 men from a total of 444, or 78 % of the battalion! It was almost annihilated. In total the attack resulted in almost 2000 casualties in the two brigades. During this attack, Corporal Issy Smith of the 1st Manchesters, which belonged to the Jullundur Brigade, won a Victoria Cross. Amidst heavy shelling and continuous gunfire, he had ceaselessly evacuated the wounded.

Also Mule Singh and Ruhr Singh of the 47th Sikhs distinguished themselves by saving many lives. Bhan Singh, a Sikh of the 57th Wilde’s Rifles, was wounded in the face early during the attack. Nevertheless, he stayed near his officer, Captain Banks. When Banks fell, Bhan Singh thought just of one thing, bringing Banks back, dead or alive. Weakened as he was, he stumbled on with Banks’ body under heavy fire until he was completely exhausted. However, he did not return without first saving Banks’ personal belongings.

Germans reopened the gas bottles at 2.30 p.m. When the gas reached the Indian troops, an Indian havildar was heard shouting: “Khabardar, Jehannam pahunche”, which means “watch out, we have arrived in Hell”. In no time the ground was filled with men being tortured in a terrible way.

But let’s get back to the night of 26th -27th April 1915 when the chlorine gas was to be smelt the whole night. Only late that night could the remnants of Major Deacon’s party be relieved. The Ferozepore and Jullundur Brigades were withdrawn to the Brieke while the Sirhind Brigade replaced them in the first line. Men of the 34th Sikh Pioneers did try to consolidate the difficult position when Major Deacon did manage to keep a stand.