Evolving Bigger Brains Through Cooking: A Q&A With Richard Wrangham 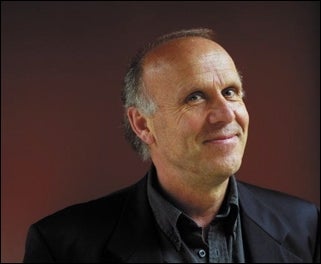 A couple of million years ago or so, our hominid ancestors began exchanging their lowbrow looks for forehead prominence. The trigger for the large, calorie-hungry brains of ours is cooking, argues Richard W. Wrangham, the Ruth B. Moore Professor of Biological Anthropology at Harvard University's Peabody Museum of Archaeology and Ethnology. He hit on his theory after decades of study of our closest cousin, the chimpanzee. For the Insights story "Cooking Up Bigger Brains," appearing in the January 2008 Scientific American, Rachael Moeller Gorman talked with Wrangham about chimps, food, fire, human evolution and the evidence for his controversial theory. Here is an expanded interview.
You have been the director of the Kibale Chimpanzee Project in western Uganda since 1987. Have chimpanzees always been a big interest of yours?
I have always been interested in nature. I began as a bird-watcher and then wanted to go to wild places. I had a gap year between high school and college in Zambia, and that set off an interest in behavioral ecology—I was an assistant to a biologist there working for the game department. It was an amazing place, miles and miles of bush with all sorts of animals.
Did you study chimpanzees there?
No, I wasn't focused on primates at this point. But then I came to college at the University of Oxford, and on my first day I went to the expeditions club to see if there were any opportunities to work in Africa again. By the time I left college, I'd already had quite a bit of experience of Africa. I'd become really interested in thinking about animals as a way to get at the evolution of human social systems: If there are similarities between humans and animals, then let's find out where they come from. I wrote to Jane Goodall in July of 1970 [to ask to work with her], and in November I was in Gombe.
What was it about Africa that excited you—the adventure? What kept drawing you back to look at these animals?
I think the natural history is tremendously exciting and rich. And I think that, even then, I had a sense time is running out, things are changing and, when it's possible, it's necessary to explore all of these fascinating animals and ecosystems. But the sense of freedom and adventure was palpable, of course, as well.
When you first went to work with Goodall, what kind of research did she have you conduct?
She gave me the opportunity to spend a year following four pairs of chimp siblings. It was a wonderful time because I was free to develop my own thoughts and interests about chimps. It's embarrassing in some ways, but my subsequent career has all been playing out the thoughts that I developed then. It was looking at the ways in which ecological pressures affect chimpanzee society. It's very obvious with chimps, because in different seasons you get different distributions of food, and the chimps respond in very marked ways. That is a window into the larger question of the relationship between ecological pressures and social systems and how they vary between species.
It must be exciting to be among the first to really understand the social behavior of chimps.
Yes, that's right—it's fabulous! It's interesting with any animal, because every species has its strange twist, but it's particularly dramatic with chimps. The reason that it's dramatic, actually, only became apparent later with the genetic data that says how closely related we are to chimps. In the 1970s, when we were discovering that chimpanzees have all these amazing similarities to humans, what Jane discovered was that they really like to eat meat, they use tools, they make tools, they have relationships between mothers and offspring that in many ways recall what's going on in humans. There are all sorts of things—cultural transmission of a wide range of behaviors. It gives a general sense that there was more biology to human behavior than we had formerly given credit for.

I think there are more parts to this actual article, which I didn't post, you have to access the article.

Thanks - because it fits with so many other rollicking conversations around here. :ice:

Thanks - because it fits with so many other rollicking conversations around here. :ice:
Click to expand...

Yeah I thought this might fit in with the evolution thing nicely.