Since the late 18th-early 19th centuries, Sikhi has been beset by detractive factions which have essentially derailed both our philosophy and our past. The histories passed down to us have been inscribed by these factions which today exist in the form of self-proclaimed traditionalists. Whereas the major aspects of our history are established i.e. cemented in acceptance; the more minor details have been tampered with or embellished to attack these major events. One of the most subtle attacks to transpire in the past two centuries is the devolution of Baba Banda Singh Bahadur. He has been stereotyped as a traitor, a womanizer and even a Brahminical infiltrator.

In the below episode, of our podcast, we discuss the life of Banda Singh Bahadur namely:

-Who was Banda Singh Bahadur?
-Who betrayed him and why?
-Possible theories as to who stood to gain through his betrayal,
-and whether a sleeper cell or traitors had infiltrated Sikh ranks and organized the tenth Guru's assassination and subsequently worked to derail Banda.
-Alongside refuting the canards of Hari Ram Gupta.

We also discuss the Bandai Khalsa and how Banda's initial descendants did not worship him (today both worshippers and descendants are under the leadership of Baba Jatinderpal Singh).

While we are not Postmodernists, we forewarn that this is in the realm of whataboutism. There is a strong case to be made for defending Baba Banda Singh on the grounds that the evidence against him is hugely gimcrack. We bring to the fore the researches of Harinder Singh Mehboob and Dr. Ganda Singh to establish the purity of Baba Banda Singh's character and the subsequent injustice wrought against him by Sikh traditionalists. So far we have been aggressively hounded on other forums for positing theories against "established" norms. We, though, feel that SPN members being more articulate-we will receive a more honest, a more unbiased and a more open and less aggressive audience. 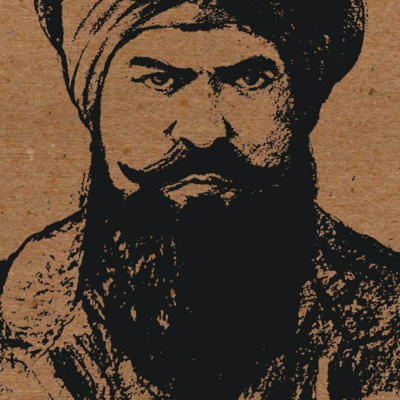 Defending Guru's Banda-Exonerating the First Sikh Generalissimo. by The Sikh Renaissance • A podcast on Anchor

The boys discuss the life and times of Sikh generalissimo Banda Singh Bahadur and explore how a deep-rooted conspiracy displaced him from succeeding in his Guru ordained mission: the establishment of a perennial Khalsa Raaj.

This week has been super busy so I want to focus on something that I aspire to - spiritual peace and control of emotions. 1st line is...