A Sikh Stemp that was Cancelled
by Rupinder Kaur


Sri Guru Granth Sahib, the holy book of the Sikhs is an inherent character of India’s culture comprising the hymns derived from the teachings of various saints and poets across the country along with the teachings of the Sikh Gurus. It conveys the collective religious and spiritual knowledge of the Indian society.

Guru Granth Sahib is more than just a scripture of the Sikhs. It was first compiled by the fifth Guru, Guru Arjan Dev, who installed it in the Golden Temple, Amritsar in 1604. He appointed Baba Buddha as the Guru's Granthi and told his Sikhs that the Adi Granth was the embodiment of the Guru, and should be treated in the same fashion as they respect him. It is said that when Guru Arjun first completed the Adi Granth, he placed it upon his own bed and slept on the floor. Its words were written without any spaces or breaks.


To commemorate the 400th anniversary of the First Prakash Utsav or the 400 years of the compilation and installation of Sri Guru Granth Sahib in 2004, the Posts and Telegraphs Department of India designed a Rs.10 special stamp. To highlight the importance of the occasion the department also created a sheet and a miniature sheet along with the first day cover. The stamp portrayed the Sri Guru Granth Sahib lying open with a chaurior a flying whisk in front of it. Above it is mentioned the number of years along with the specific dates in numerals and on top is written the name of the holy book in both Hindi and English.

The first day cover was also designed which shows the Harmandar Sahib from the side view with its golden structure standing against clear blue sky and the reflection falling in the holy water of the sacred tank. The miniature sheet shows the design of the stamp spreading beyond its set dotted lines which depicts the dome of Harmandar Sahib in golden color with floral patterns and supported by two pillars on both sides resting on a simple plinth represented by a free flowing line. Hence, the artist has tried to represent the Guru Granth Sahib installed in the Harmandar Sahib.

Overall, the colors are soft and somber, comprising mostly of golden yellow, violet and sky blue with highlights of black and brown. The sheet shows a set of ten stamps all placed within a decorative border matching with the miniature sheet.

The concept and design of the stamp was strongly objected by the Akal Takht, the Shiromani Gurdwara Prabandhak Committee (SGPC) and the National Commission for Minorities (NCM). They had valid reasons to do so. First of all, since Sri Guru Granth Sahib is referred as a living Guru of Sikhs, therefore as per the Sikh maryada or Sikh code of conduct no photograph can be printed in any form and that too on a stamp accessible to public at large. Secondly, the scripture is shown without a rumala or a piece of cloth to cover the holy book. As such this disturbed the sentiments of the Sikhs on the whole.


It will not be out of sight to mention that to commemorate the birth anniversaries of the Sikh gurus, Guru Nanak Dev, Guru Amar Das and Guru Gobind Singh, India Post released special stamps and first day covers portraying gurdwaras which stand at their birth places and other important events from their lives.

On the occasion of the 300th Birth Anniversary of Guru Gobind Singh, the tenth guru of the Sikhs the Department of Posts issued a special stamp in 1967, in the denomination of 15 Paisa. The stamp shows the Gurdwara at Patna Sahib which stands at the birth place of the tenth master.

In 1969 the 500th Birth Anniversary of Guru Nanak Dev, the first guru of the Sikhs, was celebrated throughout the world. The Department of Posts associated itself with this celebration by bringing out a special stamp depicting Nankana Sahib (earlier known as Talwandi), the birth place of the founder of Sikhism, which is now in Pakistan.

As such, to avoid any further controvercies this stamp was finally cancelled and immediately retracted from all head post offices by the Department of Posts across the country. In fact, to avoid such controversies the Department of Posts has been directed to consult the National Commission for Minorities (NCM) before designing stamps on religious matters of the notified minority communities like Christians, Muslims, Parsis, Sikhs and Buddhists, in future.

Even though the stamp was not released officially, the miniature sheets, first day covers and the sheet lets are possessed by numerous collectors and dealers. No other stamp has been released in lieu of this till date.

Thread moved to the Sikh Foundation section of the forum.
D

The 'religious leadership of Sikhs' is out of touch with Sikhs. I have just been listening to a discussion on Punjab Radio of USA with Mejindarpal Kaur - a lawyer from UK following up the Turban case in India handled by United Sikhs of USA. She had similar concern about Akal Takhat and SGPC and DSGPC that they only respond to people who complain and are unaware of what is going on in Punjab.
On stamps I have no idea what their objection is - we need to tell the world about Sikhi and our Granth Sahib - this is a method which reaches a lot more people than anything these authorities have done. They are negative and as good as hinderance to Sikh advancement. I believe even the lecture by Young Sikh leaders has promoted Sikhi more than our religious leaders.
I recall during British rule (I think) when they were discouraging Sikhs to educate themselves - it was made an offence to throw a punjabi wriitten newspaper onto ground because it is 'disrespect' to gurus. The people stopped reading newspapers!
I think educated people are required in these places who have knowledge and technology of judgement from the Granth Sahib, advancing Sikhi, teaching and promote understanding of Granth Sahib to the majority of people who can then look after Sikhi. As the above lady said make these places as responsive as Vatican - may be even better as Vatican is not under threat.

What happened to the world below that I got stamps from, 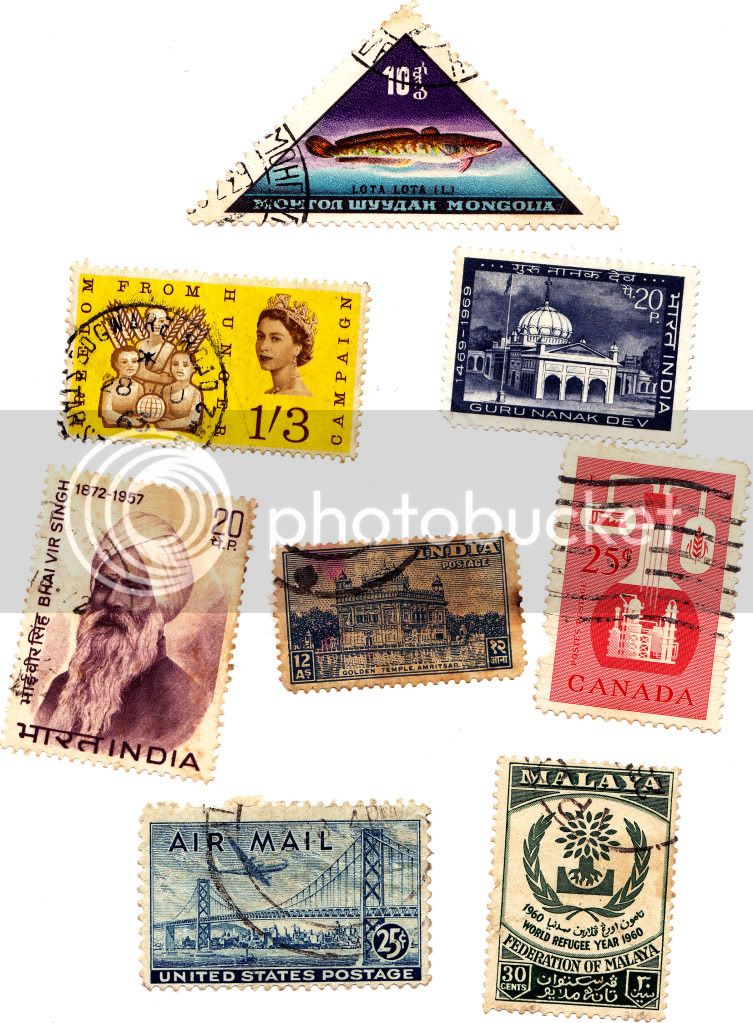