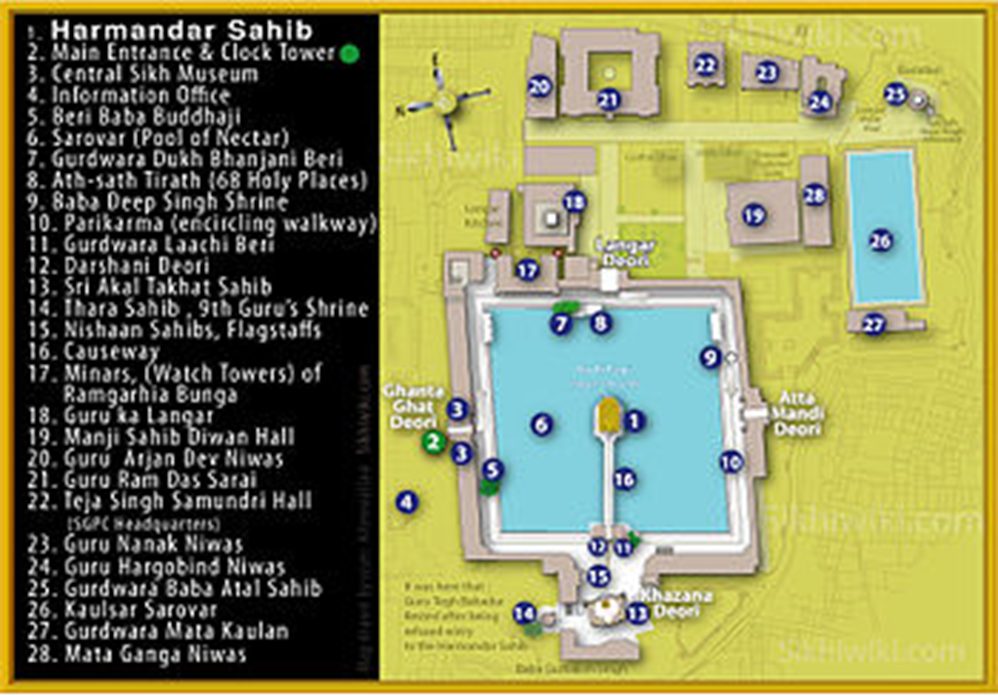 We came down from Bunga Sahib and went towards Sri Darbar Sahib Complex. At the Gate towards the Shiromani Gurdwara Parbandhak Committee office, I found track marks of tanks on the stones and a number of stones have been pressed into the ground. These marks were touching even the bank of the Sarovar. I was told that from the place in front of this gate on 6 June 1984, they fired tank shells on Akal Takhat building which pierced through the Darshni Deodi as well. This was why both the Darshani Deodi and Akal Takhat looked destroyed. He also told that there was a story afloat that a child with a bomb bound around his body jumped into the turret of the tank destroying it. It, however, could not be verified though there was one tank found stuck on the 7th morning which was towed out. The army is stated to have used 4 Vijayanta tanks and 3 APCs. 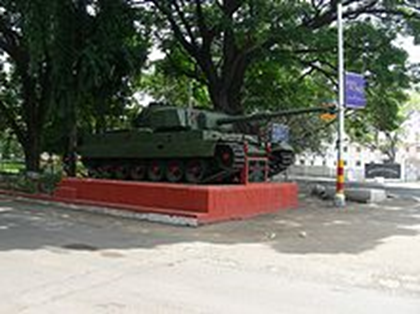 While going by the Sarovar towards the monument commemorating Baba Deep Singh, the stench of some dead still spread around. Small fires could be seen near the Library. 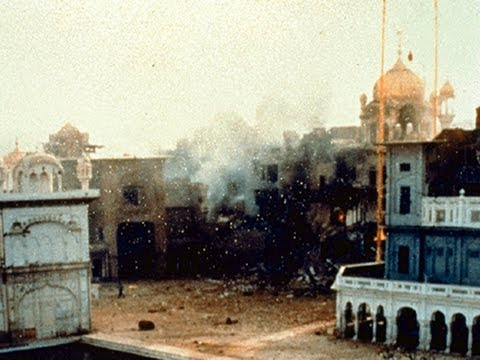 An odd body could be seen floating on 9th June as well. They would have taken out almost all bodies before the visit of the President Giani Zail Singh but an odd body which would have gone down into the water would have come up. The soldiers could be seen roaming all round’ some even with their boots on. The officer asked them to remove these and re-enter. The response to the officer’s order was not taken as respect and showed some arrogance. There appeared a wedge between the Sikh officers and troops and the troops from other religions. As walking on parikrama I found trenches made underground in the water channel of the Parikarma. I was astonished and enquired from the Officer. He was too quick to reply. These were the trenches planned especially by Major General Subegh Singh. Both Sant Bhindranwale and Maj gen Subegh Singh had ordered the fighters to fire the soldier on their knees so that they would remember for their life for attacking the holiest shrine of the Sikhs. They did not want anyone to killed in the complex otherwise. These trenches were real tactical innovations. 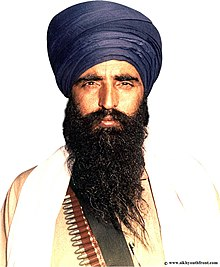 Reaching near Akal Takhat, I was aghast seeing the devastating scene all around. The area between the Akal Takhat and the Darshani Deodhi appeared to be the main battleground. The officer told me: “Since the aim of the Army was to secure Sri Darbar Sahib without any damage and Akal Takhat in all possibilities and clear of all terrorists (Sikh fighters) from the complex, maximum attention was paid to these places. Commando Paratroopers were dropped in this area but the fighters killed almost all. Since it was getting beyond the Army after a fight on 2, 3, 4 and 5th General Brar got permission from Delhi to blast off Akal Takhat with tanks and the Tanks were moved on the 5th-6th night. The devastating fire from tanks and 3.7” and 75/24 mm artillery Guns destroyed the entire building as you see it now. Darshani Deodhi was destroyed while tanks fired on Akal Takhat and there was no other way for the shell than to pierce through Darshani Deodhi as could be seen from the deployment of the tanks. The bodies of Sant Bhindranwale and Major General Subegh Singh along with others were found just in front of the Akal Talhat in this area. The area he showed me was where Dhadhis are seen singing Vaars these days. The body of Sant Bhindranwale was identified by his brother who was a JCO in the Army. It was however given no respect and was removed in a truck meant for Waste Disposal. Watching this scene I did not know how many tears rolled from eyes. My handkerchief was fully wet, however.

Entering into the devastated structure of Akal Takhat, I found pieces of burnt out Birs of Sri Guru Granth Sahib, some burnt Rumalas, a few utensils and other items of usage. If there was any weapons or items of worth would have been removed by Army a day or two days before. This was the same place where he gave his last interviews to Mr. Subhash Kirpekar as mentioned by Mark Tully and Satish Jacob (1985, p.145) or others on 2 June 1984 as mentioned by Harbir Singh Bhanwar in his ‘Diary de Panne,1999, p.31)

Debris was being cleared from Akal Takhat at the time. The officer gave directions to his troops for clearing and moved with me towards the sanctum sanctorum. As I looked toward the Darshni Deodi its western side had huge holes showing that tanks have passed through this Deodhi into Akal Takhat building. This building was the first to bear the brunt of tanks before it destroyed Akal Takhat. Whether the area from Deodhi Sahib to Sri Darbar Sahib was secured before or after the destruction of Akal Takhat or killing of Sant Bhindranwale could not be assessed then. Entering the steps to Darbar Sahib, I collected the sweet moments when posted in Amritsar I regularly visited Darbar Sahib and compared the moments I was going through then. I found myself bleeding and crying from inside trying to hold ears to observe all that happened there.

The stench from the Sarovar was becoming unbearable. I paid my obeisance at Sri Darbar Sahib with a heavy heart. I was shown the Beer Sahib kept in the upper storey where the Pathi (reader of Sri Guru Granth Sahib) was hit by a bullet while reciting from Sri Guru Granth Sahib which too had the bullet mark. As I went around the building I could count about 300 marks of the bullets on the round Gumbad and walls of the building. Some bullet marks had a red roundal and written 01 June near them. It means these red marks were for the bullets fired in 01 June 1984. It showed that there have been regular firing even on 1st June, though the actual assault started after 3rd June 1984. 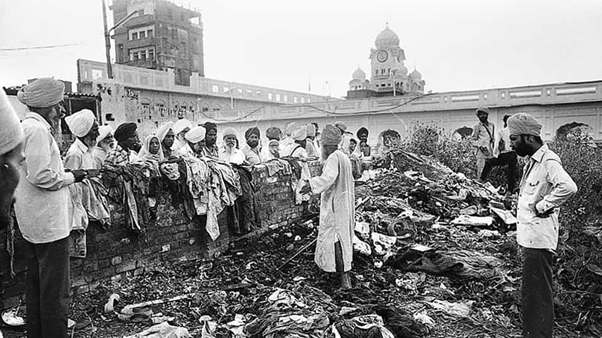