Opinion Why My Father Hated India

Why My Father Hated India

Aatish Taseer, the son of an assassinated Pakistani leader, explains the history and hysteria behind a deadly relationship

Ten days before he was assassinated in January, my father, Salman Taseer, sent out a tweet about an Indian rocket that had come down over the Bay of Bengal: "Why does India make fools of themselves messing in space technology? Stick 2 bollywood my advice."

My father was the governor of Punjab, Pakistan's largest province, and his tweet, with its taunt at India's misfortune, would have delighted his many thousands of followers. It fed straight into Pakistan's unhealthy obsession with India, the country from which it was carved in 1947. 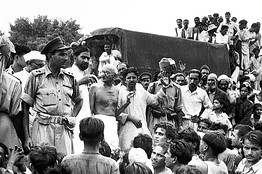 Agence France-Presse/Getty Images
Mohandas Gandhi visits Muslim refugees in New Delhi as they prepare to depart to Pakistan on Sept. 22, 1947.

Though my father's attitude went down well in Pakistan, it had caused considerable tension between us. I am half-Indian, raised in Delhi by my Indian mother: India is a country that I consider my own. When my father was killed by one of his own bodyguards for defending a Christian woman accused of blasphemy, we had not spoken for three years.

To understand the Pakistani obsession with India, to get a sense of its special edge—its hysteria—it is necessary to understand the rejection of India, its culture and past, that lies at the heart of the idea of Pakistan. This is not merely an academic question. Pakistan's animus toward India is the cause of both its unwillingness to fight Islamic extremism and its active complicity in undermining the aims of its ostensible ally, the United States.

The idea of Pakistan was first seriously formulated by neither a cleric nor a politician but by a poet. In 1930, Muhammad Iqbal, addressing the All-India Muslim league, made the case for a state in which India's Muslims would realize their "political and ethical essence." Though he was always vague about what the new state would be, he was quite clear about what it would not be: the old pluralistic society of India, with its composite culture. 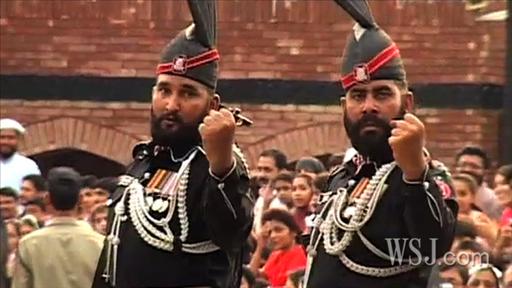 Every day at sunset, Indian and Pakistani guards on the Wagah border face off in a militaristic flag-lowering exercise called the Beating Retreat Ceremony. WSJ's Tom Wright reports on India's effort to tone down the bizarre display.

Iqbal's vision took concrete shape in August 1947. Despite the partition of British India, it had seemed at first that there would be no transfer of populations. But violence erupted, and it quickly became clear that in the new homeland for India's Muslims, there would be no place for its non-Muslim communities. Pakistan and India came into being at the cost of a million lives and the largest migration in history.

This shared experience of carnage and loss is the foundation of the modern relationship between the two countries. In human terms, it meant that each of my parents, my father in Pakistan and my mother in India, grew up around symmetrically violent stories of uprooting and homelessness.

But in Pakistan, the partition had another, deeper meaning. It raised big questions, in cultural and civilizational terms, about what its separation from India would mean.

In the absence of a true national identity, Pakistan defined itself by its opposition to India. It turned its back on all that had been common between Muslims and non-Muslims in the era before partition. Everything came under suspicion, from dress to customs to festivals, marriage rituals and literature. The new country set itself the task of erasing its association with the subcontinent, an association that many came to view as a contamination. 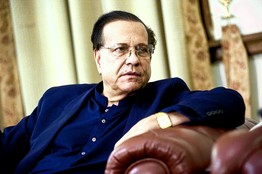 Rex USA
Salman Taseer, governor of Pakistan's Punjab province, in May 2009. He was assassinated in January 2011.

Had this assertion of national identity meant the casting out of something alien or foreign in favor of an organic or homegrown identity, it might have had an empowering effect. What made it self-wounding, even nihilistic, was that Pakistan, by asserting a new Arabized Islamic identity, rejected its own local and regional culture. In trying to turn its back on its shared past with India, Pakistan turned its back on itself.

But there was one problem: India was just across the border, and it was still its composite, pluralistic self, a place where nearly as many Muslims lived as in Pakistan. It was a daily reminder of the past that Pakistan had tried to erase.

Pakistan's existential confusion made itself apparent in the political turmoil of the decades after partition. The state failed to perform a single legal transfer of power; coups were commonplace. And yet, in 1980, my father would still have felt that the partition had not been a mistake, for one critical reason: India, for all its democracy and pluralism, was an economic disaster.

Pakistan had better roads, better cars; Pakistani businesses were thriving; its citizens could take foreign currency abroad. Compared with starving, socialist India, they were on much surer ground. So what if India had democracy? It had brought nothing but drought and famine.

But in the early 1990s, a reversal began to occur in the fortunes of the two countries. The advantage that Pakistan had seemed to enjoy in the years after independence evaporated, as it became clear that the quest to rid itself of its Indian identity had come at a price: the emergence of a new and dangerous brand of Islam.

As India rose, thanks to economic liberalization, Pakistan withered. The country that had begun as a poet's utopia was reduced to ruin and insolvency.

The primary agent of this decline has been the Pakistani army. The beneficiary of vast amounts of American assistance and money—$11 billion since 9/11—the military has diverted a significant amount of these resources to arming itself against India. In Afghanistan, it has sought neither security nor stability but rather a backyard, which—once the Americans leave—might provide Pakistan with "strategic depth" against India.

In order to realize these objectives, the Pakistani army has led the U.S. in a dance, in which it had to be seen to be fighting the war on terror, but never so much as to actually win it, for its extension meant the continuing flow of American money. All this time the army kept alive a double game, in which some terror was fought and some—such as Laskhar-e-Tayyba's 2008 attack on Mumbai—actively supported.

The army's duplicity was exposed decisively this May, with the killing of Osama bin Laden in the garrison town of Abbottabad. It was only the last and most incriminating charge against an institution whose activities over the years have included the creation of the Taliban, the financing of international terrorism and the running of a lucrative trade in nuclear secrets.

This army, whose might has always been justified by the imaginary threat from India, has been more harmful to Pakistan than to anybody else. It has consumed annually a quarter of the country's wealth, undermined one civilian government after another and enriched itself through a range of economic interests, from bakeries and shopping malls to huge property holdings.

The reversal in the fortunes of the two countries—India's sudden prosperity and cultural power, seen next to the calamity of Muhammad Iqbal's unrealized utopia—is what explains the bitterness of my father's tweet just days before he died. It captures the rage of being forced to reject a culture of which you feel effortlessly a part—a culture that Pakistanis, via Bollywood, experience daily in their homes.

This rage is what makes it impossible to reduce Pakistan's obsession with India to matters of security or a land dispute in Kashmir. It can heal only when the wounds of 1947 are healed. And it should provoke no triumphalism in India, for behind the bluster and the bravado, there is arid pain and sadness.

—Mr. Taseer is the author of "Stranger to History: A Son's Journey Through Islamic Lands." His second novel, "Noon," will be published in the U.S. in September.

The main problem of Pakistan is Islam on which its foundation was laid.The Author is typical Leftist Liberal who will find 100s of excuses but will not blame Islam.If Pakistan become friend of India then there is good chance that its own people could start becoming liberal and may not like Pakistan to be conservative and this will be never acceptable to all maulana's which are running Pakistan

kds1980 said:
The main problem of Pakistan is Islam on which its foundation was laid.The Author is typical Leftist Liberal who will find 100s of excuses but will not blame Islam.If Pakistan become friend of India then there is good chance that its own people could start becoming liberal and may not like Pakistan to be conservative and this will be never acceptable to all maulana's which are running Pakistan
Click to expand...

Neither would that Merger/friendship even..be acceptable to the BHAGWA RSS BJP gang operating in India....these are responsible for many bomb blasts thrown at pakistan's door...On BOTH sides of the border same type of closed minds are powerful.
K

Gyani Jarnail Singh said:
Neither would that Merger/friendship even..be acceptable to the BHAGWA RSS BJP gang operating in India....these are responsible for many bomb blasts thrown at pakistan's door...On BOTH sides of the border same type of closed minds are powerful.
Click to expand...

There are 200 million strong muslims in India.No party now can form Govt without their support in UP and BIhar.The reality is Indian youths are living in culture of bollywood and cricket ,they hardly support RSS .So there is no comparision of India and Pakistan.

Just to stir the pot? No! The GOI has declared Hindu extremism as the most serious brand of fanaticism in 2010, to include the RSS. Maybe it is double-talk by GOI. I don't think so. Conversely, some of the most effective and patriotic fight within security forces in Maharastra has been Muslims fighting and dying against extremist Muslims, homegrown and Pakistani. It is really important to have opinions. It even more important to have informed opinions. It is wonderful if we can have balanced opinions. By that I mean, put our finger on the rotten without fear of giving offense and celebrating the good even if we don't really like a particular political or religious group.
Share:
Facebook Twitter Reddit Pinterest Tumblr WhatsApp Email Share Link