Article - Why do so many people believe in miracles? | SIKH PHILOSOPHY NETWORK
Menu
Log in
Register

Article Why do so many people believe in miracles?

In 2013, a five-year-old Brazilian boy named Lucas, fell 6.5 meters from a window, while playing with his sister. His head hit the ground, which caused a loss of brain tissue. Lucas fell into a coma and his heart stopped twice. The doctor had told Lucas’ parents that the boy would likely not survive, and that even if he had survived he could remain in a vegetative state. To the astonishment of everyone involved, however, he woke up soon after and was discharged from the hospital only a few days later. 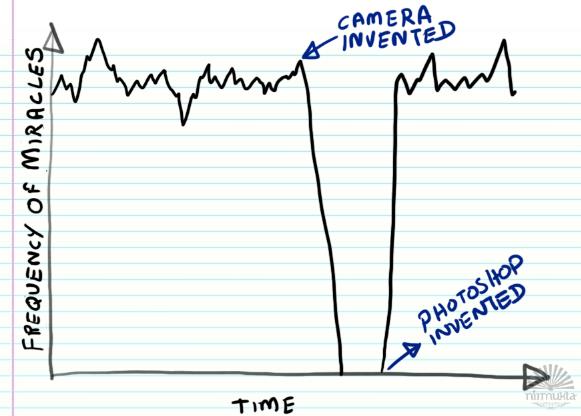 Lucas’s family believe that his miraculous survival was due to their prayer to Francisco and Jacinta, Portuguese children who lived for only nine and ten years, respectively, at the beginning of the twentieth century. On 13 May 1917, in the small town of Fátima, the two children witnessed an apparition of the Virgin Mary. They reported that she looked “brighter than the sun, shedding rays of light clearer and stronger than a crystal goblet filled with the most sparkling water and pierced by the burning rays of the sun.” Mary appeared to them several times afterwards and shared secrets with them which included, among other things, predictions of the end of World War One and the start of World War Two. On 13 May this year—exactly 100 years after the first apparition—some half million people gathered at Fátima. Pope Francis canonized these children there on the basis of their posthumous miracles, including the cure of Lucas.
Belief in miracles, such as the ones mentioned above, is widespread. According to recent surveys 72% of people in the USA and 59% of people in the UK believe that miracles take place. Why do so many people believe in miracles in the present age of advanced science and technology? Let us briefly consider three possible answers to this question.

The first possible answer is simply that miracles actually do take place all the time. If they take place all the time it is not a surprise that many people witness them and believe in them. However, philosophers widely agree that miracles always involve a violation of the laws of nature. Such acts as healing a fatal injury instantly or turning water into wine are considered miracles primarily because they violate the laws of nature—they cannot be performed without defying the laws of physics, chemistry, biology and so on. Yet nature is a uniform and stable system. If the laws of nature were regularly violated, we would not be able to speak, walk, or even breathe. Hence, even if miracles can occur in principle, they simply cannot occur regularly.

The second possible answer is that belief in miracles is a projection of wishful thinking. According to this answer, many people believe in miracles because they want to think that they take place. There is some truth in this answer. One can argue that belief in miraculous healing is particularly common because people want to remain hopeful even when they suffer a serious illness or injury. However, it is not clear why so many people would believe something merely because they want it to be the case. For example, many people want to become millionaires but few believe that they are millionaires, unless they really are.

The third answer is that belief in miracles has cognitive and developmental origins. According to recent psychological research, a cognitive mechanism that detects violations of the laws of nature is in place as early as infancy. In one experiment, two-and-a-half-month-old infants consistently showed ‘surprise’ when they witnessed their toys appearing to teleport or pass through solid objects. Some psychologists even argue that such a violation of expectations creates an important opportunity for infants to seek information and learn about the world. In these experiments, infants spent more time exploring toys that violated their expectations than toys that did not. Some of them were even eager to test their ‘hypotheses’ by banging the toys that appeared to pass through a wall or drop the toys that appeared to hover in the air. Some psychologists also argue that belief in miracles has survived for a long time because miracles have a common character: ‘minimal counter-intuitiveness.’ That is, well-known miracles often deviate slightly from intuitive expectations but do not involve overly counter-intuitive elements. They spread successfully through generations because while they offer an idea that is challenging enough to attract attention, they also avoid over-taxing people’s conceptual systems. The hypothesis of minimal counter-intuitiveness has been supported by psychological experiments. Many well-known miracle stories—such as Jesus walking on water and Muhammad instantly restoring the sight of a blind person—are indeed minimally counter-intuitive because they are only slightly counter-intuitive.

The third answer, which appeals to the cognitive and developmental origins of belief in miracles, seems to be most compelling. It is important to note, however, that this answer does not imply that miracles can never take place. Consider a parallel example: Suppose that psychologists discover that hungry people tend to see illusions of biscuits in their cupboards. This does not mean that whenever hungry people see biscuits in their cupboards they are seeing illusions. It may well be the case that they really do have biscuits in their cupboards. Similarly, even if psychologists can explain that there are cognitive and developmental origins of miracle beliefs, whether miracles can actually take place is a separate question.

On the face of it, believing in miracles seems to be incompatible with modern life. It seems unlikely, however, that they will disappear any time soon as they have deep cognitive roots in human psychology.

Life is a miracle. You are a living and breathing miracle. Why would your Atoms and particles just come together without reason and why would you dream and be able to imagine and visualize. Your skin, your hair, your soul, your thoughts...all miracles.

Created from a void of nothing.

Science is a product of the Maya Khel, the Great illusion...not the other way around.

Sat Sri Akaal,
Ignorance is the only MIRACLE which happens to humans. More the aware lesser Miracles. Must visit science museum to have deceive from senses and real and One can realise difference of ignorance and miracle. Every event is within Nature ignorance interpret it as Miracle.
Last edited: Nov 24, 2020