Firstly, I want to apologize for the stereotyping I will be doing throughout this article. However, I recognize much of what I am about to write comes from past and present experiences with passionate feelings of suppression and a drive for change. This article is not for the Punjabi boys who are in denial about being a “mummy’s boy”. I am not saying that it is wrong to be a mummy’s boy, only to become conscious of the discrimination that still lies in our society today, and why I feel (girls like myself) thought they would never marry a Sikh PUNJABI boy.

It takes no genius to realize that there is a great paradox between the Sikh philosophy and Punjabi culture. There is so much discrimination in Punjabi culture that it pains me that these Punjabi’s proudly call themselves Sikhs whilst delving in such hypocrisy. 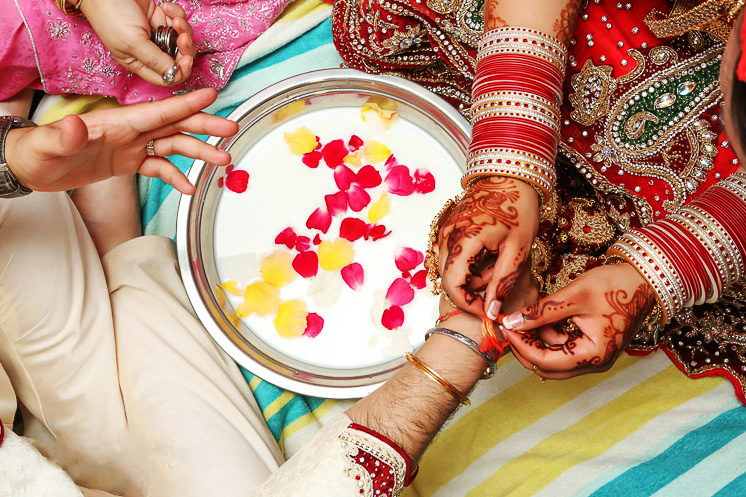 I really thought I would not marry a Sikh Punjabi boy. In 2008, when my heart sincerely fell in love with Sikhi, I knew that in order for my Sikh path to grow, I too needed to find someone with similar spiritual beliefs and values as myself, which in turn meant; A Sikh dude. My brain froze as these were the conflicts I knew came with the understanding of marrying a Sikh boy:

1) Most Sikh boys are Punjabi,
2) Punjabi boys from a young age are indoctrinated with the ideals that they are the superior gender,
3) They have expectations of the ‘wife’ serving them,
4) They have been spoon-fed by their mothers,
5) They do not know how to cook or wash clothes (many do not have the drive to learn either),
6) Due to mothers need to give them everything: they have not nurtured their life skills,
7) Most Punjabi boys don’t go further than Bhangra, RnB, Hip Pop and Pop and frown upon those that to not conform to ‘Punjabi’ conventions (I love a variety of music genres, mainly alternative)
8) They either tend to drink alcohol or completely condemn alcohol,
9) Or the guy is so in denial about being Punjabi that he scoffs at any association with Punjabi culture.

I remember when I began dating my husband, he made some 'jokey' comments which made me think, “gosh, I’m NEVER going to marry this typical Punjabi guy.” Here are some comments;
a) “So when you become a housewife…”
b) “When we have 5 children…”
c) “When you’ll prepare my lunches…”

With comment a) my reaction was, “So when did you ask me whether I wanted to become a housewife?” I really love teaching and as exhausting as it can be, I can’t see myself being a full-time housewife at this moment in time. Of course, I feel it is important to be there for your children and I hope I will be, but I also do not think it is fair in this day and age to feel parenting is solely a mothers job. Especially when both the mother and father are working people.

With comment b) I simply responded “Good luck finding a wife that will pop out 5 children!” To be honest, I was surprised at 5, I do not think all Punjabi boys want 5 children and nor do I think it is wrong, but again the expectation that ‘This is what I want – therefore it will happen.’ Is a very male controlling state of mind. Also, coming from a family of four kids and one child being special needs, I always felt we were a ‘big’ family. I always knew I craved more attention from my parents, and, as a teacher, I notice most kids in big families have attention seeking tendencies. So, I have never been inclined to have a big family as I would like to nurture the few children (Guru may bless us with) with as much love as we can financially and physically can. I believe we can have some practical choices in how many children we want, however I recognise that ultimately Guru chooses for us.

Now comment c) is not exclusive to my husband. Since being married, many males (AND females) have asked what I cook for him when he comes home. They are taken by surprise when I mention, “Actually, he tends to come home before me/we like cooking together” There is a huge expectation still from both males and females that the female will ‘tend to the needs’ of the male. When we were dating, we would begin cooking together in his kitchen, soon after several times cooking together, I would notice that Sundeep would disappear upstairs. He would, makes some calls, listen or play some music and chill. He would come down an hour or two later and say, ‘How’s it going?’ I had an inkling that he just ‘expected’ me to cook for him, but I wanted to spot a pattern before I felt my mind was jumping to conclusions. After the 3rd or so time of Sundeep skipping out of his kitchen whilst I cooked, I realized, right, time to confront this. I asked him why he left the kitchen whenever we had decided ‘to cook together.’ And his response was ‘Oh I thought you liked doing this for me.’ Now, I know this is because at home he is used to being ‘served’ by his mum and sisters, but again this expectation of the female ‘serving’ the male is an inherited Punjabi ideology. In response I asked him, “Do you not feel I would like to make some calls and play some music too? If we do this together, we can finish quicker and chill longer.”

Now you may be thinking, “why on earth did I marry this sexist Punjabi boy who calls himself Sikh?”

With each comment that Sundeep made I realized that he was brought up with those expectations of females and his mother (as most Punjabi mothers do) indoctrinating his mind with that the female should be ‘serving’ the male. And by ‘indoctrinating’ I do not mean this in a malicious or conniving way, simply that women of our mothers and grandmothers generation’s job role was to be a housewife, therefore that is what they know to be true. But there is also the Punjabi culture that the boy is the superior gender and therefore a female should serve him. This was highlighted during an akhand paath Sundeep’s mum held for us, many women said ‘May you be blessed with sons.’ (2014). This gender discrimination is still prominent today (in the east and west) even if the media are painting a picture that females have liberation.

The biggest reason I married my husband despite his past sexist comments, is that each time I confronted him, he chose the Dharmic path to recognize truth. He realizes that there is gender discrimination, that as a boy he is treated differently (more superior and a mummy’s boy) in his family household, that there are more expectations from the females than the males. When I asked him if he wants to make a change with me in this gender inequality, he replied yes. For a man to recognize gender discrimination and want to help make a change, makes me bow at his feet. Most men are perfectly comfortable with the ease of the gender inequality, the sisters doing all the chores, the wives working and completing all the household chores, allowing their mother’s to treat them more superior to their sisters etc… It takes the spirit of our Gurus to confront the things that are the most uncomfortable. The simple truth is, that as women alone we cannot change gender inequality. It is the changes we make in our lives, with our: husbands, fathers, mothers, brothers, sisters and our unborn sons and daughters in which we can inspire the wisdom of equality and balance.

When living with his parents, I put my foot down that Sundeep should have the same expectations as myself. We work similar hours and we are both tired after work. After observing the traditional dogma that his mother inherits, I persevered, with the help of his sisters, I witnessed a transition in her. At first when my sister-in-laws or I, asked my husband or my brother-in-law to do anything in the kitchen my mother-in-law would have huge conflict with that notion. Then one day after my husband and I cooked a meal together for the family, she hugged us both and said (in Punjabi), “Always stay strong and happy in doing things together.” The change and shift in her was enlightening and inspiring. If a woman from a very traditional (and backward) background can transcend with a little bit of loving poking, anyone can. She is the inspiration for this blog and I admire her for her growth.

There are times that I prefer to be cooking whilst Sundeep fixes the filing cabinet, but I realize in our own home, we are starting to make new rules. We recognize we like to cook together, make chairs together or serve one another in different ways. Whether that means he makes me breakfast when I feel poorly or I drop him to work when the weather is bad. The doing, whether it is stereotypically masculine or feminine, does not matter if we do it with love and no expectations.

There are many women who are happy to serve the male and be a housewife as the male is the breadwinner. I am certainly not condemning the women who have chosen that path, as I know running a household is not any easier than a career. I urge men to recognize and appreciate that she works hard too. But if you choose to be with a woman who has a career, having compassion for the expectations that society has on her would be a good start to the relationship, then making a physical change in the household, I can assure you, will lead to a happier, healthier and holier relationship.

interesting read...but nothing more than a generalization..
for example i hear many people say "sikhs are very good drinkers" (alcohol)....but then i know many sikhs that don;t touch the stuff.