The Australian Sikh community's major sporting and cultural event was staged at Woolgoolga, north of Coffs Harbour over the Easter weekend. An estimated 15,000 athletes and spectators from across Australia, New Zealand and South East Asia converged on the Coffs Coast for the Australian Sikh Games. The first Sikh Indians to come to Australia from the Punjab, came here to Woolgoolga 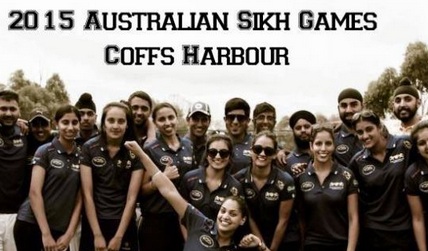 Heavy rain forced the cancellation of outdoor events on Saturday, but the weather cleared on Sunday.

Woolgoolga was an early centre of Sikh migration to Australia and has one of the largest Sikh populations outside India.

The Games included traditional sports like Kabaddi, as well as tug-of-war, cricket and wrestling.

Woolgoolga's Sikh community provided free food over the three days and there were also cultural and spiritual events.

President of the Coffs Harbour-Woolgoolga Sports Club Manjit Singh Sidhu says the Games return in 2021, and there's a good reason the area attracts such a prestigious event.

"The first Sikh Indians to come to Australia, came here to Woolgoolga", he said.

"My father-in-law was the first person to buy a banana farm here.

"People mostly come just to see this area and the beautiful people.

"The people are saying to me, Aussie people in this area are so much more friendly than other places."