We Are One: LGBT Rights And Guru Nanak's Legacy Of Inclusion

This week, I join my fellow Sikhs around the world in celebrating the birth of Guru Nanak, a mystic poet, saint and revolutionary who was born in Punjab in 1469 and went on to found our faith. Our history tells us that when he was about 30 years old, Guru Nanak disappeared for three days while bathing in a river. When he emerged, he stated, Na koi Hindu, Na Koi Mussalman -- There is no Hindu, there is no Muslim. 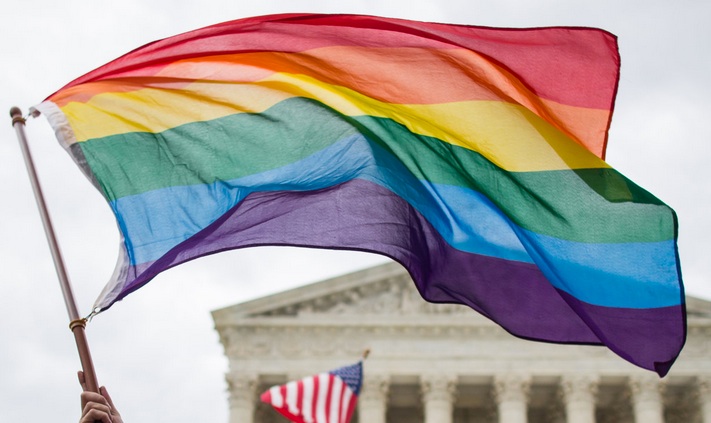 This provocative statement wasn't intended to be a critique of Hinduism or Islam. As Sikh scholar Nikki Guninder Kaur states, "Guru Nanak was not making a value judgment about, nor refuting, the religious life of the Hindus and Muslims of his day. He was pointing to the oneness of the Transcendent that translates into the oneness and equality of humanity."

Guru Nanak saw religious divisions and rigidity as obstacles to the Divine. South Asia at the time was under the rule of the Mughal Empire, which was often at odds with the Hindu population. He saw a society brimming with hypocrisy, intolerance, caste oppression and sexism, all in the name of God. Guru Nanak traveled around Asia and the Middle East engaging the people he met about questions of God, religion, injustice and love, while singing his devotional poetry, accompanied by a Muslim musician, Bhai Mardana.

Five hundred and forty-two years after his birth, Guru Nanak's message is more important than ever, as we as human beings grapple with rampant discrimination in its many forms. We Sikhs pride ourselves on being champions of equality and justice, inspired by the legacy of Guru Nanak.

Earlier this year, I was quite disappointed when the World Sikh Council, a "representative and elected body of Sikh Gurdwaras [Sikh houses of worship] and institutions in the US," joined with other faith-based institutions to essentially champion injustice instead of equality. The organization lobbied President Obama to uphold the so-called "Defense of Marriage Act" (DOMA), a federal law that defines marriage as only between a man and woman. After the Obama Administration took a principled stance against DOMA in February, the World Sikh Council went so far as to co-sign a letter of protest to House Speaker John Boehner denouncing his decision.

While I take issue with the state having a role in defining what is and isn't a legitimate relationship in general (and one's romantic relationship defining whether or not they have access to certain legal protections and social services), it is nevertheless disheartening to see a Sikh institution -- representing the legacy of Guru Nanak -- aligning itself with such reactionary and anti-gay ideology, when Sikhism itself is a freedom-seeking, loving, open-minded philosophy and way of life.

Ik Onkar are the first words (written by Guru Nanak himself) in the Guru Granth Sahib, the Sikh scriptures, and the center of what it means to be a Sikh: Oneness of the Divine, Oneness of the Divine's creation, Oneness of humanity. Our Gurus and our ancestors put everything on the line to establish a world that is inclusive of all people, religions and ways of life -- a world in which all people were equal.

The World Sikh Council appears, in this case, to be fighting for a world quite contrary to this vision. As I reflect on the fact that the Senate Judiciary Committee began debating the bill to repeal DOMA one week before Guru Nanak's birthday, I find myself frustrated by the discriminatory actions of some who claim to speak for my community.

In some ways, the World Sikh Council reflects the homophobia I've witnessed in the Sikh community, which sometimes takes the form of someone saying, "This is not our issue," as if to imply that all Sikhs are heterosexual or that we're only concerned about some people's oppression and suffering, but not all.

To the first point, sadly, just as in other religious communities, we have sometimes forced LGBT Sikhs to choose between their religion and their hearts. Clearly, this is not a dichotomy that should ever exist in Sikhism (or any religion for that matter).

To the second point, there's an important concept in Sikhism called Sarbat da Bhala, which means working for the welfare and well-being of all people. This is a spiritual obligation for us Sikhs. We recite these words countless times, as they conclude one of the central Sikh prayers, Ardas (meaning "petition").

Fortunately, many Sikhs are indeed embodying these words we say so often. A few months after the shooting and killing of two elderly Sikh men in Sacramento, Calif., in March, the Sacramento Sikh Temple offered a reward of $1,000 for information leading to the arrest of the perpetrator of a violent anti-gay hate attack in the same neighborhood. Twenty-six-year-old Seth Parker was punched in the face, suffering multiple facial fractures, while the attackers directed anti-gay slurs at him.

A spokesperson for the Gurdwara stated: "The Sikh Community condemns this disgusting attack motivated by ignorance and hate. In light of the recent murders of two Sikhs in Elk Grove and the hate crime conviction in Yolo County (of two men who attacked a Sikh taxi driver), we are especially sensitive to such crimes. We hope that our reward will help bring these criminals to justice."

Now this is the kind of solidarity that is at the heart of what it means to be a Sikh.

Guru Nanak states: Jaano Jot Na Puucho, Jaati Aagai Jaat Na Hai -- Recognize the Divine light within all, and do not consider social class or status; there are no classes or castes in the world hereafter.

The oppression of LGBT people is one of the most pervasive and accepted forms of subjugation today. Indeed, many individuals and institutions deem LGBT people a lower class or caste, justifying their discrimination with dogmatic rhetoric of what's "natural," "normal" and, in the case of the World Sikh Council's letter to Speaker Boehner, what are true "American values." This is no different than saying turbans are not truly American, so Sikhs should not be allowed to wear them in public. Oppression is oppression. Our struggles are intertwined.