Director Harjus Singh is finishing up post-production for his film, "All Quiet on the Home Front," based on the story of Bhagat Singh Thind, who fought for U.S. citizenship in a landmark 1923 U.S. Supreme Court case. Starring Sikh actor and designer Waris Ahluwalia, the film explores issues of identity, citizenship, and veterans. 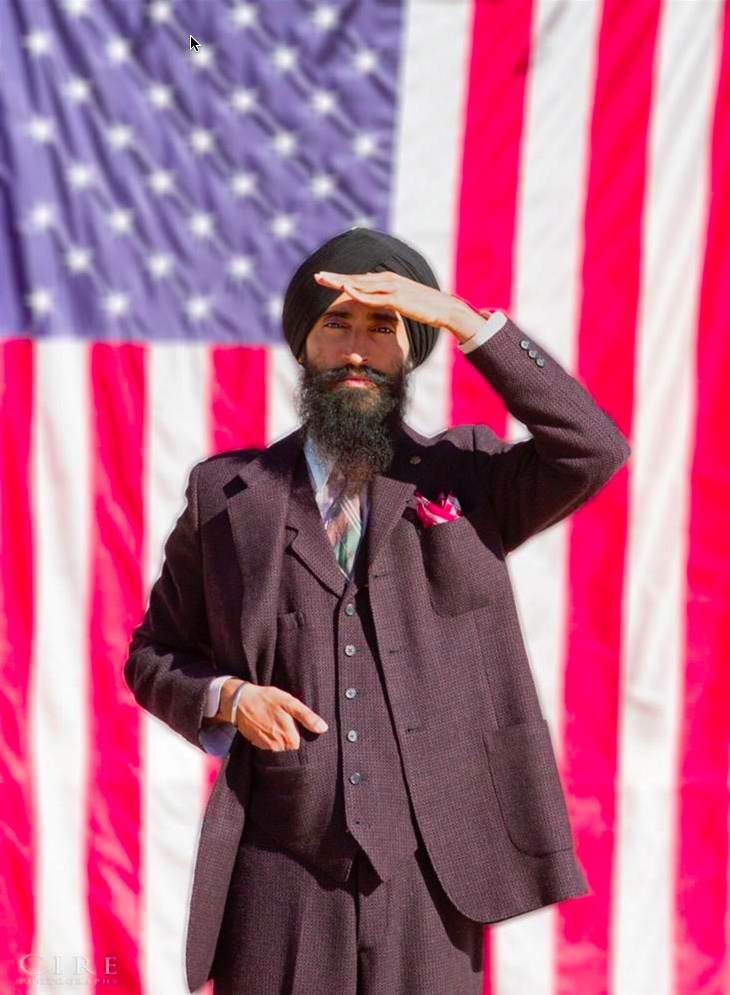 "This was a human story of a World War I U.S. Army veteran who was willing to give his life for a country that no longer wanted him," Singh told NBC News. "Reflecting on the themes of 'What do we define to be an American' and 'How do we treat our veterans,' I also found the imagery of a Sikh with his identity in full U.S. Army attire. And as 2015 proceeded and there was this sense that you had to look a certain way to be perceived as an 'American,' I wanted to show that a person with a turban and beard can be a U.S. Army veteran and an American hero."

The film, which began as Singh's master's thesis for Chapman University's graduate program in film directing, tells how Thind returns home after serving in the U.S. Army during World War I to find that the laws had changed and his U.S. citizenship had been revoked. As he and his Irish-American lawyer (played by Joe Coffey) argue their case, their relationship also transforms from one of strangers to brothers.

Singh said that, even though he was "some random film school directing student," he was able to reach out to Ahluwalia through community contacts. He said that Ahluwalia enjoyed the character, but was also drawn to the activist and civil rights aspects of the script. "Bhagat Singh isn't portrayed as a perfect person but was also put in a difficult situation and had to make a tough decision," said Singh. "The character was treated like a flawed person but we understand his journey and empathize with his struggle, regardless of background."

The film almost did not get made, however, when Ahluwalia was not allowed toboard his plane in Mexico City. "There were certain parallels with what[Ahluwalia] did in Mexico Citywith his character Bhagat Singh that we spoke about in rehearsals," Singh said. "In many ways, Waris had a bit in common with the real Bhagat Singh Thind."

The film is expected to begin showing at film festivals this fall.

This week I took inspiration from the SPN jukebox. Literal English translation by Sant Singh Khalsa in black, my understanding in green underneath...