Humanity To Punjab, with gratitude from Kashmir

True to their faith, and also a minority that has seen and experienced targeted violence, Sikhs across India have come to the rescue of stranded and hounded Kashmiris. Nanak Naam Chardi Kala, Tere Bhane Sarbat Da Bhala” – the last line in the Sikh Ardas or prayer – calls for peace and prosperity for all humanity. Over the past few days, several Sikhs in North India embodied this concept by helping Kashmiri Muslims who were trying to escape vigilante mobs following the Pulwama attack on 14 February.

Kashmiri students and traders, who reached safely home today, had many a story to narrate on the help extended by members of the Sikh community in the aftermath of the Pulwama attack, providing them not only food and shelter in Punjab, but also protection.

To express gratitude, hundreds took to the Internet. A cartoon depicting a Sikh extending his arm to a drowning Kashmiri was an instant hit. Cartoonist Suhail Naqashbandi tweeted: “Sardar means a leader and they lead by example. Hats off for being everywhere to help.” 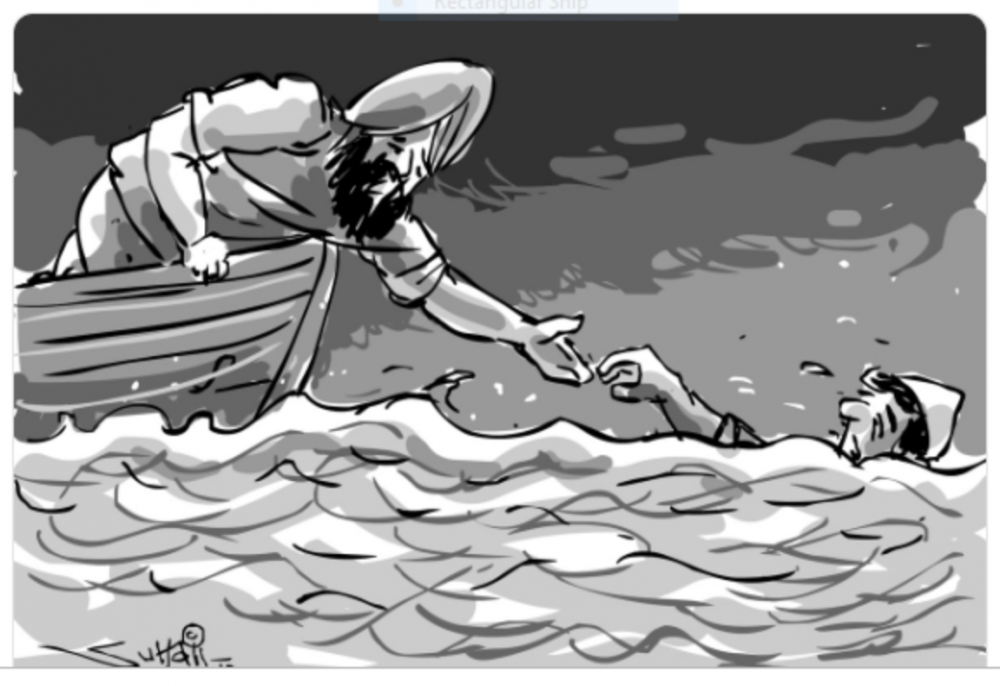 A picture of members of the Sikh community standing guard outside a college in Punjab went viral too. “This is real humanity which these braveheart brothers showed,” tweeted Peer Adil, an engineering student.

“We will never forget what you have done for us in this hour of distress,” wrote Dr Showkat Shaida even as the Gulmarg Snow Bikers Association announced to charge 60 per cent less from Sikh tourists and a doctor vowed free consultation to Sikh children for the whole year.

Khalsa Aid India won special appreciation. “There are so many Punjabis to make sure every Kashmiri is safe here,” said Amarpreet Singh, the director.

Punjab has nearly 4,000 Kashmiri students. Chief Minister Capt Amarinder Singh too came in for praise. “We will ensure their dignity is preserved. No innocent will be subjected to harassment,” he has assured.


Kashmiri students in Dehradun were specific targets following the Pulwama terror attack on Thursday, Khalsa Aid International is reaching out to the distressed students and offering them transportation, food and accommodation. Khalsa Aid, the Punjab-based NGO has got in touch with Jammu and Kashmir Students’ Organisation (JKSO) and providing transportation to 250 students waiting to leave for Mohali from Dehradun.

“When I saw members of Jammu and Kashmir Students’ Organisation are providing help to students facing threats after Pulwama, I followed up with them. We are giving them transportation, food and accommodation. I saw them hungry and scared,” Amarpreet Singh, managing director, Khalsa Aid International, told News 18. He adds, “What is their fault… that they are Kashmiris? We will stand by them and help them. About 250 more students are stranded in Dehradun and want to leave for Jammu. We will take care of their travel.”

While some Kashmiri students are huddled up in a housing society, others have found refuge in gurudwaras. The JKSO — a socio-cultural group that has been working for the Kashmiri students since two years ago — has helped 800 students from Dehradun find safe refuge. Some have been sent back to Jammu and some are staying at various places in Mohali.

Singh says the issue is being hijacked by those who don’t know the ground realities of Kashmir. “People with no understanding of what’s happening on ground are playing politics over the issue. Another country is being dragged into our internal matter. At this hour, we are there for those who need help,” he says.

Kashmiri students studying in Dehradun, many of who have been roughed up since the Pulwama attack, are fearing for their lives and fleeing to Chandigarh, where several shelter camps have surfaced. Khwaja Itrat, president, JKSO, said 300 more are joining fellow Kashmiri students in the Chandigarh camp. Those who were assaulted by the Bajrang Dal and VHP members have been sent to Jammu.

“The students are extremely worried for their well-being. After the protests broke out, we helped 800 Kashmiri students from Dehradun and some from Haryana. Today, again, 300 students have joined the camp as things are not safe for them in Uttarakhand,” Itrat said, adding that there are some students like Imtiaz Ahmad Mir — final-year postgraduate student of chemistry at Alpine College in Dehradun — who spent two days to reach Chandigarh — “without food and by using plastic bags for urination.”

One of the students, on the condition of anonymity, shared: “Our college has assured that in 10 to 15 days when things get normal they will call us back. There is no safety for us and the crowd outside the campus has threatened to beat us up. Some of our brothers were beaten up. We will return when we get a call from our college.”

In Dehradun, the Bajrang Dal convener Vikas Verma continues to issue threats to Kashmiri students, claiming they “engaged in anti-national activities”. He says: “The Kashmiri students are our targets and we want them to leave Uttarakhand. Today, we protested at the medical college near Shimla bypass, making sure those who are still living in area also leave.”

His declares his message loud and clear: “Dogs are allowed but Kashmiri Muslims are not allowed in this state. Within 48 hours, we want them gone from here.” He adds, “Only when the access to education will get restricted will these people stop pelting stones. The nationalists anywhere in the country should make Kashmiri students leave.”

The attacks on the students come in the wake of a terror attack in Pulwama on February 14 in which more than 40 Central Reserve Police Force (CRPF) personnel lost their lives.

(With credit and inputs from News 18 and The Quint)