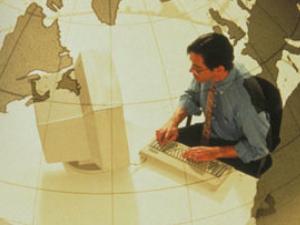 Patiala, July 1: A comparative study by the Economics Department at Punjabi University, Patiala, has revealed that Punjab is lagging behind for providing employment to its educated and skilled people in the last two decades.

The percentage share of transport equipment and parts industry doubled during the study period, providing a major relief to organised manufacturing sector.

The political turmoil, inefficient bureaucracy and militancy in the 1980s led to flight of capital to neighbouring states. The introduction of high fiscal incentives during Vajpayee’s regime in the neighbouring hill states further led to fall in capital accumulation in the state after 2002-03.

Negligible employment elasticity, lack of adequate finance and poor infrastructure were the other core issues. These reasons failed to increase the rate of employment in the post-reform period.

Meanwhile, the unorganised manufacturing sector witnessed higher growth rate as compared to organised sector in terms of fixed capital, input-output, gross value added, number of units, level of employment and emoluments, during the study period. “But the problem with the unorganised manufacturing sector in Punjab - they are tiny units and not under the control of state government and are incapable of providing basic benefits to employees,” says Sucha Singh Gill, eminent economist, HoD, Economics Department, Punjabi University.

Dr Sucha Singh Gill said in year 2003, during the BJP government at Centre the neighbouring states, including Uttarakhand, Himachal Pradesh, Jammu and Kashmir, got special package and concession on setting up industrial unit, that alternatively effected the manufacturing units of Punjab, then later on, the concessions were extended for further five years by the Congress. “Either government should withdraw benefits given to other states or the benefits should be extended to Punjab as well, this would eventually help bring in back the shifted manufacturing sector, increasing employment opportunity in Punjab,” added Gill.