Stop Making Everything Perfect for Your Kid

There was a kid running at the neighborhood pool the other day. The pool attendant asked him to walk, as pool attendants have done since pools existed. The boy’s dad — a big-chested, serious kind of guy — came over to the attendant and told him that, as the child’s father, he’s the only one who gets to tell his kid what to do. If the attendant had something to say, it should be directed at him, not to his kid. He’ll decide if his kid needs direction. 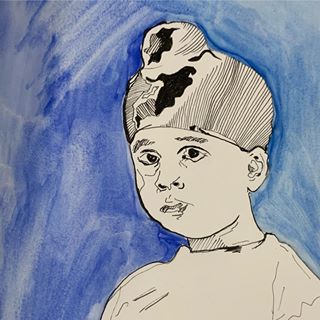 I would have rolled my eyes, but the attendant kept his cool and carefully replied that it was his job to make sure people follow the pool rules, and “no running” is pretty much the universal pool rule. The dad pushed back and added some aggressive posturing to intimidate the pool guy. He didn’t see anything wrong with what his kid was doing, so, as far as he was concerned, the pool guy needed to back off. The kid was free to run at the pool because Dad said so, so {censored} the pool rules. This is America! Nobody tells my kid what to do except me.

There’s a strange fear spreading amongst reasonable grownups. My sister’s family had some friends over. One of the adults gave one of my sister’s kids some polite direction about sharing, or something basic like that. You know, stuff people tell kids. Then the grownup realized the grave error she had made, and apologized to my sister for shamefully overstepping.

“Are you kidding?” my sister said. “I absolutely want you to tell my kids if they’re doing something you don’t think they should be doing! In fact, do more of it! They need to learn to hear things from people other than me.”

If I’m the only one who can tell my kids what to do, I’ve failed them by giving them completely unrealistic expectations of the world. Also, I can’t ever die or leave their side, because my kids won’t be able to take care of themselves. Following Big-Chested Dad at the pool’s logic, a lifeguard can’t lifeguard, teachers can’t teach, coaches can’t coach and, later in life, managers can’t manage. You see where this is going, right?

If I’m the only one who can tell my kids what to do, I’ve failed them.
Click to expand...

The New York Times recently called this style “snowplow parenting” — affluent parents who resemble “machines chugging ahead, clearing any obstacles in their child’s path to success, so they don’t have to encounter failure, frustration, or lost opportunities.”

We all know that mom who’s always at the school, escalating everything to make sure her kid gets an A, is chosen for student council, or gets placed in the gifted program.

I’m striving to avoid that. My middle schooler and his project partner recently failed to turn an assignment in on time, after many reminders of the deadline. The other kid’s mom came to my house and wouldn’t leave until I talked with her for nearly an hour about the injustice. She was heartbroken about the disappointment her kid must be feeling at the failure, and wanted to fix it somehow, or try to convince the teacher to reverse his (entirely fair) decision.

I don’t mean to brag, but my high schooler fails at quite a few things. None of them have been too epic, but there’s still time. I recently told him it’s my job to let him fail while he’s still at home with me, because he needs to learn how to lose his shit and then pick it up and move forward. In my experience, that’s the most important of life skills. I’ll be damned if any kid of mine is going to fall to pieces his first semester in college when he doesn’t ace an exam.

This is an open notice to people who know my kids: Go ahead and tell them what to do. It’s really, really okay. Tell them not to put their feet up on your coffee table. Tell them to stop running, not to play with that knife, or not to touch your things. Tell them not to eat all of your potato chips, and not to take that drink onto your freshly cleaned carpet. Whatever the rules are at your place, tell my kid to fall in line. I have a selfish motive.

Courtesy: Stop Making Everything Perfect for Your Kid