In a possible hate crime, the horse of a Sikh man in the US state of Tennessee has been shot dead from a close range. Devinder Sandhu said the horse, named Misty Blue, was apparently shot dead on Tuesday, according to local media reports. “Sandhu is Sikh and wears a turban. He fears someone may have targeted him, but hopes that wasn’t the case,” a local news channel said, adding that the police ares investigating it as a possible hate crime. 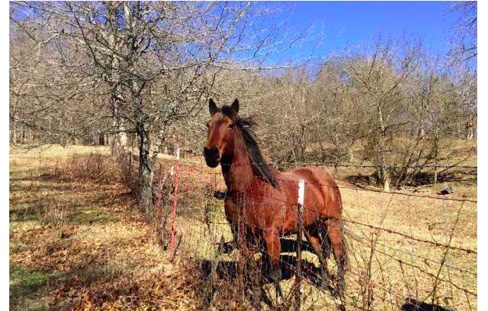 “So that we couldn’t hide or blend into the crowd, so we could stand for our belief, which was protecting the innocent,” 61-year-old Singh said. “Misty Blue was born on our property and was our household pet. For 20 years the farm has been a place of delight and sanctuary for those who have visited. Since this happened it’s all been horrible,” Susan Eslick, wife of Sandhu, was quoted as saying by The Tennessean.

The Sikh community has condemned the incident. “We condemn this barbaric action by a misguided individual who took this step of harming an innocent animal to scare the family and the community. We are shocked by this savagery,” said Sikh Council on Religion and Education’s Chairman Rajwant Singh. PTI

That is sad news indeed.