On the steps of the Sri Guru Singh Sabha Gurdwara, Tirath Singh Khalsa, 11, and his sister, Jasmeet Kaur, 8, waved small Canadian flags and smiled as dozens of members of Surrey’s Sikh community surrounded them. 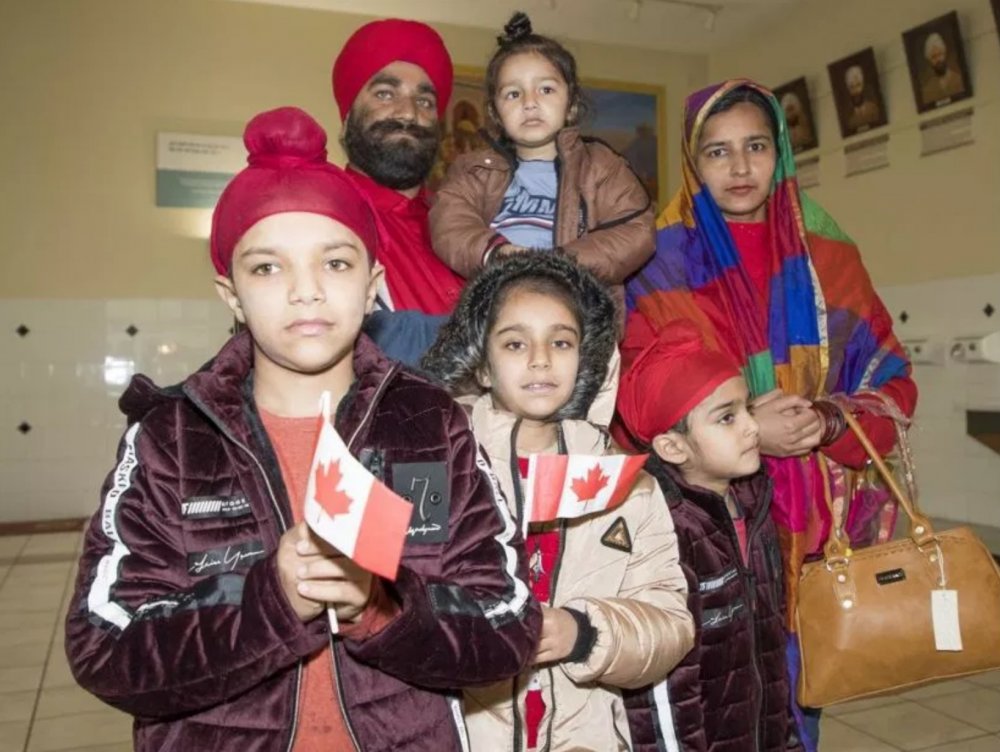 The children, along with siblings Zorawer, 6, Fathe, 3, and parents Havinder Kaur Khalsa, 30, and Shamsheer Singh Khalsa, 40, had just arrived from India, part of a group of Afghan-Sikh refugees privately sponsored by the local community.

Their family had been part of the very small Punjabi Sikh and Hindu community living as a persecuted minority in northeastern Afghanistan. Shamsheer said the family lived in fear of Isis and the Taliban, and resisted threats to change their religion to Islam. Khalsa had been a shopkeeper, but said that because he wouldn’t convert to Islam, he was considered “an infidel.”

Prem Singh Vinning, past-president of the World Sikh Organization of Canada, acted as a translator for the group, and said everyday life for the Punjabi community in northeastern Afghanistan is very difficult.

“The kids can’t go to school, because they would have to cut their hair and remove their turbans. The women would have to wear burkas, otherwise they are not safe at all, they are stoned. It’s very difficult and very challenging,” Vinning said.

Shamsheer said locals were warned by the Taliban not to patronize his shop: “Our business stopped.”

He said the family is very grateful to Canada for the welcome.

“I feel so happy, and say thanks to all Canadians. Canada is a safe country, and everyone wants to be safe and have (human) rights.”

The arrival of Khalsa, his wife and their four kids, and a second Sikh refugee family of six, was an emotional moment for Baljinder Singh Bhuller. Bhuller was on hand representing his late son, former Alberta MLA Manmeet Singh Bhullar.


Bhullar said his son had begun the project of bringing the Afghan-Sikh refugees to Canada before he was tragically killed in a car accident in 2015. The family’s foundation carried on with the work after his death. With the assistance of the WSO of Canada, the Manmeet Singh Bhullar Foundation moved 65 refugee families to India, and began the process of bringing them to Canada through private sponsorship.

“For over three years we have been providing them with food, shelter and medical care through the foundation,” said Bhullar.

Shamsheer said he’s looking forward to going to school — something he was not able to do while growing up in Afghanistan.

By the end of the month the foundation hopes to have 18 families resettled in Canada.

Between 800 and 1,000 Sikh and Hindu families remain in northeastern Afghanistan.

“I would say to the Canadian government to please help them,” Shamsheer said.