The Kennedy Caucus Room was a different event space than the usual historical Senate meeting room on Wednesday evening.

White cloth covered the ground of the room, and upon entering, guests were asked to do two things: cover their heads and remove their shoes. 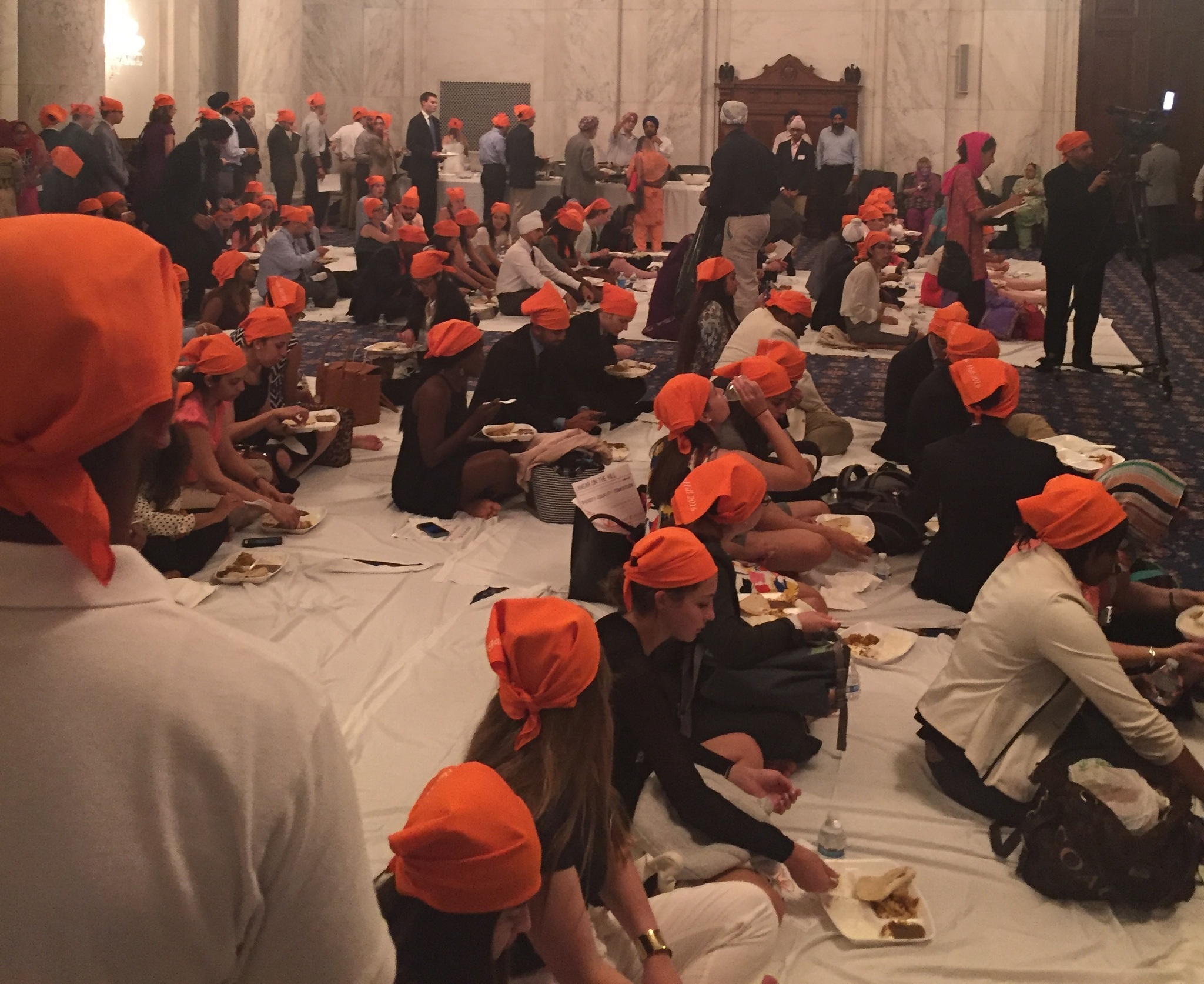 Langar refers to the Sikh tradition of sharinga free vegetarian meal together, sitting on the floor. They are traditionally held at Sikh houses of worship, or gurudwaras.

On Wednesday, orange bandannas were handed out to every guest at check-in and SikhLEAD interns helped people tie them.

Dal Makhani —whole black lentils and red kidney beans in a butter cream—was a favorite, as well as Aloo Gobi —potatoes and cauliflower, cooked in a blend of spices.

“I wanted to make sure people understood the wonderful tradition of heads covered, shoes off and sharing a meal,” California Democratic Rep. Judy Chu said on why she co-founded the American Sikh Congressional Caucus in 2013.

Once attendees filled their plates, everyone sat in rows on the floor and listened to the speakers. Because of the huge turnout, volunteers asked people to shuffle out once they were done eating.

Langar was established by the founder of Sikhism, Guru Nanak, to promote equality by bringing people together to enjoy a simple meal. Through this event, the Sikh community hoped to create dialogues about Sikhism in America.

Not a big fan of politicians (especially now in the US, lol) but this is neat.