India Sex Discrimination In India Begins In The Womb: Study

Sex discrimination in India begins in the womb: Study 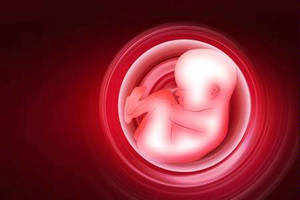 A study suggests sex discrimination begins in the womb
in male-dominated societies such as India..

WASHINGTON: Women in India are more likely to get prenatal care when pregnant with male babies, according to a groundbreaking study that has implications for girls' health and survival in patriarchal societies.

The study by Leah Lakdawala of Michigan State University and Prashant Bharadwaj of the University of California, San Diego, suggests sex discrimination begins in the womb in male-dominated societies such as India.

In India, while it's illegal for a doctor to reveal the sex of an unborn baby or for a woman to have an abortion based on the baby's sex, both practises are common, Lakdawala said.

However, knowing the sex of the baby through an ultrasound also can lead to discrimination for those pregnancies that go full-term, she said in a statement.

In studying the national health-survey data of more than 30,000 Indians, the researchers found that women pregnant with boys were more likely to go to prenatal medical appointments, take iron supplements, deliver the baby in a health-care facility - as opposed to in the home - and receive tetanus shots.

Tetanus is the leading cause of neonatal deaths in India. According to the study, children whose mothers had not received a tetanus vaccination were more likely to be born underweight or die shortly after birth.

The researchers - the first to study sex discrimination in prenatal care - also looked at smaller data sets from other countries.

In other patriarchal nations of China, Bangladesh and Pakistan, evidence of sex-discrimination in the womb existed. But in Sri Lanka, Thailand and Ghana - which are not considered male-dominated - no such evidence existed.

"This type of discrimination we're seeing, while not as severe as sex-selective abortion, is very important for children's health and well-being," Lakdawala said.

Given that previous research has linked early childhood health to later outcomes, sex discrimination in prenatal care might also have long-term effects.

"We know that children born at higher birth weights go to school for longer periods and have higher wages as adults, so the future implications here are pretty serious," Lakdawala said.

The study appears in the Journal of Human Resources.

As usual your articles about sex-discrimination are always informative Soul_jyot ji. One thing however pops out. "Ghana is not male-dominated." Although the idea of male/female dominated must be on a continuum of more to less, I believe Ghana does count as a male-dominated society. The authors are probably over-interpreting Ghana's more progressive record in human rights compared to various other countries in Africa. Also, women's individual rights are sometimes violated in the name of social custom and taboo. (Female genital mutilation in Ghana)

Just because we have "advance" in life with the amounts of technology we have, does not mean humanity has advance, as we still continue to live in a time where a child gender is important to a parent rather than the health of that child.

How does anyone expect change to happen in this world, when we are not the one trying to change for the world?

And anyway you would of thought by now, after the brutal raping's that has happened in India (even though it was not the first time), women would of seen a little light through the end of the tunnel to see that they no longer have to live in a world of sex discrimination, even though our 10 pyario Guru Ji have already established that.