In December 2009, writer-director Rohit Jugraj officially announced his next film, titled 21, based on that one day in the 1897 battle of Saragarhi, when 21 young Sikh soldiers guarded their post against an army of over 10,000 Afridi Pathans. While Jugraj got busy writing the screenplay for Abbas Mastan’s Players, Sanjay Dutt and Sunny Deol were also known to be exploring the same subject for their next. 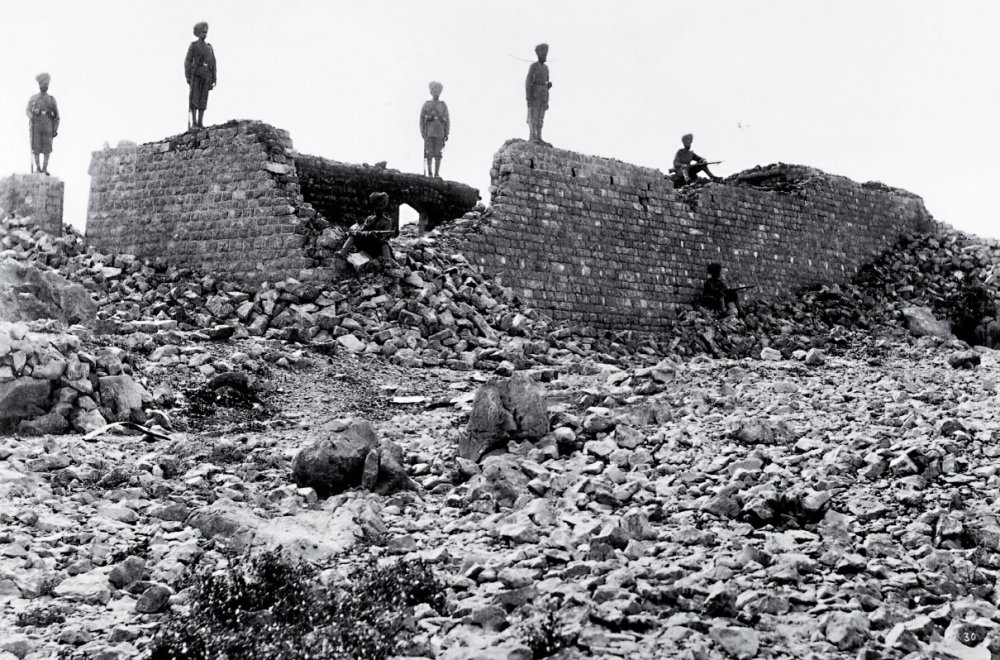 But before any of this could materialise, director, writer and producer, Surinder Sharma, took the cake. He has already started work on a full length Punjabi feature film based on the epic battle, which has, in fact, been listed as one of the top eight battles of bravery by UNESCO. Titled Battle of Saragarhi, the film is being produced by Media Radiance, a Mumbai-based production house, and Sharma says this film is a tribute to the exemplary valour and supreme sacrifice of those 21 soldiers.

“I have always wanted to make a serious film in Punjabi that could throw light on our rich history and culture, and is not just another NRI take on Punjab,” says Sharma, who has produced over 200 television commercials, documentaries and has written dialogues for the critically acclaimed film, Devaki .

Surprisingly, Sharma says his major source of information is streaming in through Facebook, with Punjabis all over the world sending him links, nuggets and rare pieces of information on the historic battle. Gathering records was an arduous task, with Sharma making endless visits to the Panjab University library to scout for old books till he stumbled upon a rare, epic book called Khalsa Bahadur, which inspired him to pay a tribute to those 21 brave Sikhs through a film.

To make sure he recreates the drama in all authenticity and follows the SGPC (Shiromani Gurudwara Parbandhak Committee) norms regarding films on Punjab history and culture, Sharma has roped in amritdhari Sikhs (baptised Sikhs) to play the part. “I can’t take actors who smoke or drink or are non-sikhs for this film. Moreover, the real amritdhari Sikhs will lend more character to the film. Moreover, signing them on will keep the budget in check, for they don’t have five-star demands,” says Sharma, who has kept aside Rs 6 crore for the project. To being in more realism, he is now looking for someone who can speak Pashto, the language of the Afridi Pathans.

“Students in France and Italy have read about this battle in their academic courses, while England, too, has honoured the 21 Sikhs by making a museum in their name in London.

But in India, we are clueless about their sacrifice. I want people to remember those brave jawans,” says Sharma. The shooting for the film starts next month.
R


MAKKAR PROMISES THE MOON TO VOTERS​
As part of their promises to the voters, Makkar has said that the next General House will work at establishing a Sikh museum at a cost of Rs 100 crore at Akali Market Sri Amritsar and Rs 25 crore would be spent on the construction of sarai (inn) at Saragarhi site. He has also announced that the upgradation of the langar building at Sri Harmandar Sahib would be completed by the next SGPC house at a cost of Rs 20 crore. The run-up to the SGPC elections has been quite uncertain. At one point, it was thought that the poll would have to be postponed when the counsel for the Government of India, Harbhagwan Singh, made a statement in the High Court that a notification debarring Sehajdhari Sikhs from voting had been withdrawn. Union Home Minister P Chidambaram and Union Law Minister Salman Khursheed had to make statements in Parliament saying the statement was wrong and polls would be held on time.
http://www.tribuneindia.com/2011/20110917/punjab.htm#1
Rajneesh Madhok

Let's not belabour these elections. Want to remember these brave men even if politicians look to make headway from their sacrifices.
R

Hon'ble SPNadminji,
The politicians want to get benefit by making promises and playing with the sentiments of the public. No politician visited the site on Saragarhi day though everybody keep on befooling the public by making this or that statement.
http://www.sikhphilosophy.net/india/36921-politicians-forget-saragarhi-martyrs.html#post152941
Regards,
Rajneesh Madhok