Seeing Through The "Single Eye" Of Equality

The great Sikh ruler, Maharaja Ranjit Singh was scarred by smallpox during his childhood, leaving him blind in one eye.

It is said of this great Emperor that when questioned once about how the disability of having only one good eye and the other blind affected him, he is described as having replied: "God wanted me too look upon all religions with one eye, that is why I was deprived of the other".

The wit and wisdom contained in the above saying gives us much to ponder.

To see the world through "one eye", to recognise the underlying unity of reality rather viewing it through a biased, black-and-white dualistic mindset - this is beyond doubt one of the most important lessons that a human being can learn. The repeated message that one's goal should be a reuniting of opposites, an end to the differentness of things that is a mark of this world, a grasping of oneness - in short, the experience of unity both within and without.

It is taught very clearly in the Granth and I was impressed by the candid way in which the Gurus expressed this crucial truth:


"...He is within - see Him outside as well; there is no one, other than Him. As Gurmukh, look upon all with the single eye of equality; in each and every heart, the Divine Light is contained...”


Jesus also taught that we must see the world through a "single eye". Many Christians puzzled for years over what he meant. The Gospel of John describes how Jesus' disciples often whispered quietly behind his back saying, "What he is talking about? We do not understand what he means". What on earth is a 'single eye'? It seemed nonsensical to most.

Jesus lamented, "Those who are with me have not understood me". His frustration was palpable.


The Gurus expressed the same basic, perrenial truth but I would say in a clearer fashion.

For Jesus said in the Sermon on the Mount:

- Jesus Christ (Sermon on the Mount)


Jesus did not qualify the "single eye" with a descriptive meaning. He wanted his disciples to discover the meaning for themselves. But the Gurus explain by saying, "the eye of equality". Jesus' meaning becomes unamnbiguous in the Granth.

An old Christian hymn expreses the meaning of Jesus' words about the single eye very well:


"...Let your eye be single, without a double/divided mind.
F C D7 G7
No need to walk in darkness, once His light has shined.
F C F C
Open up those eyes and see the victory complete..."

This is a very profound and meaningful spiritual message. And I think it deserves our deep meditation.

I see it as moving beyond a dualistic mind set of "male and female", "rich and poor", "black and white", "believer and non-believer" etc and grasping at the true reality of the human race, our oneness which stems from the fact that each human being is himself made in the one Image of God, and so meaning that harm to a human being is harm to the whole of humanity and to God, since we are all One Image.

This was explained beautifully by the Catholic mystic Ruysbroeck:


"...In the most noble part of the soul, the domain of our spiritual powers, we are constituted in the form of a living and eternal mirror of God; we bear in it the imprint of His eternal image, and no other image can ever enter there...The image of God is found essentially and personally in all mankind. Each possesses it whole, entire and undivided, and all together not more than one alone. In this way we are all one, intimately united in our eternal image, which is the image of God and the source in us of all our life. Our created essence and our life are attached to it without mediation as to their eternal cause...The immesurable abyss of Divinity is a holy darkness which contains, enfolds and transcends every attribute in the all-embracing circle of essential Unity, and the mystery of possession is consummated in these hidden depths...It is the end of transcending, the merging of the sublime in the nameless Eternal...a Unity of Essence, ocean of sure unending peace...When love has carried us above and beyond all things, above the light, into the Divine Dark, there we are wrought and transformed by the Eternal Word Who is the image of the Father; and as the air is penetrated by the sun, thus we receive in idleness of spirit the Incomprehensible Light, enfolding us and penetrating us. And this flight is nothing else but an infinite gazing and seeing. We behold that which we are, and we are that which be behold; because our thought, life and being are uplifted in simplicity and made one with the Truth which is God..."


Jesus Christ taught something very similar to this, I think, according to the Sacred Tradition passed down by the Fathers.


"...For the Lord Jesus himself, being asked when the kingdom would come, replied, ‘When the two shall be one, that which is without as that which is within, and the male with the female, neither male nor female’..."


The Apostolic Father in this holy epistle goes on to provide an interpretation of this saying of the Lord which the Church has passed down (although its not in the Bible we Catholics regard Sacred Tradition as divinely revealed unlike Protestants):


Notice the similarity between this non-biblical teaching of Jesus and the Gurus. (I'd add that some of the best sayings of Jesus are not in the Bible! Which is why few know them! Isn't this a terrible pity when the Catholic Church Fathers have preserved them and they are so very wise like the above?).

The Granth says, "within...without" and Jesus says it too. Why? What does this mean? What is it about our "inner" reality that must work in harmony with our "outer" reality? Must we realize that the light we have "within" is also without, in all other people and in all of creation? For Jesus said, "The Kingdom of God is within you and it is outside of you". Simultaenously.

The Gurus teach that we must move beyond "dualistic" thinking. Jesus expresses this by saying that the "two must become one", we must end our man-made divisions of God's universe into inferior, human distictions between male and female, blacks and whites, rich and poor, friend and foe. That is why Jesus teaches that we must "Love our enemies" - which makes no sense unless we realize that all men are brothers and possess the same inner light (a key facet of the Quaker faith).

The Gurus teach that one must see everyone in an equal light, because in every heart the Divine Light dwells. Jesus taught:


"...You are the light of the world. A city that is set on an hill cannot be hid. Neither do men light a candle, and put it under a bushel, but on a candlestick; and it gives light to all that are in the house. Let your light so shine before men, that they may see your good works, and glorify your Father..."


Yes - YOU! You sitting there reading this thread on your computer! :grinningkaur: Not Jesus or Guru, YOU. You are the light. The light is within you and every other person and it must be brought out, realized, recognised, respected and revered in others.

In Sacred Tradition, recorded by an early Church Father called Saint Clement of Alexandria, Jesus was once asked by a disciple, "I want to see God, show me God my Teacher!"


"...There is only one breath; all are made of the same clay; the light within all is the same. The One Light pervades all the many and various beings. This Light intermingles with them, but it is not diluted or obscured. By Guru’s Grace, I have come to see the One. I am a sacrifice to the True Guru..."


God is within all of us! We are the Temples of the Holy Spirit! All equally are indwelled with the Divine!

There are many meanings within this profound teaching of the Gurus about "seeing with the single eye of equality".


I would like in this thread for you, my dear SPN'ers, to offer your thoughts on the significance which this teaching holds for you personally in your day-to-day lives. How does it help you in your relationships with others and with the world?

All religions teach essentially the same morality and humanists also have this morality code. Similarities should be acknowledged, however, differences in the ways of following cannot be ignored. On a practical level, I respect my friends choices in their own religion or lack of religion, and we discuss similarities as well as differences. In return I expect the same respect to be a Sikh and look like a Sikh. In essentials all humans are the same and guided by the same forces but we are all individuals so different paths appeal to different people.
P

Those who start and complete their journey on a SINGLE PATH they are successful in reaching the desired destinations.
Those moving on diverted paths always go astray.
Whether one moves on Single path as directed bu GuRu or moves on diverted paths is all preordained.
So one should always remain under the guidance of GuRu teachings for making his journey a success.
Prakash.s.bagga

Our masters wrote in Riddles and parables :


The single Eye our masters quote is the Third Eye

When we raise our holy Spirit / Kundalini through deep meditation and initiations from our masters,
we start seeing though our third Eye.

Its not the physical eyes our Masters are talking about

Its thourgh our third eye that we can access our God head!

When Moses through down his staff in the wilderness and wrestled with the snake - This is another parable.
When he went to the top of the Mountain and spoke to God 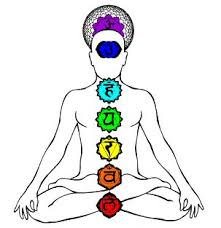 The Staff is our Kundalini spine. 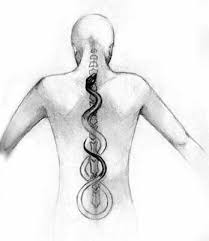 Wrestling with the snake is raising the Kundalini.
Its is every mans birthright to raise their Kundalini to allow communion with their God head.

When Jesus washed the feet of his Apostles he was Initiating them raising their Holy Spirit/Kundalini.

Its nothing to do with our physical Eyes!