A health and safety exemption that was originally designed to allow Sikhs to wear a turban in place of a safety helmet on construction sites is to be extended to all workplaces from 1 October 2015. The Employment Act 1989 exempts turban-wearing Sikhs from any requirement to wear head protection when working on construction sites. 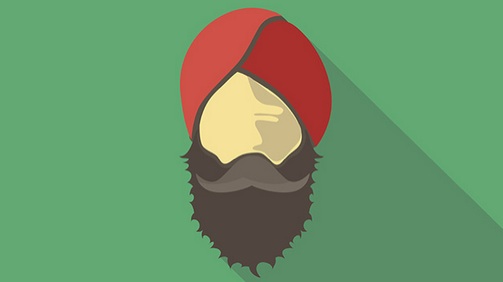 However, it does not extend to workplaces in other industries where head protection is often required, such as factories, warehouses and transportation.

The extension of the rule to all workplaces is being introduced on 1 October 2015 via the Deregulation Act 2015, which received Royal Assent on 26 March 2015.

The change means that there will be a specific rule that employers that normally require staff to wear protective headgear in environments where there is a significant risk of head injury will have to exempt Sikhs employees who wear a turban from the requirement.

Stephen Simpson, XpertHR principal employment law editor, says: “Employers with Sikh employees may already have had to deal with this sensitive issue.

“The key problem is having to balance health and safety needs with the employee’s right to express their religious beliefs freely, to avoid the risk of an indirect race or religious discrimination claim. This new rule at least provides certainty for employers.

“Employers don’t need to panic just yet, as they have plenty of time to review their rules on dress codes and protective equipment. Contrary to some press reports, the new law is not yet in force. Although the Deregulation Act received Royal Assent on 26 March, the secondary legislation does not bring the relevant sections of the Act into force until 1 October.”

The Sikh Council UK, which lobbied for the amendment, highlights instances of Sikhs facing disciplinary action and even dismissal on the basis of their refusal to remove their turban to wear a safety helmet.

Some limited exceptions where employers can require Sikhs to wear safety helmets will remain, mainly involving the armed forces and emergency response situations.

The Deregulation Act was one of the last Bills to become an Act of Parliament before the dissolution of Parliament on 30 March, in preparation for the general election on 7 May

If this goes into effect companies should require Sikh employees to sign a waiver regarding insurance for head injuries that protective helmets would have otherwise prevented. We can't expect to have it both ways. That would seem to me to be the antithesis of truthful living.

While we're on the subject,...

Could someone please explain to me what I've always viewed as a solution in search of a problem? Where is it brought down that it's forbidden to wear a helmet over a dastaar? And, if it is, where did all those battle helmets from the period of the misls, complete with built-in cavities for jooras, come from?

Please don't repeat the story of the soldiers during the World Wars who were eulogized for their outstanding bravery for going into battle with only their turbans for protection; I'm familiar with it, and in this instance it's a non sequitur What I want to know is, why did they do so when there is such an obvious precedent for wearing helmets? A patka or parna would surely have fit under even a standard military helmet, as we see today with Sikhs who serve in the armies of Canada and the U.S.