Racism in Football: ‘I’m not going to let racists stop me playing the game I love’ | SIKH PHILOSOPHY NETWORK
Menu
Log in
Register

Racism in Football: ‘I’m not going to let racists stop me playing the game I love’

Balraj has suffered racism in football on two separate occasions at football camps.

This is his story.

Balraj went to his first football camp in 2017. He was really excited about the opportunity, but during his lunch break three older boys racially abused him. They said they'd "knock his snowball off his head" and said he couldn't be from the UK, because he "is brown". 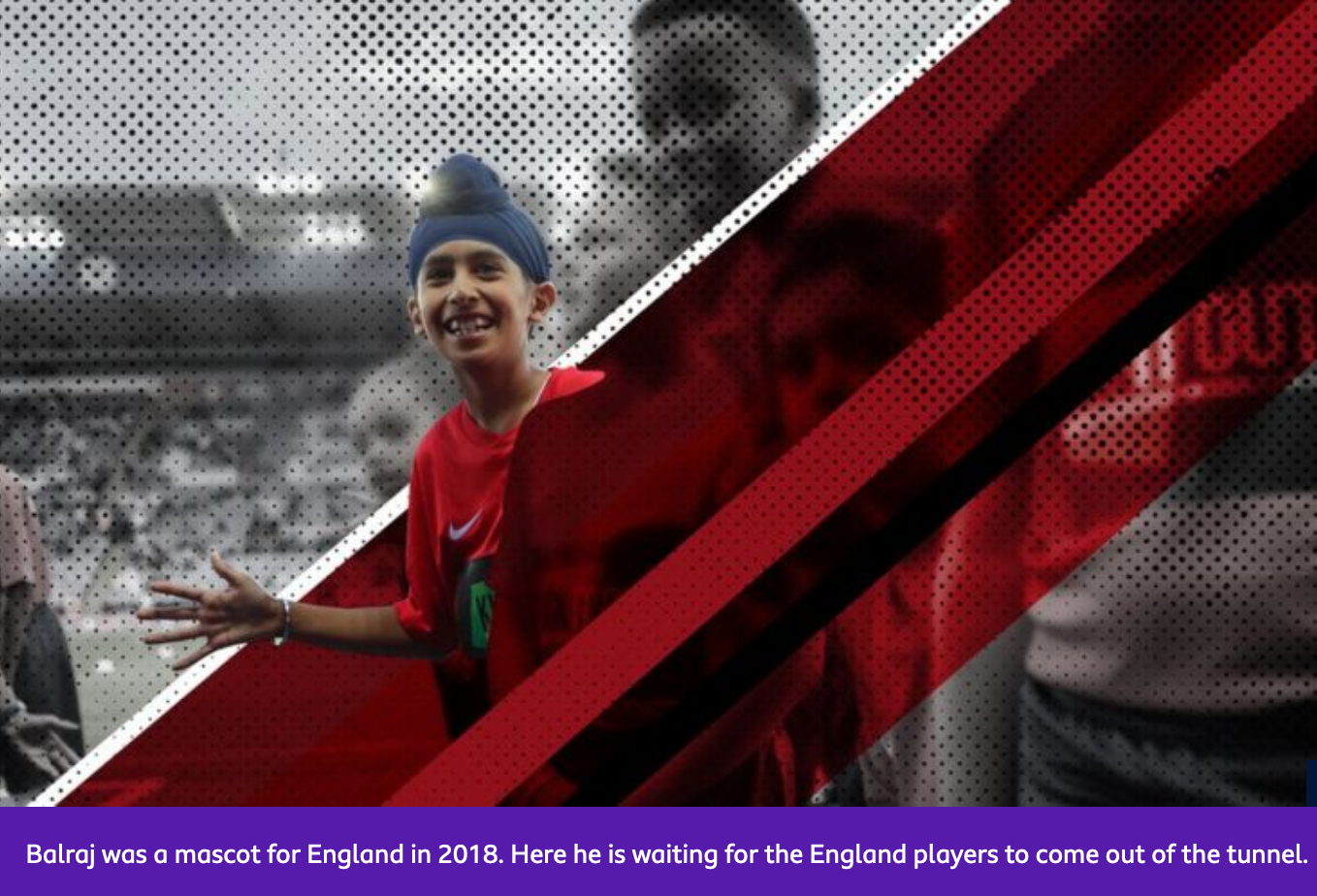 He was pushed into a corner and he didn't know what to do because he was shocked and scared. He didn't understand at that point what was happening or why.

Balraj told the coach what had happened, but the coach did nothing to tackle it. The boys carried on and weren't punished. He cried when he got home and was too scared to go back to the camp.

After this experience his parents explained to him that what he'd experienced was racism.

A year later, in 2018, Balraj's parents encouraged him to go to another camp. He had prepared himself that he might experience racism again in football.

On the pitch another player went to grab his Joora. The Joora is the top knot worn by Sikhs.

This time the racism was dealt with by the coaching team. Balraj felt supported but still found the incident very upsetting.

A number of his friends have had similar racist experiences.

Balraj decided he wanted to do something to challenge racism in the game. He joined his school's equality council and with the help of his teacher, invited Kick it Out in to do a talk. Kick It Out is an organisation that works towards equality and inclusion in English football.

The nine-year-old now promotes equality - that means making sure everyone is treated fairly - and educates other students and players about racism.

Because of his work he was chosen to be an England mascot in August 2018. He walked on the pitch with Danny Rose and met the full England football team. He says it was a dream come true!

This year he went to another football camp, at Bradford City. The organizers started the day by saying no racism or abuse would be accepted. Balraj had an amazing time. He wants to see more adults working with kids - as coaches or refs - setting boundaries in this way.

Balraj is passionate about tackling racism in football.