When I began this essay I wondered about the title. Two hard to resist alternatives that almost got me were: 1. Questioning the status quo, or 2. The Place for Confrontational Thinking in Religion. Our many religions weave humans into a magically engrossing rich tapestry. 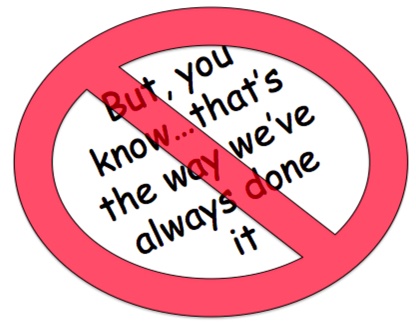 But look at them: There is the essential core of a belief system in every religion that stands pretty much outside the realm of evidentiary rules of history or logic. And that’s what we designate as faith.

Faith then constitutes what is often something for us to do or die but never to ask why.

On the other hand faith, to me, is merely recognition of the fact that humans and their faculties are finite while the ultimate reality is infinite. It’s thus a given that the finite cannot wrap its arms around the infinite.

To argue otherwise would be a contradiction in terms. That’s why it is said that the Infinite is such that our senses cannot fully perceive, nor can our intellect fully fathom but with which our inner self can commune.

Clearly, we know that human intellect is fallible, its tools limited and its conclusions often flawed or, even more importantly, incomplete – perhaps good for the time when they are made but not for ever. But faith, we insist, is forever.

Emil Durkheim (1858-1917) a preeminent social scientist of the time opined that religions arise and exist primarily as the glue that unites a people into families, clans, communities, townships and even nations. Religious bureaucracies then evolve to help the variety of followers that follow a somewhat common (standardized/normative) protocol and values, while lessening controversy on how and what to do, or what not to do, in a given situation.

This is not much different in principle from rules that drive any secular society with self-governance at its core. In matters of religions, similar rules and traditions then become the requirements of a faith.

But debate and even disagreement on such matters never ceases, nor should it. In fact it should be welcomed. That’s how clarification comes, even to the most esoteric issues and questions. Debate and discussion remain the sword of Damocles for even the most resistant of questions.

But sometimes the keepers of the protocol become talibanesque and rigid; the glue that binds us, and that is religion, becomes more like crazy glue that destroys a people’s resilience and their freedom. Also in time, as our knowledge of our neighbors and the world expands; the discussions on matters of belief and customs continues and often assumes new forms and different parameters.

I have been thinking and writing about such matters for quite a few years but today I celebrate the life of a giant in the field. Just days ago I caught an obituary on Professor Marcus Borg, a noted liberal Christian scholar.

Borg derived a positive vision of Christianity from two very opposing perspectives – the fundamentalist (literalist) Christianity combined with the perspective of liberal Christianity. Just imagine the juxtaposition of these two viewpoints in the current political climate, especially in the good old U.S. of A.

One would think their intermixing would be like that of oil and water. One would think these two frameworks would be perpetually at war with each other, never to be reconciled under the same tent, and certainly not in this world.

But Borg was noted for his gentle demeanor. He particularly relished public conversation and debate with conservative Christians who endlessly criticized both his method and his message.

One of his consistent opponents was the equally eminent, Professor N.T. Wright. The two were often on the opposite sides of the debate on “Virgin birth” of Jesus and as also the matter and manner of his “bodily resurrection.” Wright believed these events to be literally true while Borg saw them as metaphors. (As an aside, I personally agree with Borg, but that’s not the point here.)

But as the obituary on Borg noted, “Despite their disagreements, Professor Wright said, both he and Professor Borg shared a deep and rich mutual reflection and friendship.” They even wrote a book together: “The Meaning of Jesus: Two Visions.” In this the differences in interpretation were not minimized, and neither view was diminished or silenced.

Every religion is loaded with ancient lore and mythological tales – perhaps they help bind a people together, perhaps they divide and drive them further apart and may even drive them to bloodshed. Keep in mind that some Christians may want to minimize the emphasis on such theological issues in this day and age, without diminishing the rich message of Christianity. Others are quite the opposite. And both can be adamant.

Now for an abrupt turn!

From contemplating this coexistence of opinions, my mind raced to our Sikh reality today. I look at Sikhi similarly; it is not always a leap of faith or imagination. We know that our old literature, as rich as it is, conflates logic and reason with Indian lore of yore and magical events that are not essential to the Sikh message. That is, at least, my take on this.

History suggests that at the end of their days the remains (flesh) of Guru Nanak and Guru Arjan were never recovered. This means that the followers were not able to complete the last rites as they might have wished. But to go from there to a magical disappearance of their bodies and their relocation to a fanciful place where the Creator resides flies in the face of Sikh fundamentals, yet I have heard such a position fiercely advocated in many gurduaras. Similarly I have heard noted Sikh scholars strenuously argue that at the end of his days Guru Gobind Singh walked out of his burning pyre; some castigated me most severely for arguing for a more logical and human ending to the Guru’s life.

We only have to look at the parables in the Janam Sakhi literature to find oodles of such examples that I think the Gurus might have laughed away. Yet, the stories hold sway even today. And we battle over them more often than we need to.

We know that some Sikhs like me might want to jettison all such as heresy as unnecessary baggage while others would die defending it as God’s glorious truth. We need to recognize that old literature is more metaphors than it is the literal truth. Yet, the Janam Sakhi tradition, too, has an important and critical place in the hearts and minds of the believers and that need not be trivialized.

But often hard lines are drawn in the sand and the tenor of the debate quickly morphs to a cataclysmic war.

Opposing opinions on such matters as I listed here are healthy. Would such views be changing our faith or rewriting it. I don’t think so. I think it would be merely re-polishing it and renewing its gloss through the lens of today.

I commend Professors Borg and Wright for holding on to their contrarian views and yet being able to continue the dialogue without personal animosity and vilification.

Neither of the two becomes less of a Christian because of his views, nor does either one see the other as the enemy. I say this even though the issues of virgin birth and resurrection of Jesus are fundamental doctrines of faith that must never be questioned in some Christian denominations.

I see that Christianity has a history of blacklisting literature that emanates from “heretical” ideas and of excommunicating the authors. And then I see that Sikh history shows a similar though smaller record in such matters. I point to Professor Gurmukh Singh, Babu Teja Singh (Bhassaur)in the last century, and Gurbaksh Singh Kala Afghana, Professor Piar Singh and Professor Darshan Singh in more recent times. These good Sikh scholars were all, at one time or another, excommunicated for their writings.

My list is intentionally incomplete. The purpose is not to focus on which religion or society has a worse record of censoring its members or their ideas. Instead, it is to point out the commonality of such human behavior whenever societies – religious or secular – feel insecure or threatened by controversial ideas.

We need to remember that debate is good and questions should be welcomed. In a healthy vibrant society – civic or religious – there is no reason to promote or expect homogeneity of thought and uniformity of ideas; that would pave the way to a fossilized tradition, and who needs that. Yet, in a dynamic society the essentials of the faith would and should remain largely unchallenged and unchanged but not unexplored.

Remember that it is in conversation, discussion and debate that we define our goals, sharpen our focus and hone our skills.

And this remains a never ending process. That’s the way to make Sikhi eternal and timeless.