The Vagner Group is reporting successful but “heavy, bloody battles” today for control of Soledar and its salt mines. Vagner covets the mines for their extensive labyrinth of large tunnels to house troops and armored vehicles deep underground.

The mercenary group's battlefield claims are being confirmed by the UK Ministry of Defense (MoD) which reports most of Soledar has fallen to Russian forces after hundreds of “tactical advances” over a period of weeks. The MoD also claims Russian efforts over the past four days have focused on trying to encircle Bakhmut but without discernible success.

However, President Zelenskyy disputed Vagner’s claims. “UAF forces are holding ground despite widespread destruction. The fighting is fierce and the ground is covered with Russian corpses – not Ukrainians.”

In the meantime, Ukrainian General Valery Zaluzhniy is warning Russia is preparing for a new major offensive on the capital Kyiv with fresh troops.

Russia has mobilized 300,000 new troops, to flood the Bakhmut battle lines, for instance, with thousands of fresh troops. Russia may decide to attack from Belarus side, and have another go at Kyiv, to effectively neuter any efforts at Bakhmut or around Donetsk.

https://www.quora.com/Ukraine-is-lo...roviding-weaponry-and-facilitate-a-diplomatic
Ukraine has lost the war so far. NATO countries are bleeding, no doubt. A huge new attack from Russia is imminent. Instead of the US and NATO entering into diplomatic initiatives have chosen to send another weapons package of game-changing systems to Ukraine. These are:

This may be the beginning, but there may be more to come. As soon as these weapons are on the battlefield, the Armed Forces of Ukraine will be able to conduct what is called combined arms warfare operations, for the very first time: All major weapons systems you need for an effective armored attack are now available to them:
Without the Bradleys and the Marders, the Ukrainian infantry was simply unable to follow their tanks. Their vehicles were either too lightly armored to be used on a hot battlefield (the M113, for example) or they were unable to keep up with the tanks in heavy terrain (the Boxers, and all other wheeled vehicles).
Now every vehicle the Ukrainian Army needs to conduct a “classical” armored operation is heavily armored and on tracks. This means they can work together. We can expect major combat operations involving these vehicles in March or April. The Americans and Germans may decide to donate their modern Main Battle Tanks (Abrams and Leopard 2) to Ukraine.
This way The US, Germany, and France keep on the battlefield boiling and do not allow Ukraine to enter into negotiations. For the US it is a very profitable proxy war since sending finances and equipment, it is weakening Russia which remains the US main aim.

The new emerging threat of a war zone from Russia, though the Ukraine war sanctions slowed its developments. Now its first flight is supposed to be in 2025. Will it work out? 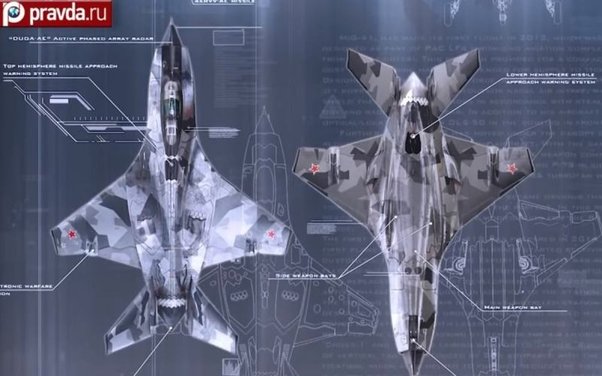 Ukraine Paratroopers of the 77th and 46th Brigades are reported to still be on the western edges of Soledar on 13 th January but slowly are pulling out of what's left of the town.

Ukraine's Special Forces Captain Taras Berezovets said his men “... are on the western outskirts of Soledar. It made no military sense remaining there. It is completely destroyed. There is no single building that survived Russian shelling. The morale of the front-line troops remains high. But we believe a decision to formally withdraw will be made in the coming days. Our mission is holding on as long as possible and killing as many Wagner fighters as possible.”

The Captain went on to say most of the last two weeks' fighting had been block-to-block street fighting between small units of four to eight fighters.

Western analysts state a UAF withdrawal from Soledar will not affect the ability of the Ukrainian military to supply Bakhmut due to two major roads leading into the town still firmly in Ukrainian hands and Ukrainian fighter jets destroying the nearest Russian positions. However Kremlin claims to the contrary, 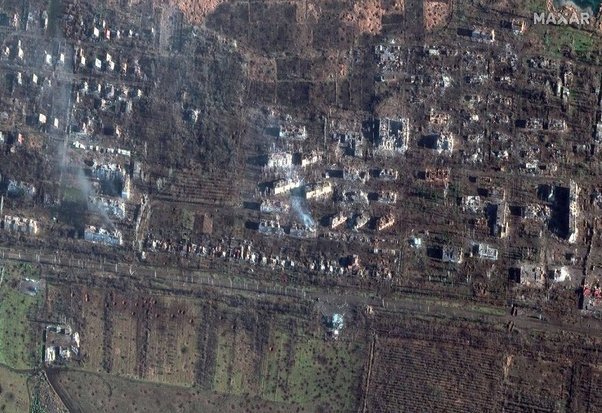 On 16th January 2023 Saturday Russia's attack by Russian Missiles in the southeastern Ukrainian city of Dnipro has risen to 35, an official says. Rescuers searched for more victims in the rubble of an apartment building that was hit, Governor Valentyn Reznichenko said on Monday. At least 75 people were wounded and 35 others are missing after Saturday’s strike. About 1,700 people lived in the multi-story building. Residents said there were no military facilities at the site. If the death toll is confirmed, it would mark the deadliest attack in one place since a September 30 strike in Ukraine’s Zaporizhia region, according to the Associated Press-Frontline War Crimes Watch project. The attack appears to have been part of a barrage of Russian cruise missile strikes across Ukraine. Russia however denies this strike and the damage.

In this ongoing War , Modi Government has done a great job in repostioning Brand India globally .Russia is under American Sanctions and no one can trade freely with Russia except India which buys Russian Oil on preferred terms converts it into finished products at big refineries & sell it to Western Powers . Two Opposing military superpowers of the world claim India to be its Ally

2. According to the Russian Ministry of Defense in a message to the Telegram, high-precision and long-range Kalibr naval missiles destroyed a large consignment of weapons and military equipment delivered by the US and European countries to a group of Ukrainian troops in Donbas.

3. In total, since the beginning of the special military operation, the following have been destroyed: 174 aircraft, 125 helicopters, 966 unmanned aerial vehicles, 315 anti-aircraft missile systems, 3182 tanks, and other armored combat vehicles, 402 installations of multiple launch rocket systems, 1614 field artillery guns, and mortars, as well as 3054 units of special military vehicles.

Putin is often pointed out for not ensuring proper training of his forces and his knowledge of Ukraine and the plans of the USA and NATO. Putin basically knew everything because nothing was classified. They knew Americans were in Ukraine for years training together for this day. They knew the Americans left a week before the invasion. They knew Europe and North America were going to impose new sanctions. That they would help arm and supply Ukraine as they started sending supplies and equipment weeks before the invasion. What Putin didn't expect was Zelensky staying in Ukraine and his people behind him. They never expect Ukraine to be United and Stronger than ever during the invasion. It is the steadfastness of Zelensky and his people standing beside him that made the situation worst for Russia and the war has been prolonged.
K