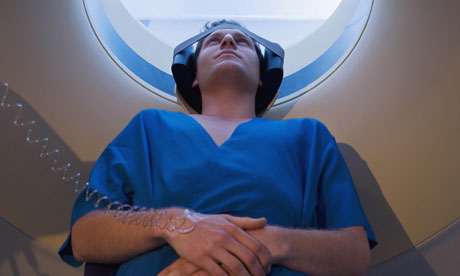 A recent article in the journal Neuron analysed how neuroscience stories are typically presented by major UK newspapers. Although diplomatically stated in the paper, the findings do not inspire confidence. To summarise, it seems that when neuroscience findings are covered by the mainstream press, they're invariably interpreted in questionable ways in order to support political ideology or predetermined views and theories, up to and including discriminatory stereotypes - for example about homosexuals.

While newspaper stories about neuroscience research usually have some sort of appreciable logic, they typically end up with conclusions or predictions that are well beyond the focus of the original study, and bear little or no resemblance to a scientific critique. (Ironically, the most common category used in what seemed to be an ever increasing flow of misinformation was "Brain optimisation".)

The team assessed 2,931 articles from a 10-year period (2000-2012) published in six national UK daily newspapers: the Daily Telegraph, Times, Daily Mail, Sun, Mirror, and Guardian. The articles were organised into categories and subjects (e.g. "basic functions" or "applied contexts", subdivided into "memory" or "education" respectively). They found articles followed three main emerging themes: "The brain as capital" (i.e. "The brain is a resource, here's how you can make the most of yours"), "The brain as an index of difference" (i.e. "you know those people who are different to you? It's because they have weird brains") and "The brain as biological proof" (i.e. "You know those ideas and views you have? They're based on biological workings of the brain, so must be correct").

It is worth pointing out that none of these themes is really reflective of current neuroscience standards, as far as I can make out (it's a big subject, I could easily be wrong).

These findings won't surprise most scientists. The media twisting/misinterpreting scientific findings is nothing new. I have infinite respect for the persistence of climate scientists, their present job must be like performing crucial surgery on a conscious patient who's trying to simultaneously spit in your face and kick you in the groin.

There are people much better than I who cover bad science in the media, or even bad neuroscience in particular. As tempting as it is to blame the media for the findings in the paper (especially as criticising the media is all the rage) that would be unfair. There are other factors to consider.

For starters, most people don't really know what neuroscience involves. When I tell someone I'm a neuroscientist, I get some surreal responses (personal favourite: "So tell me, what exactly are ghosts?"). Many people seemingly equate "neuroscientist" with "neurosurgeon", which is understandable but incorrect.

But despite this uncertainty, neuroscience has properties that warrant this increasing media attention. Obviously, everyone has a brain, ergo, neuroscientific findings apply to everyone, therefore are "newsworthy" (see the "Brain as biological proof" category, above).

Another factor is scanning technology, such as MRI. The ability to look directly into a working human brain is something that captures the imagination of the public (possibly literally), and provides media-friendly impressive images to go with the stories being discussed. But again, lack of understanding is an issue. Scanning technology is not a mind-reading device. Stories have cited scanning research that shows political leanings, relationship issues and obsessions with Apple. You even get people trying to use scanning techniques where they're arguably completely irrelevant. Brain scanning research is popular enough with the media to have warranted investigations of its own.

Brain scanning technology is nowhere near as straightforward as it is portrayed. It is often assumed that if a bit of the brain lights up in response to a stimulus, that bit is what processes that stimulus (and only that). Similarly, a catastrophe in a tin mine may cause a drop in the availability of cans of baked beans, but that doesn't mean we mine for beans. There's a wealth of complex processes going on between the initial event and outcome, and this is infinitely more true for the brain.

Scanning technology is to neuroscience what the discovery of the Valley of the Kings was to Egyptology. We now have access to vast amounts of previously inaccessible information, but just because you can see the hieroglyphics, it doesn't follow that we know what they mean.

Perhaps more fundamentally there is a lack of awareness of how neuroscience (and science in general) actually works. It takes people some time to appreciate the fact that, in science, "published" doesn't mean "correct". Published articles are actually subject to intense scrutiny and criticism from others in the field. It would be helpful if the general public always questioned what is published, but I doubt this is a message newspapers will be keen to encourage.

In fairness, the media operate in a competitive marketplace, and stories have to be reported in concise, interesting ways that are understandable. But such interpretation will inevitably lead to inaccuracies/exaggerations. Even if a neuroscience story is presented by the mainstream as interesting on its own merits, a more informed opinion will inevitably give a more accurate, cautious perspective.

The Neuron article concludes by advising neuroscientists to consider the impact of research they publish and publicise, and to include conclusions that rule out misinterpretation. Good advice, but perhaps asking a bit much? It would be good for neuroscientists, indeed all scientists, to consider the public impact of their research (but without skipping the "research", like some seem intent on doing). But it's often impossible to predict how the public will react to new developments. I know people who, when the news broke about the Mexican swine flu, immediately cancelled their planned trip to a Cardiff branch of Chiquitos. How do you prevent things like that?

As long as there is this lack of awareness about how (neuro)science works, legitimate research will be at the mercy of those who choose to publicise it with their own agenda. I don't have a solution for this, but what's not helping is this view that the general public don't care/understand about science. Luckily, this seems to be gradually changing.

It may be true that the general public doesn't appreciate how complex science is, but perhaps those who work in science and the media are guilty of thinking the same of the public?