It has been a year now since our dear sister Adminji died, I just wanted to post this thread as a tribute to her memory and to share any interaction that members had with her, purely because at one point, she was the forum, she guided it, directed it, and policed it way better than anyone ever did, or possibly ever could. 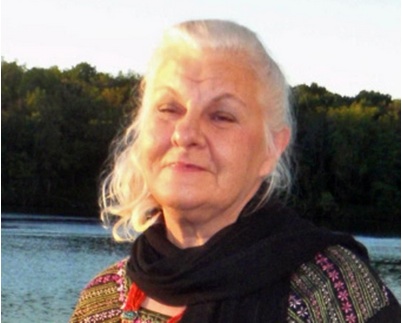 To me she was my big sister, someone who at the beginning, I was in awe of, and at the end, I loved. We had quite a bit of dialogue, she was one of the few people that knew 'everything' about me, and what surprised me more than anything about her was her acceptance and lack of shock or surprise, even whilst discussing some aspects of my more destructive habits, she just could not be fazed in anyway whatsoever. Even whilst she was dying, she kept her sense of humour, and would cluck over me sometimes like a big sister, it was only at the very end I had any idea just how ill she was, she bore it with huge humour and serenity.

One of the last things she wrote to me, just after she asked if I would consider assisting with moderation, was in response to my concern that I would turn my role into a bit of a joke, was simple, 'just be you' she said, I think I remember replying that 'thats what I am worried about',

She helped me become the Sikh I am today, if anyone else wishes to share any input she had on their life, please do.

I had the experience of communicating with Bibi Narayanjot Ji specially regarding my earlier articles. She was exact and to the point and wrote very relevant. her understanding of Sikhism was deep and thorough. It was no doubt a great loss to Philosophy net work. May God keep the departed soul in peace.

I didn't even know this. I've been so busy in my own life I haven't logged in to check on anyone.