Recent “changes” to the solar based Nanakshahi Calendar, agreed after wide consultations in 2003, have been driven by Punjab politicians and the “Sant Samaj”, (literally meaning “community of holy people”).

S. Avtar Singh Makkar, President of the Shromani Gurdwara Parbandhak Committee (SGPC), has been quoted by a “Hindustan Times” reporter, Kuldeep Mann, as saying, “All of us have no option but to follow the direction of party chief Sukhbir Singh Badal.” (Hindustan Times of Monday, January 4, 2010 report, ”SGPC says yes to changes”).

Sukhbir Singh Badal is the Deputy Chief Minister next to his father, S. Parkash Singh Badal, the Chief Minister of Punjab. Sukhbir is also the “party chief” of the Shromani Akali Dal, a political party of Punjab. The Badal family rules Punjab and now, according to the SGPC chief, Avtar Singh Makkar, this family also gives “direction” on issues which concern the independence of Sikh ideology and religious tradition.

This move is widely seen as an open challenge to the independence of mainstream Sikhism.

The real issue is the political control of the highest Sikh religious institutions by a nexus between the political coalition government in Punjab, of Bhartya Janta Party (BJP) and Akali Party, and the so called “Sant Samaj”.

The BJP has an open Hindutva agenda to Hindu-ise Sikhism. This extremist Hindu religio-political party, which facilitated the pulling down of the historical Babri Masjid (mosque) a few years ago when in power, claims Sikhism, Budhism and Jainism to be offshoots of Hinduism. In case of Sikhism, that Hindutva claim is despite the fact that Guru Nanak Sahib, the founder of Sikhism, totally rejected all Hindu beliefs, practices and ritualism (karam kand) before he even announced his own revolutionary egalitarian and monotheistic creed, revealed to him towards the end of the 15th Century.

The Sant Samaj, the “community of saints”, is an elite club of “spiritual” sect heads, who move around in luxury cars and lead own diverse anti-Sikhism cultish groups. They continue with Brahmanic practices in their deras (cult centers) and gurdwaras. With the central Sikh institutions much weakened and led astray from their original objectives by political “direction”, the sant deras thrive amongst the Sikhs. They have large followings, and politicians of all parties woo them and seek blessings from the “sant-babas”, the heads of these sects.

Nanakshahi Calendar was widely acclaimed by Sikhs in the diaspora, and especially in the UK. It is not only symbolic of independent Sikh religious tradition but also fixes important dates of Sikh history on the international Common Era (CE) Calendar. (Some exceptions were extracted by the Sant Samaj, but it was hoped that these would be removed in later years.)

A modern calendar does not suit the “derawadi” or “Sant Samaj” club. They depend on their income from superstition based Brahmanic ritualism – “bipran ki reet” specifically forbidden by the Tenth Master, Guru Gobind Singh, and observation of certain days in lunar months, calculated from the ancient astrological lunar-Bikrami (sidereal) system.

This overtly political move to win over Sant Samaj vote banks in Punjab, has further distanced main stream Sikhs in Punjab and abroad, from the highest but almost defunct Sikh institutions based in Punjab. They are seen to no longer serve the 21st century needs of a distinct global Sikh community.

The diaspora Sikhs may be left with no alternative but to continue following the solar Nanakshahi Calendar widely agreed in 2003.

Sikh religious forums and networking have been set up in some Sikh diaspora countries, to inform and guide the community’s religious needs in accordance with the teachings of Guru Granth Sahib and the Sikh Reht Maryada i.e the mainstream Sikh Code of Conduct and Conventions.
This trend is likely to continue, hopefully, as a healthy and continual interpretation and preservation of mainstream Sikh ideology.

A rare glimpse into your dry wit and ability to deliver a keen message in a few words. Nothing could be more acutely true.

That is because I am a 'soul' of few words ! So here is a single rose for you : 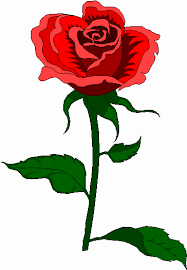