Memorial To The Remarkable Sikh Soldiers Of WWI 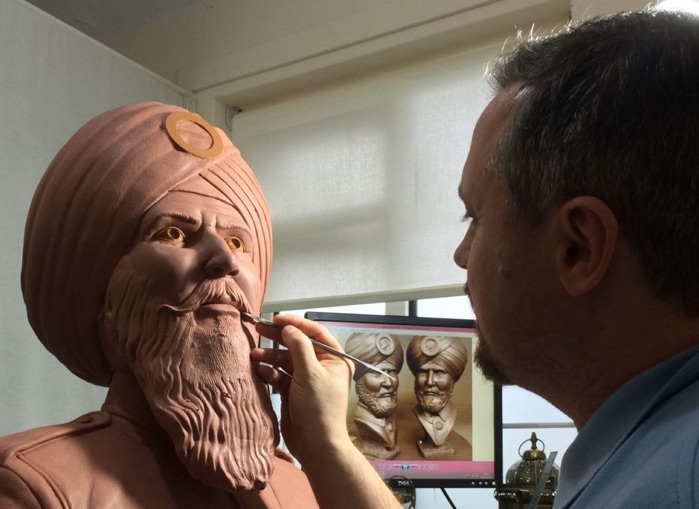 The First World War Sikh Memorial at the National Memorial Arboretum in Alrewas, near Tamworth, will be the country’s first ever national Sikh memorial commemorating the 130,000 Sikh soldiers who fought for Britain’s freedom during the four year conflict.

The Sikh contribution to the First World War is described as “remarkable”.

A spokeswoman for the National Memorial Arboretum said: “Despite being only one per cent of the Indian population at the time, they constituted 20 per cent of the British Indian Army and were represented in over a third of the regiments at the time.”

During the First World War, brave Sikh soldiers fought on the Western Front, and in the trenches, and took part in key battles like Gallipoli, Neuve Chapelle and Ypres, and later also fought in World War Two. Lt. General Sir James Wilcox, Commander of the Indian Corps, is also recorded as stating that: “It was the dark days of 1914 when our men had to face mortars, hand grenades, high explosive shells for which they themselves were not provided.

“They could reply only with their valour, their rifles and two machine guns per battalion. And yet they did it.”

The landmark Sikh Memorial is due to be unveiled on Sunday and a souvenir publication which is entitled Sikh Chronicles will be released to mark the landmark occasion.

Sikh Memorial Fund charity founder and chairman Jay Singh-Sohal, of Handsworth Wood , said: “It is a tremendous achievement for Sikhs to be able to finally have a national monument in honor of the bravery and sacrifice of our forebears.

“For far too long the contribution of those from India to the war effort has been overlooked.

“But now young people have a symbol of remembrance which they can visit at the National Memorial Arboretum and which will inspire people from all backgrounds well into the future.”

The memorial successfully received grassroots funding via the Kickstarter benefit company website to “ensure the lasting legacy of Sikh remembrance”.

An appeal to create it was launched last September and over 200 people made a contribution to it ranging from £1 to £1,000.

The sculptor is Mark Bibby, of Lincolnshire, whose grandfather served alongside Sikhs in World War Two and remembers him speaking “highly” of them. He said: “To produce something like this for the arboretum is fantastic. It’s a major achievement of my life. It’s a pinnacle of my career.”

The memorial has been widely welcomed, including by the Armed Forces Minister Penny Mordaunt MP; memorial’s patron Peter Singh Virdee, of the Virdee Foundation; and Sir Francis Richards, Chairman of Imperial War Museums.

The statue’s unveiling, which will include speeches from dignitaries, a British Army band and re-enactment troop, will be sanctified with a traditional Sikh prayer and a minute’s silence held.