This article is part of community-wide centennial celebrations honouring the building of the National Historic Site Gur Sikh Temple (est. 1911). These centenary celebrations bring to the forefront the efforts of those first Sikh pioneers who helped to build our community. In honour of this pioneering community, the Abbotsford News will be publishing a monthly article to correspond with a decade of Sikh Pioneer and Indo Canadian history in the Fraser Valley, B.C. and Canada. 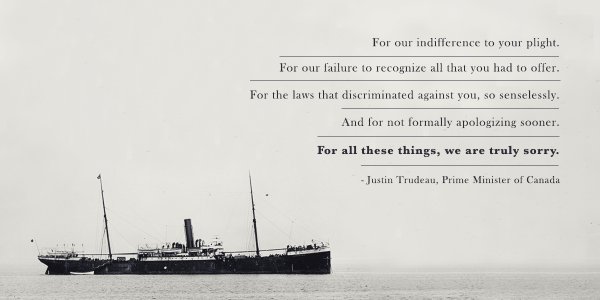 The years between 1911-1920 were tumultuous times for Sikhs living in B.C.


Most faced severe racism and discrimination by the larger Caucasian populations, and the Canadian government began its restrictive policies with the “Continuous Passage” regulation being the most hindering of Indian migration to B.C.


In 1908, the federal government passed into law the now infamous “Continuous Passage” Act, which stated that Indians would have to come to Canada via direct passage from India, on a ‘through’ ship. But there were no ‘through’ ships then.


One man living in Hong Kong, Gurdit Singh, wanted to assist the plight of his fellow Indians and provide a way for them to immigrate to Canada legally, in accordance with the Continuous Passage legislation.

A wealthy businessman, Gurdit was able to charter a ship, the Komagata Maru, and carry 340 Sikhs, 24 Muslims and 12 Hindus from one corner of the British empire, Hong Kong, to the furthest corner, Vancouver, Canada.

On May 23, 1914, the Komagata Maru arrived in Vancouver and anchored near Burrard Inlet.

One day prior to the arrival of the ship, B.C. Premier Sir Richard McBride made the following statement: “To admit Orientals in large numbers would mean the end, the extinction of the white people. And we always have in mind the necessity of keeping this a white man’s country.”

Edward Bird, the barrister who was hired by a committee of 15 local Indians to represent the passengers aboard the Komagata Maru, asked immigration inspector Malcolm Reid for permission to go to the ship and talk to his client Gurdit Singh. This simple request was denied.

For two months the passengers of the Komagata Maru, the Sikhs and Indians in B.C., and the authorities of British Columbia, were involved in a heated legal battle. All but 20 passengers (those who already had resident status) were refused permission to leave the ship.

The agony of the passengers of Komagata Maru did not end even after they left Vancouver. As the Komagata Maru was forced to return to India, it approached Calcutta on Sept. 26, 1914. A European gunboat signaled the ship to stop. The ship was put under guard and all the passengers were held as prisoners.

On Sept. 29, at 11 a.m. the Komagata Maru reached the town of Budge Budge. The port officials called additional police and military to enforce order among passengers, who then were interested in going to Calcutta.

Some of them wished to place the holy Sikh text, the Guru Granth Sahib at the Gurdwara (Sikh temple) there. This resulted in riots, where the police used brutal force and even opened fire on the innocent people.

Of the 321 passengers on the ship at Budge Budge, 62 left for Punjab, 20 passengers died, one drowned, nine were hospitalized, 202 jailed and 28 were unaccounted for.

A number of passengers escaped, including Gurdit Singh. He lived in hiding until 1922, when he was urged by Gandhi to give himself up as a true patriot. He was imprisoned for five years.

The Gur Sikh Temple located in Abbotsford, and now designated as a National Historic Site by Parks Canada in 2007, was a key site for Sikhs to come together and help their fellow Indians. Not only was it a religious site, but for those very few Sikh men who lived without their family support, the gurdwara provided them a means for support and guidance.

Thus, through fundraising in both Vancouver and Abbotsford, over $60,000 in pledges was made to support the passengers of the Komagata Maru.
Tragically, the support was to no avail.

To this day, the Komagata Maru disaster weighs heavily on the South Asian community. It is a testament to the early pioneers’ trials and tribulations in a time of racism and discrimination.