Sikhi Is Sikhi a Universal Faith?

First things first. Most of us connect with one religion or another; naturally, we treasure some deeply held practices. You need to know that I am a Sikh so that my biases won’t surprise you. Today I take on a question that is larger than life. I attack this Gordian knot less to resolve but more to explore it.

Like many Sikhs I, too, have proudly and forcefully asserted that Sikh faith is universal and its scripture, Guru Granth sahib, is the unparalleled source document on interfaith dialogue. Some faiths seem not always to be so inclined; my inference rests in the many inter-religious wars that dot human history.

But when religion asserts that their message is unmatched and superior to that of other existing faiths, doesn’t this set up a never-ending war between the faiths of mankind? Allow me first a brief detour; hopefully, to be better equipped to p{censored} the issue further.

It is self-evident that at birth humans are fragile. They depend on collectives, small or large -- families, clans, communities, even nations -- to thrive. Collectives need a code of common behavior that is not easily or casually challenged. In time, collectives, become lifestyles, deeply intertwined with a people’s religious underpinnings of belief, language, music, culture, cuisine and practices. Much as good fences make good neighbors, fences of lifestyles define communities and the borders that separate them. The defining characteristics of communities are more important than any one individual’s behavior. 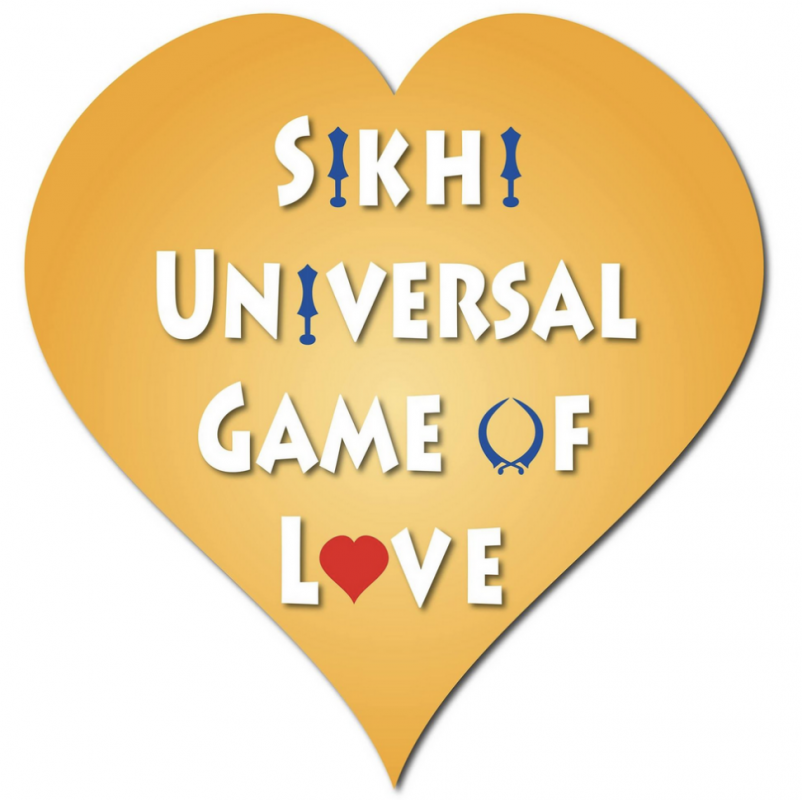 These fences aside, we also need to communicate with our neighbors. Rare people – visionaries and prophets -- recognize that humans need an expansive message for humanity. And that gives us the many religions, each originally connected to a particular ethno-geographical community. Fences are useful when they do not become hermetically sealed bubbles that isolate neighbors and create “Tribalism?”

A tribal reality is never universal. If tribalism makes us narrowly self-centered, universalism perhaps makes us irresponsible by undervaluing connections and relationship and escaping responsibility. The human default position lies somewhere in the middle.

Ergo, two primary realities end up in conflict. The visionary prophet constructs an inclusive and universal system – of appeal to any and every listener -- even strangers are welcome to the cause. But the message is organically connected to a specific culture whose people have unique customs, music, language and cuisine. That’s where a message takes life. Strangers coming in often encounter significant cultural limitations and habits

We can cite chapter and verse from Sikh history, tradition and the Guru Granth to nail the idea that Sikhi is a universal model of life. History assures us that the Founder, Guru Nanak did not stay entirely within or close to the perimeter of Punjab, but traveled widely across and beyond the Indian Subcontinent – south to Sri Lanka, northwest to the Middle East, including Mecca, Iraq and nearby territories, eastward to Assam and north to Kashmir and Tibet – just about much of the known world of his time.

He spoke of Ik Oankaar, an alphanumeric that he designed where “Ik” is the first numeral “One” and “Oankar,” from Sanskrit meaning “Doer or Creator.” Ergo, a single unitary Creator common to all -- Jews, Christians, Muslims, Hindus, Buddhists, Sikhs, P{censored}es… or Brand X. A partisan God would be a lesser god, not worthy of worship. In Ik Oankaar there is no room left for differences in caste, creed, color, gender, race, national origin, religious label or similar limiting ideas.

The repository of Sikh heritage – Guru Granth – comprises the writings of six of the ten Founder-Gurus of Sikhism. It was collated by the Gurus themselves, with minimal risk of unauthorized compositions sneaking into the 1430-page tome. Also included were selected compositions of Hindu and Muslim saints of the era whose writings found resonance with the Sikh message. Some of them came from low castes. Remember that in the India of that time (about 550 years ago) high and low caste Hindus would not ever break bread together or be caught on the adjoining pages of the same holy book, but Sikhi erased such barriers.

Had Jewish or Christian writings been widely available at that time, I am certain, more would have found inclusion and commentary. The Guru Granth does not brand any people as evil or sinful even though it offers critical/analytic comments about widespread practices and interpretations in Hinduism and Islam, the two major faiths in India at that time.

A unique practice that Guru Nanak started was Langar, the serving of a simple vegetarian meal at every Sikh service. It is prepared and served gratis by men and women volunteers to everyone, poor or rich, high or low of caste or worldly rank. This mighty dagger aimed at caste-driven cultures exists today all across the globe. Langar is a symbolic and historical reality wherever there is a Sikh community, no matter how small.

This, not so brief take, makes a clear case for Sikhi as a universal religion. But the devil, as they say, is in the details. Contradictions emerge not from the teachings but human imperatives, insecurities and tendency to circle the wagons, batten the hatches and erect impermeable barriers in the face of threats, real or imagined.

This is true in all faith disciplines in this wide world, and Sikhs are no exception. An interminable gulf separates principle from practice. If our contradictions appear less glaring it’s because we are a comparatively young discipline as opposed to many others. For example, in matters of caste and the place of women the message is direct and clear; our practices are not.

I offer a few examples of such trivia that gnaw and chew at the periphery of our traditions.

The spiritual writings of the Sikhs have always been freely available to anyone, whether Sikh or not. Many have also been reproduced in scripts other than Gurmukhi. But a growing Sikh movement rejects such initiatives – as if Gurmukhi is holy script while others are not. To me holy is the message, not the script that carries it. Languages deserve respect because they carry the human narrative through defeat and triumph – the narrative is our story.

Some divisive ideas seem to focus on if or how to maintain the Guru Granth in a home, who is entitled to keep one, and how to transport it. I point out their similarity to Christian practices when the Council of Tarragona in 1234 banned the possession of the Old and New Testaments in the Romance Languages and ordered that anyone who has them must turn them over to the local Bishop within eight days. This regressive decree lasted a couple of centuries. Some diktats that come from the Akal Takht speak in similar vein. The concept of respect, or not, for the Guru Granth becomes central, whereas I think respect comes from reading and engagement with the Book. Certainly, we Sikhs should never travel the unfortunate path of 13th century Christianity. That would surely diminish the idea of universality.

I have seen life-threatening disagreements on letting a non-Sikh, or a lay Sikh, and any women, Sikh or not -- perform some of the so-called ‘priestly’ functions within a Sikh place of worship. I leave such inanity without further comment.

The place of the English language within a gurduara often inflames critics. This, despite the fact that more than six languages and many, many local dialects are found in the Guru Granth itself. We have started referring to Gurmukhi-Punjabi as holy because the Guru Granth is traditionally penned in Gurmukhi script and Punjabi is the language of Punjab – the homeland of the Sikhs. Again, I ask Sikhs to marvel at the worldview of the Gurus and their writings before such paranoia.

Sikh teaching does not condemn any religion even though it raises pointed questions at some visible practices of many. Nowhere Sikhi ever declaims: Come join our way for this is the only true path. Unfortunately, many faiths seem to promote that route. Remember that we cannot easily judge if such ideas were originally uttered by the prophet, nor do we easily see the historical realities then, or if they entered after the Founder-prophet’s life. Nor can I conclude that such thoughts are a misreading of the mind of the prophet or a mistranslation etc. Many are the times in the streets that someone has challenged me to join his faith – the only true faith, as he/she put it. Briefly the teaching of the Sikhs asks non-Sikhs to thoughtfully discover the virtues in their own faith disciplines.

I feel that none of the founders of any faith would make a claim of exclusivity in his lifetime. Why? Because exclusivity creates tribalism, not a universal paradigm. I think exclusivity might have entered the narrative when the clergy faced opposition or were unprepared for a dialog on tolerance and commonsense. Without these attributes in a community, self-governance disappears and the system becomes akin to a kakistocracy – rule by corrupt, unscrupulous minority. Why?

I have pointed to some gaps between Sikh teaching and its practice. Such traits are universally found in every religion. Let me explain via a detour.

This has no bearing on my political label, whatever it is. Not so long ago I caught Paul Ryan, the current Republican Speaker of the House being interviewed on the tube. He noted that the election period highlighted the many shades of opinions that exist among Republicans. Given these fissures among hard-core Republicans, the dream of a unifying idea seems like fiction and fantasy. Then, he offered what I thought was a surprisingly mature thought – that the core requirement for unity is “principles not practice.”

Keep in mind that religious communities and centers exist for imperfect people who are on the path with varying degrees of success, sincerity, faith or understanding. We need to nurture the path, not diminish the follower. This is what transforms sinners into saints. Teach the principles and watch the practices flower and catch up; that’s the idea.

I have often argued that Sikhism is unique, timeless and universal. Universality speaks not only of geographic commonality but also sharing of culture, language, cuisine, music, indeed a way of life with our diverse neighbors. So say the foundational principles of Sikhi. The practices are ours, hence our onus to correct.

I believe that Sikhs should never mount an aggressive agenda to make others convert to our faith, though we should clearly welcome them to the cause.

Aggressive proselytization is not the answer; it only diminishes others without enhancing us.