Intolerance breeds intolerance – no matter what religion or race you are

As globalisation has collided with the rise of fundamentalism in an uncertain world, people have become more intolerant

A nasty human trait, intolerance, especially when fundamentalism appears to be on the rise in response to the challenges of globalisation. But none of our societies can point the finger elsewhere without taking stock closer to home, can we?

I was reading Xan Rice's moving account of a Christian South Sudanese family's misfortunes at the hands of their North Sudanese and Muslim compatriots in Saturday's Guardian. At least it had a happy ending, a family reunited and a country-in-the-making poised to gain liberty from its historic oppressors via a peaceful referendum.

On Sunday I read Declan Walsh's even more disturbing Observer account of the death sentence hanging over Aasia Bibi, the Pakistani woman convicted on doubtful evidence of blasphemy, and the eagerness of some neighbours to see her die.

As the world now knows Salmaan Taseer, bold and brash governor of Punjab, went to visit Bibi in jail, condemned his country's blasphemy laws and was gunned down by his own bodyguard for doing so. Men threw admiring petals on the vehicle carrying his murderer to court. Ugly, ignorant stuff.

All this might provide a cue for tut-tutting the excesses of the more primitive strands of Islamic thought had it not been for what happened in between my reading of those two reports: the murder of six Americans in Arizona during a shooting spree which seriously wounded Gabrielle Giffords, a member of the US Congress.

We do not yet know for certain what motivated 22-year-old Jared Lee Loughner to run amok in Tucson. But he seems to have the profile of a suicide bomber, nerdy, and ill-educated, a slightly weird kid with simmering resentments against society in general, all whipped up by angry websites and anti-government rhetoric.

One way or another all three cases seem to bear the familiar hallmark of self-absorbed, narcissistic fundamentalism, explicitly or implicitly religious because God is rarely far from guns in the American south and west – or from the utterances of US politicians who should know better and may not believe a word of it anyway. Yes, Sarah, I do mean you.

Let's throw in Harriet Sherwood's pre-Christmas/festive season report about the elderly Holocaust survivor being persecuted in Israel for renting rooms to Arab Israelis and we can share the nastiness around even between the three great monotheistic faiths: the People of the Book. The bulldozers are out in East Jerusalem again today.

I'm not suggesting here that the godless offer any better guarantees from intolerance, since communists, fascists and assorted nihilists have slaughtered on unprecedented and industrial scales in the 20th century. Professor Richard Dawkins may strike himself as the embodiment of calm rationality but he strikes me as an angry, secular fundamentalist – a familiar type in post-imperial Europe. Why, there are occasionally even scarily intolerant columns in the Guardian!

But Guardian writers are not armed to teeth and can't easily buy a Glock 19 semi-automatic and ammunition at Tesco in Islington. Nor do they have the law on their side when they accuse Tea Party types at the Telegraph of blasphemy in decrying the achievements of St Tony of Blair or the perfectability of the NHS.

I'm all in favour of the blame for the Tucson shooting being dumped at the doorstep of rightwing US shock jocks on radio, on the blow-dried airheads of Fox TV (the BBC's Mark Thompson must be losing it if he thinks we should import that style here), on motor-mouth politicians and – above all – on Sarah "reload and take aim" Palin with her rifle sights logo to mark opponents like Giffords.

The Tea Party may be the manipulated tool of rich men, playing on the feelings of the poor – much as in Pakistan. But Saturday's shooting makes even more certain my prediction that Palin is unelectable as president of the United States. In fact, if I were her I wouldn't run for dog-catcher in Alaska any time soon. Despite its deep problems, not least its inadequate (so far) response to the economic rise of China, the US has a lot of bounce in it.

The Tucson shootings won't act as a wake-up call on gun law, Americans sleep through regular wake-up calls on guns. But it may sober the language. On the radio today I heard a shock jock using weasel ("you can always change station") words to justify inflammatory language. It won't do: some people need protecting from such stuff.

All the same, the shocked reaction is why I'm more optimistic than Gary Younge, writing in today's paper: the US is resilient and it's not just the rightwing which is armed. In any case the liberal angst-fest over the Tucson shootings doesn't tell the whole story, does it?

Though much weaker in the US – where the Obamas are routinely called fascists, communists, socialists, Muslims, Kenyans etc etc – weaker even than in Europe – here the liberal left's language is sometimes uncompromising too.

To listen to milk-and-water Nick Clegg on the Oldham byelection you'd think that the late Labour government was far more incompetent and dishonest than it was – or the coalition will prove to be. As Julian Glover says today, life is about compromises. Listen to the angry denunciations from some progressive quarters this weekend when Jack Straw suggested that some young men in the British Pakistani community treat white girls as easy meat, less valued than their own. Hardly surprising, it's another recurring human trait, isn't it? But Straw was promptly accused of saying what he hadn't said.

I'm sure we'll sort it out, Britain has pretty solid institutions and more confidence in the fairness of the police and justice system than we may tell the pollsters – though less than we once had, misplaced though it sometimes was in the Dixon of Dock Green era.

Inevitably more worrying must be what happens next in yet-to-be-born South Sudan or the battered state of Pakistan – "my beloved country, sodomised by religion" as I recall a writer once putting it.

If we want to be generous, and I think we do, we might conclude that in all these countries disadvantaged young men (women were also involved in the Bibi case) face uncertain futures. They see the wider, hooked-up world – visible on TV almost everywhere now – as threatening to their lives and values, misguided or not.

It's serious. Youth unemployment, bad enough here (19% among the under-25s), is 43% in Spain, driving the educated young to emigrate – even to Argentina. Young Loughner was also unemployed and probably scared. What happens to those left behind, those who can't move on?

It doesn't bear thinking about, but angry posting on the internet is not enough, even if it makes posters feel better. Intolerance breeds intolerance. 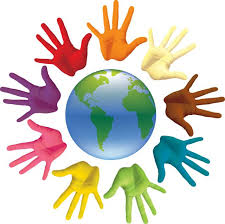 "We need to promote greater tolerance and understanding among the peoples of the world. Nothing can be more dangerous to our efforts to build peace and development than a world divided along religious, ethnic or cultural lines. In each nation, and among all nations, we must work to promote unity based on our shared humanity."
– Kofi Annan
( Kofi A. Annan of Ghana, is the former Secretary-General of the United Nations )
Share:
Facebook Twitter Reddit Pinterest Tumblr WhatsApp Email Share Link