Bapu Surat Singh, 82 years old, who is a human rights activist is on a 300-day hunger strike in Punjab. Why? This is because Surat Singh is protesting for the release of Sikh and other minority prisoners who have served their sentences but still not been released. 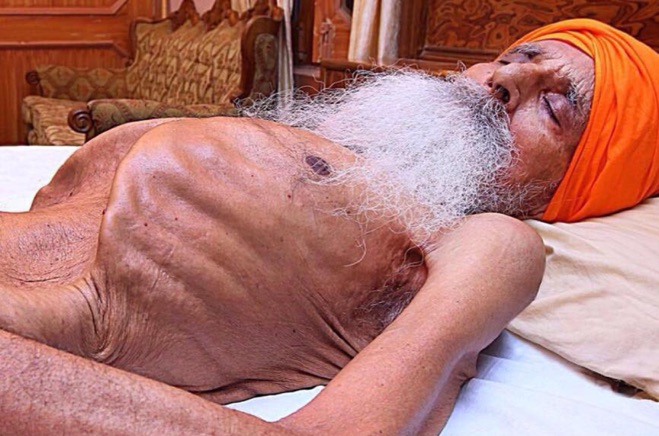 An issue such as this doesn’t just appear out of the blue, there would have to be a triggering point to push a person to the point of having to starve themselves to try to be heard. What would be this big bang that set of these chain of events? OPERATION BLUE STAR.

Thirty years ago, in June 1984, Operation Blue Star changed the course of how Sikh’s would be affected in today’s India. Thus embedding the violence of this historic event into the heart of the Sikh religion.

Operation Blue Star was a massacre orchestrated by the Indian Prime Minister, Indira Gandhi. She ordered the army to storm, with tanks, the holiest shrine of the Sikhs, the Sri Harmandir Sahib complex (also known as the “Golden Temple” in the west) located in Amritsar, Punjab on one of the holiest days in Sikh calendar, knowing the site would contain more people than usual. Eyewitnesses stated that people were allowed in but no one was allowed out, indicating an intention to commit mass murder, an intention that was subsequently achieved with thousands killed, although the government figures put the number of deaths in the hundreds, which are questionable when the sheer scale of the operation is considered. To comprehend the nature of this attack, an example would be if the Roman Catholics were a minority and the Italian army stormed the Vatican on the day of Easter on the orders of the Prime Minister.

The government made it out to be the fault of the Sikhs, citing they did so to flush out alleged “separatists” and “terrorists” from the complex, notably Sant Jarnail Singh Bhindranwale, who empowered the Punjabi population, actively spoke out against government oppression and the lack of rights in the state of Punjab. The complex is open 24 hours a day but not one peaceful attempt was made to enter and arrest the so-called militants. Even to this day, no one has been put on trial for this heinous crime against a minority population. This operation led to Indira Gandhi being assassinated, which subsequently led to the 1984 Sikh Genocide in Delhi and numerous other anti-sikh government operations.

Surat Singh’s starvation protest has been done in a passive manner, however the Indian police have handled this situation in a completely different way. The effects of his hunger strike have led to him being arrested and repeatedly force-fed. How can the police arrest someone when technically they haven’t committed any crime? Would that not be classed as an injustice or do they have the authority to do this because Sikh people are a minority in India. Surat Singh’s family have also been arrested, harassed and accused of crimes by the police.

That leads me to question if the person were Muslim would that change the way we viewed this story?

What I’m struggling to comprehend is how there has been very minimal or little media coverage on this topic from news organisations around the world, considering Mr. Singh’s hunger strike started on the 16th January 2015. The only press seems to be negative towards this movement and from newspapers such as Hindustan Times and Dailymail India who has labeled Sikhs as “hardliners” and described them as “terrorists” which is coincidental if you really think about it. To emphasise this point, inserted below is a video of the Mayor of London, Boris Johnson, responding when asked if he had heard of Surat Singh and his hunger strike. The Mayor replies “I will Google it,” this was filmed on July 16th, why hadn’t he heard of an issue of this caliber? Especially considering the established ties through the trade routes between the UK and India, you would think the Mayor of London would know issues such as this, which could affect morale.