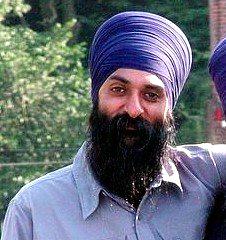 Today, 13th March 2009, Gurmukh Pyaare Bhai Nirmal Singh jee (UK) passed away in the early hours of Amrit-velaa, having bravely accepted the Hukam of terminal cancer. Bhai Sahib was a Sikh youth parchaarik (preacher) with undying passion Sikhi and sevaa. He was instrumental in starting up parchaar in colleges and universities in the UK over 20 years ago. Through his sevaa in camps, gurdwaras, and universities, he inspired countless youngsters into becoming Sikhs and getting involved with sevaa. 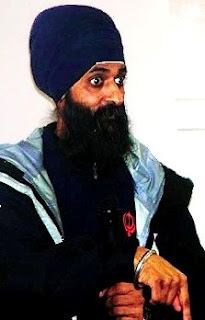 I remember that Bhai Sahib attended Sikhi Camp 2008 despite feeling very weak from the cancer treatment. He did a great talk for the youngsters on building a relationship with Guru jee. Many people opt out of doing sevaa because they can't be bothered or too lazy. However, I remember talking to Bhai Sahib and him saying with a smile on his face, "I would have to die until I stop doing sevaa." He shared stories how in the early days they would go up and down the country to do sevaa in universities and how sometimes they had no money for parchaar material or petrol but having full faith in Guru jee they some how always managed to reach the colleges and universities and do sevaa. It's embarrassing how sometimes we can't be bothered to attend local camps, talks, events or help out with community projects on our door step, when Gurmukhs like Bhai Sahib and others used to drive for hours and hours to far and near places to simply share and spread the word of Guru Nanak, hoping that even one brother or sister could be awakened in finding their Guru. I remember him always radiating happiness and immense pyaar for Sikhi and gratitude to Guru Sahib for all he has given us. Thank you to Guru Sahib for sending such Gursikhs for doing such great sevaa and inspiring me and countless others. Dhan Guru, Dhan Guru Ke Piaare!

In June 2007, when Bhai Sahib got diagnosed with cancer, an Ardaas Benti Keertan Darbaar was held for him by the Sangat in Birmingham. During that time (12th June 2007) Bhai Jagjit Singh (Leeds) sent an email out to the Sangat where he talked about Bhai Sahib:

Pyaare jeeo, I first came across Veer Nirmal Singh back in 1992, when I attended Khalsa Camp as a mona. Veer Jee did a talk at the camp, which like so many caught one's attention and imagination. When he spoke, he had a blend of humour, strength, compassion, and a spirit about Sikhi and Sikh history. I remember leaving his talk really thinking about the words he spoke, and the message.

I think over the years hundreds, if not thousands of Sikh youth in UK have probably heard veer jee speak at various sikh youth events. He is a popular figure amongst the Sikh youth, who bridges the tribalistic jathebandic divides. Having got to know him over the years, he has always come across as a sevadaar who is dedicated to the Sikh youth, a person who has inner strength, and yet the ability to be compassionate.

He has spent 3 decades doing seva with the Akhand Kirtani Jatha and BOSS, inspiring youngsters to be disciplined and proud of Sikhi. As one of the eldest of all the youth, he was regarded with dignitary type status. On the rare occasion that any issues would arise within the youth seva, he was often the person that people would speak to resolve issues. He is seen as someone who would say what needs to be said and deal with issues without being a politician. Hence, we as those younger than him regard him as a honest soul with integrity.

It is unfortunate to hear that veer jee has now contracted cancer and has only been given a short while left to live. Such is bhaanaa, and ultimately none of us know when our time will come. This is why we should remember Guru jee at all times, so that we fulfil this lifetime as our last, and break the cycle of life and death.

The sangat has decided to hold a keertan darbaar as an ardaas benti for veer jee This is a person who spent the prime of his life dedicated to helping so many youth on their path to their Guru. Hence it would only be fitting if all the youth came together and sang Guru Jee's praises, and did an ardaas benti for his Chardi kala and for his family. 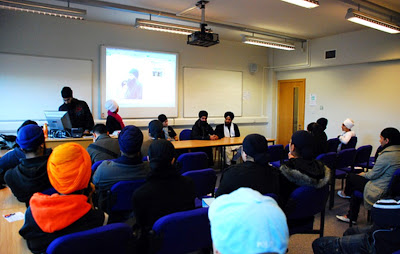 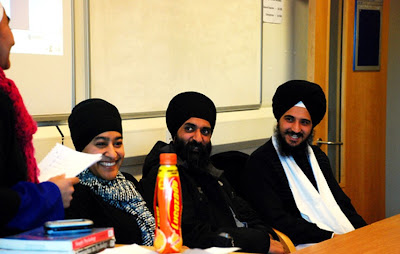 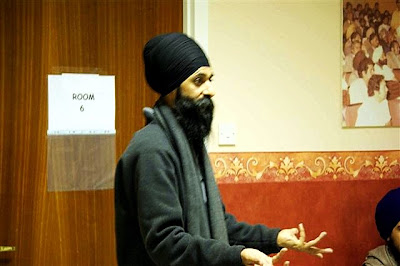 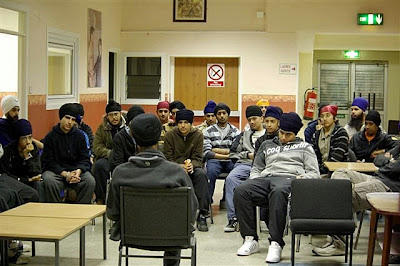 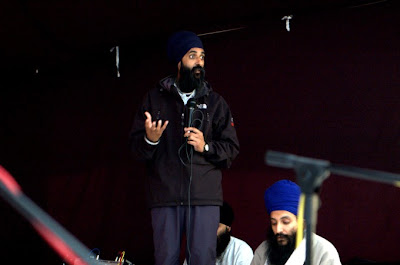 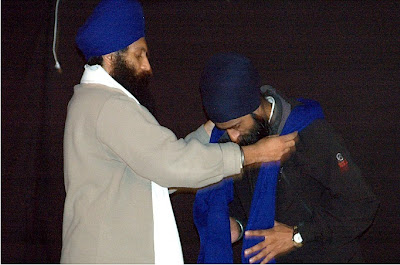 
​
"If ever you should get this message then it means my soul has left this earthly existence. Thank you for all love, kindness, support, and friendship that you all gave me. Sorry I could not text you all individually, I am in too much pain. Don't cry over my departure but smile that we met in this life. I hope you did come by to see me and give me a hug and say GurFateh to me. Pray for my soul and do Ardaas. Be strong and positive. And if anybody cries, pull their ears. Vaheguru Ji Ka Khalsa, Vaheguru Ji Ki Fateh."


Bhai Sahib knew his journey in this world was coming near an end and that Shaheed Singhs were waiting to take him to Sachkhand. He had been in a hospice because he was suffering a lot of pain, but he requested this week that he be allowed to go home. Last night Gursikhs gathered and did Keertan for 6 hours. Bhai Sahib listened to the Keertan and then everyone did Nitnem. As Anand Sahib was completed, Bhai Nirmal Singh jee breathed his last breath with joy and peace.
​
ਗੁਰਮੁਖਿ ਜਨਮੁ ਸਵਾਰਿ ਦਰਗਹ ਚਿਲਆ ॥

"If ever you should get this message then it means my soul has left this earthly existence. Thank you for all love, kindness, support, and friendship that you all gave me. Sorry I could not text you all individually, I am in too much pain. Don't cry over my departure but smile that we met in this life. I hope you did come by to see me and give me a hug and say GurFateh to me. Pray for my soul and do Ardaas. Be strong and positive. And if anybody cries, pull their ears. Vaheguru Ji Ka Khalsa, Vaheguru Ji Ki Fateh."

​
Above message is a display of real "Sikh spirit" in context of the final call from our beloved Creator ! Amen !
Thanks Singh ji for the post. I solute to the departed soul for giving to new generation a touch of Sikhi
Click to expand...

Mentor
Writer
SPNer
When I come to the end of the road and the sun has set me free.

I want no rites in a gloom filled room, Why cry for the soul set free?

Miss me a little - but not so long, And not with your head bowed low.
Remember the love we once shared, Miss me - but let me go,

For this is the journey we all must take, And each must go alone.

It's all part of the Master's plan, A step on the road to home.

When you are lonely and sick at heart, Go to the friends we know,

Miss Me - But Let Me Go.
(Author Unknown)

Mentor
Writer
SPNer
It is interesting to notice how people who are near and dear to us show us what living is all about while they are at the end of their own journey. They teach us how to celebrate life by demonstrating their blooming within while we only notice their withering due to our own anticipation of the loss. Little do we know that by leaving this world, they become closer to us forever. The proof is in the goose bumps that crop up ever so often when they are on our minds, in our thoughts, in our gestures and in our deeds.

Although I had never met Bhai Nirmal Singh ji, I know a lot of people who had the honour to be very close to him and always admired his inner strength even when he was very sick, especially his smile which was contagious.