Arts/Society - I Refuse To Be Silent While You’re Being Attacked, Vilified And Threatened | Sikh Philosophy Network
Menu
Log in
Register

Arts/Society I Refuse To Be Silent While You’re Being Attacked, Vilified And Threatened 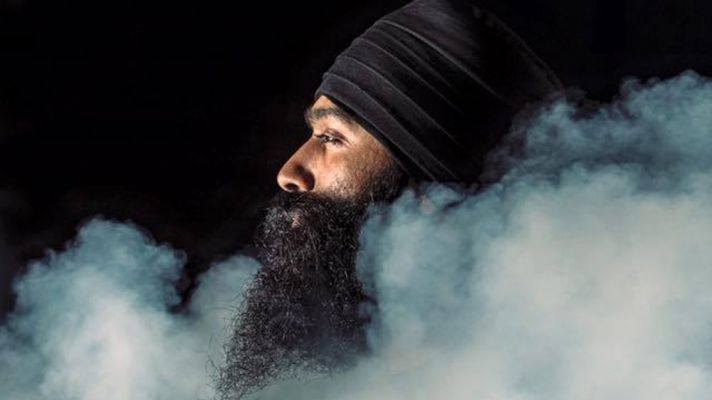 I woke up this morning feeling burnt out. I am physically, mentally and emotionally exhausted. I’ve just finished being a part of one of the most heart warming and inspiring tours ever. I toured across the country with Urthboy and Okenyo. The entire touring party were such a blessing to be around. I’m so grateful for the experience.

It wasn’t the tour that burnt me out. It was what happened towards the end and afterwards that struck me.

But last night, as I was preparing to go to bed, I read an article about Alex Bhathal, who is the Greens candidate for the electorate of Batman in Melbourne. She’s been on the receiving end of anti-Sikh abuse, as racist flyers were distributed in her electorate in an attempt to discredit her as a political candidate. As a Sikh, I couldn’t help but feel frustrated.

Then this morning, I came across an article, which told of a car that had exploded in front of a mosque in Perth after being purposely set on fire. It was accompanied with the tag: “{censored} ISLAM”. Thankfully nobody was hurt.

Where are we headed? We are living in trying times, that’s for sure.

Anti-Muslim hate has been spreading rapidly and it only feels like it’s growing. I think it feels that way because the voices of hate aren’t just loud, they’re constant and they get repeated by media much more than the voices of peace, love and compassion.

As a Sikh Australian, I stand beside Muslims. You are not alone. I refuse to be silent while you’re being attacked, vilified and threatened. This is not about us vs them. This is about wanting a peaceful world for everybody regardless of their religion, race, gender or sexuality.

Hate towards Muslims has continued to grow and it’s not okay. It’s on us to stand up and call out Islamophobia when we see it, hear it or read it, especially when it comes from friends or family.

I was just in Perth for the last leg of the Urthboy tour. After the first of two shows in WA that weekend, I was taking a photo with a fan in the street. A person he was with asked “Oh is he famous?”. Then a random person passing by said, “Nah, he’s not famous. He's Muslim.” My team heard it and called him out massively, to the point where he couldn't say anything other than express regret.

I don't bring that story up to be like "woe is me". I bring it up to say that the word Muslim should not be used as an insult. That is NOT okay. The language of insulting and dehumanizing people is a precursor to violence. We’re seeing it take place right in front of our eyes.

When people are seen as lesser, then society can more easily turn its head when acts of violence are perpetrated against them. They even blame the oppressed community for it.

Australian’s have been cracking black jokes since day one and that led to the genocide and continued oppression of Indigenous people.

Making jokes like this is not okay. I don't care where you're from or what part of the country you live in, we cannot be silent bystanders. Racist jokes need to be called out. Racist political rhetoric needs to be called out. Because it's language like that which sets up the circumstances for something like this: terrorising innocent people.

Being silent in times like these is an active acceptance of oppression.

I’ve been waiting all day for a response from people like Pauline Hanson, Rise Up Australia Party, Cory Bernardi, George Chistensen and others who constantly spew out anti-Muslim hate.

Is this the Australia they envision when they repeatedly dish out anti-Muslim rhetoric? You can’t wish for a peaceful nation and then be silent when people perpetrate terrorist acts like this. It’s no wonder that Muslim people feel isolated and alienated because very few people have the guts to stand beside them.

I also haven’t seen any response by Bill Shorten or Malcolm Turnbull.

I’m thankful to have so many beautiful conversations I have with my fans at shows around the entire country. So many people tell me their visions for a peaceful and welcoming world. I love my fans so much because I know we can share those positive moments together.

I hope this serves as a reminder to all of you amazing people that we need to speak up more. We can’t be silent. We can’t allow hate and divisiveness to take over. If we want peace, we have to stand for it at all times.

Music can play a huge role in times like these. So with that said, I’ve got much more music to make.

It is a Sikh's number one duty to refuse to be silent in the face of injustice.

It is unfortunate that so many of us, Sikh or not, are so easily "brainwashed" by media propaganda, refuse to look at situations critically, and feel so good to simply "blend" in than stand out.

As this article points out, language can shape our thoughts. So it is important to speak up against discrimination, whether its racist or sexist or whatever, even it is it disguised as a "joke."

Any group, at any point in time can become a target. Solidarity is key.