Guru Nanak’s humanism was entirely modern in outlook and expression. His approach to life was, in a way, reverse of the old prevailing beliefs and values. He sought to establish a casteless society based on socio-economic equality.

Guru Nanak preached objective love for one God. He believed God as common father of all humankind without distinction of caste, creed, race, religion or sex. He practised humanism in its true sense. He saw God in humanism. The whole universe was one for him. In reality, his religion was humanism. 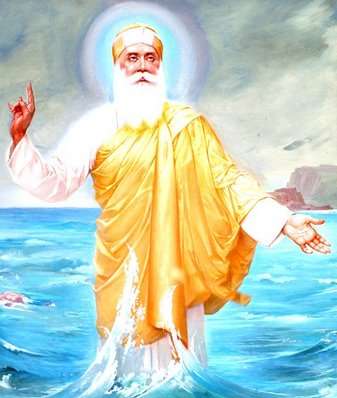 Before Guru Nanak’s birth, India was plagued by caste and communal hatred, racked by lust and greed, ravaged by loot and plunder and reign of terror. The voice of Guru Nanak was a voice of compassion and courage, and a plea for peace and unity. He was pained to see that political and religious fanatics were distorting and misusing the eternal values of life. Religion was being used by its practitioners to gain narrow ends of life, and feed and strengthen their baser instincts and passions.

There was a startling laxity in traditions and restraints and the established law and order. The values of life which are regarded inseparable from social decency, justice, discipline and regulated conduct, were swept away. The society was rent by misunderstandings, bitterness and strife. The atmosphere was charged with suspicion, uncertainty and fear for the future. We recall Guru Nanak’s words to Lalo, the carpenter, ‘O Lalo, Dharam and Sharam have gone underground and false-hood roams about with authority:
"Sharam Dharam doe chhap khaloye. Koor phiray pardhan ve Lalo" - Guru Nanak

How true these words ring and reflect the reality today! Guru Nanak travelled extensively in far-flung areas and preached his ideology of oneness of God and humanity and showed the path of reality, casting aside the superstitious beliefs. He was a great reformer. He wielded great influence on the spiritual and temporal structure of his age within and outside India. Sikander Lodhi, Babar, and rulers of various places accepted his concept of equality of all religions, regardless of caste, creed and race. For him, there was one God and all humans were his children.

He had undying love for the eternal spirit which he saw in all its manifestation in the human world.

In moving forward to this large and enlightened outlook of universal religious brotherhood, Guru Nanak moved away from the limitations of traditional religions, God and Dharma were not monopoly of one country, nation, community or creed. In the Kingdom of God, there was no East and West, and the worship of God could not be restricted to any single church or system; but it was the indispensable essence of social function. Guru Nanak realised in all its fulness the idea of universal religion. Throughout his writings, the fundamental theme is that true religion is in all places, and truth can be realised not by living in the forest or mountain fastnesses but by loving one’s fellow beings.

This is how Guru Nanak has defined religion and humanism. Guru Nanak was asked to explain as to who was the greater, whether the Hindu or the Muslim. The Guru replied that no one was superior or inferior. Without good deeds, both were at risk. Ignoring truth, both the Brahmans and Muslims fought ideological battles in the name of their religions. Each was bind to the good qualities of the faith and religion of the opponent. Each claimed a senseless superiority over the other. Each refused to believe that there could be other faiths with as great wisdom and truth of God as was found in their own religion. Tolerance and regard for each other’s sentiments was missing. The Brahmans used their intellectual wisdom to counteract the new forces of Islam and dubbed them ‘malechhas’. The Muslims considered themselves to be fulfilling a historical mission and used the worst force and violence to suppress and exterminate Hinduism. They called the Hindus Kafirs and idolators. But for Guru Nanak, God’s children were neither Hindus nor Muslims.