LONDON -- An Indian-origin cancer research expert has received a Knighthood from Queen Elizabeth II for his "influential" work on prevention and treatment of cancer in the annual New Year's Honours list published here today. Harpal Singh Kumar, who is the chief executive of Cancer Research UK (CRUK), has been honoured for services to cancer research and being "hugely influential in promoting research into the prevention, early diagnosis and treatment of cancer, and cancer care." 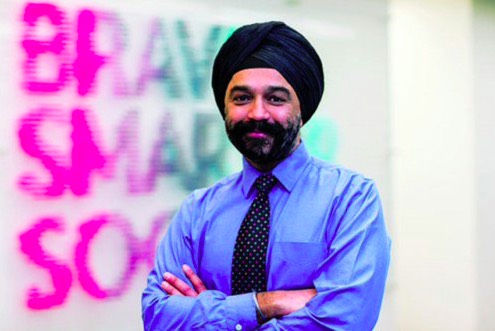 "CRUK's income and research spend are at an all-time high. Under his leadership, it has been instrumental in pushing the government to take further measures to reduce smoking and to ban sun-beds for under-18s," Kumar's citation reads.

"He has been instrumental in setting up the Francis Crick Institute as a world-leading centre of biomedical research and innovation," the citation added.

Samir Desai, founder-CEO of Funding Circle, receives a Commander of the Most Excellent Order of the British Empire (CBE) for his work in the field of financial inclusion and Raminder Singh Ranger, chairman of Sun Mark Ltd, is awarded a CBE for services to business and community cohesion.

Among the Officer of the Most Excellent Order of the British Empire (OBE) list are Kala Patel, managing director of Kiddycare Ltd Nurseries, for services to childcare business and Daljit Lally, deputy chief executive of Northumberland Country Council, for services to integrated care.

A British Empire Medal has been awarded to Aatin Ashok Anadkat, managing director of Hotel Maiyango in Leicester, for services to entrepreneurship.

The largest Indian-origin representation is among the list of Member of the Most Excellent Order of the British Empire (MBE) which include Rekha Mehr, founder of Indian sweets inspired bakery Pistachio Rose, for services to entrepreneurship and enterprise; Ayesha Hazarika, chief of staff to the Deputy Leader of the Labour Party, for political service.