Could it be that Guru Nanak was not the hyper-liberal we have been led to believe? That the Guru was a realist who seeded 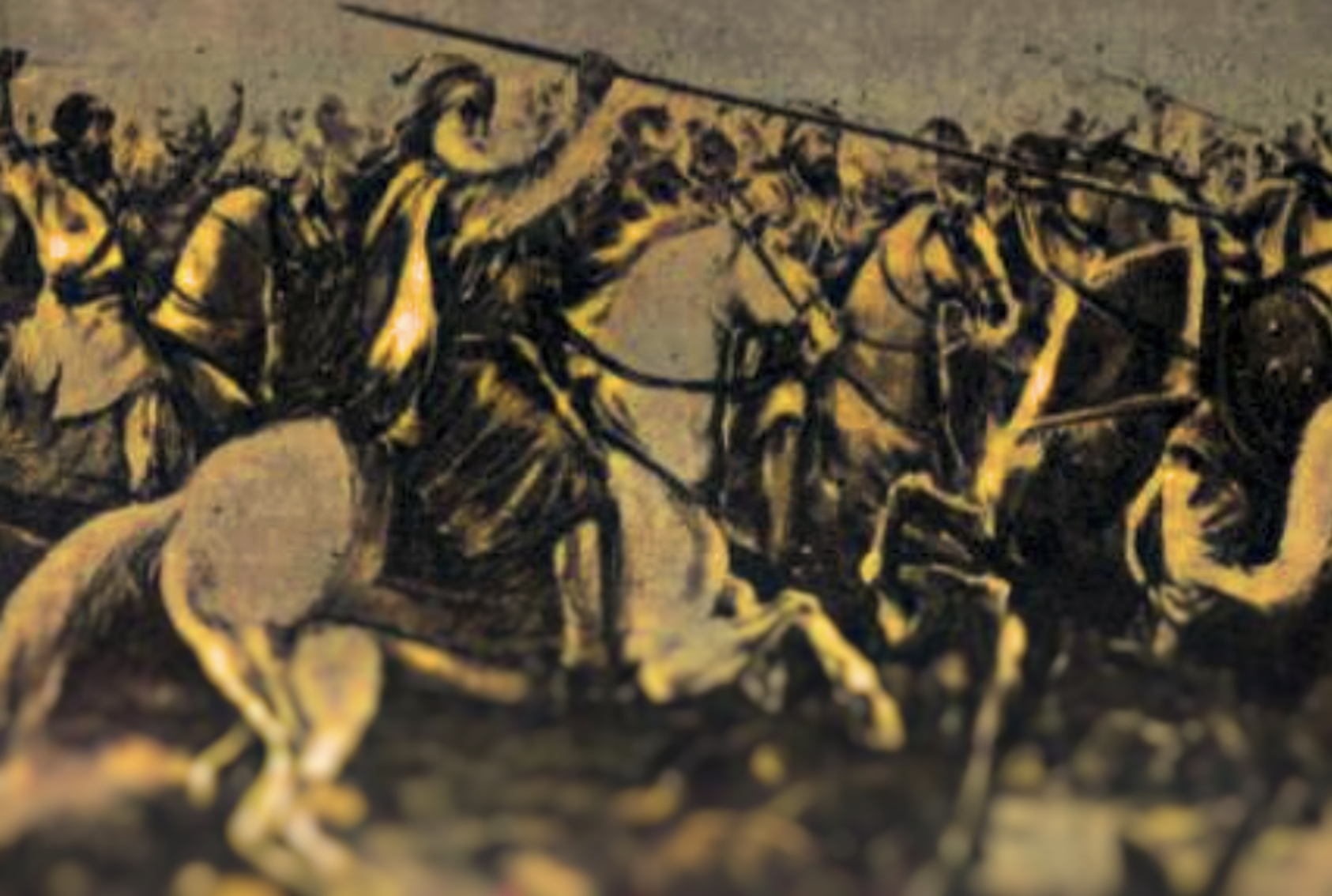 the the growth of Sikh militarism? That for two centuries after the Guru we have been miscontextualizing and misinterpreting his words? The greatest testimony which any historical or religious figure lends us is that of their own rendered in words. In Sikhi we are fortunate enough to have the Guru Granth the content of which was recorded by the Gurus themselves. Its prologue-if it can be called that-is provided by none other than Guru Nanak who sets the tone and tenor for all subsequent compositions within the canon. The challenge for us is to relinquish our preconceived notions of the Guru and Gurbani which have been fed to us over three centuries of cultural/religious intersectionality and intermingling. Rather than advocating for and using perceptions and purviews antithetical or unrelated to Sikhi, it is high time we employ the Gurmat lens provided within the Guru Granth itself.

A Note on Words:​

Since the 90’s Sikh academia has been in the grip of postmodernist attrition. We witnessed examples of this with Oberoi’s The Construction of Religious Boundaries in which the author ludicrously argued that the fluidity of the Guru Granth Sahib negated the static nature of Sikh identity i.e. the existence and purpose of the Khalsa. This superficial contention was based on the premise that words, themselves, have no staticity i.e. the definitions of terms can be altered as per the times. Naturally, of course, this also calls into question the validity of religion. If a faith’s foremost medium of communication and influence- its canon- can be rendered suspect on the premise that words have no consistency in meaning than naturally that faith has no identity. The unsaid corollary here is that if identity is indeed so fluid as not to exist even in essence then by that very logic even the faith’s history is circumstantial rather than directive i.e. it is a byproduct of contemporary circumstances which evolved the faith rather than a byproduct of the faith’s reaction to contemporary factors.

Echoes of this illogicality are found in McLeod’s treatment of Sikh history with some classic canards being:

Sikh militarism was not emphasized by the Gurus but rather belligerent Jat converts.

Current comprehensions of the Guru Granth by Sikhs, themselves, are colonized and not the fluid interpretations given by the Gurus.

The third point stretches the truth given that McLeodian scholars heavily rely on a select number of pre-colonial texts which are intercontradictory and inconsistent. The irony of textual analysis and discovering new sources is lost on them. When his fabricated research on the Kartarpuri Bir was exposed, McLeod beat a hasty retreat citing that the Western methodology of analysis is more impartial than the Sikh nuance of studying Sikh heritage. What was laughable was that the McLeodian school of thought itself orbited around first forming an unrelated hypothesis and then forming facts based on a select few sources to confirm the hypothesis. In the present day, this is the tragedy of the entire Western academia. Facts are formed to fit a hypothesis rather than an explanatory hypothesis to confirm existent facts.

We, though, refuse to believe the hypothesis of words being variable by nature. This is only a subtle attack on the nature of the truth being deterministic and eternal where belief is concerned. Our stance is that words, as a medium of communication, retain an unvarying nature which speaks to us across space and time allowing us to comprehend what is being conveyed to us by their writer. This view is unchanged where Gurbani is concerned as well.

We believe Gurbani’s message is immortal. Poetic aesthetics should not detract us from the fact that the Guru Granth offers us profound principles with which to live our life by. These are universal in the sense they are associated with the nature of Creation and humankind’s existentiality within the said Creation. These principles reflect immortal truths which shape our nature.

Force in the Sikh ethos:​

The term force (ਜੋਰੁ) in Gurbani is first mentioned in the Japji composition of Guru Nanak. Referring to the proactive state of Karam Khand (ਕਰਮ ਖੰਡ), the Guru delineates:

The nature of devotion and of life itself is one of force according to Guru Nanak. Force in the Sikh context is a multilayered term but it does not discount armed conflict. Rather, the Sikhs who ascend to ਕਰਮ ਖੰਡ are forever prepared to participate in conflict for just purposes or initiate such a conflict for the greater good. In relation to the Sikh ethos, we can assume the definition of force to be the action of undoing that which has been done in regards to human activity. Obviously, undoing implies the nullification of that which is immoral.

The Nature of Force:​

The naturalness of force is explicated by Guru Nanak on Panna 143 of the Guru Granth. The verse in question specifically justifies the usage of force whenever and wherever necessary.

“When pieces of metal shatter a smith bonds them together through flames. A discordant husband and wife finally bond through the necessity of raising their children. A monarch upon being satisfied bonds with their loyal courtiers. A hungry man bonds with food to sustain his starving self. The people bond with rivers when they overflow to flood away famine. Sweet words augment any bond. One bonds with books of wisdom by speaking the truth. The dead bond with the living through deed and virtue. But the only way to bond with a fool is to render a blow to their face. This is Nanak’s view. Above all, we bond with the Maker through praise.”

In the whole realm of human endeavor, the Sikh is advised by the Guru through this verse to display:

A sense of duty (represented by the courtiers satisfying their monarch).

Gratefulness (represented by the starving man thankful for his food).

Selfless service (represented by the rivers flooding away famine).

Truthfulness (represented by speaking the truth).

Consideration of legacy (represented by the dead bonding with the living through virtue and death).

Acceptance of conflict (represented by the action of hitting a fool).

For the Guru force was a necessity for impelling change in the sociopolitical fabric and for defending one’s life and principles. This enunciation was embodied by Guru Hargobind upon his ascension as the sixth Guru of the Sikhs as well as by subsequent Gurus who resorted to rendering the tyrannical fools of their day fatal blows with their weaponry. The immortality and relevance of Guru Nanak’s words spoke to them across the decades and ultimately to subsequent generations of Sikhs. It is only now tragically that we misrepresent Guru Nanak, our progenitor Guru, to be some ardent pacifist who decried the necessity of conflict. To bond with a fool, to control a fool and the damage wrought by their foolishness it is necessary to resort to armed force. This, the Guru tells us, is natural.

One can see echoes of this verse in the tenth Guru’s famous adage of resorting to force when all levels of tolerance are crossed. The question is, can we accept that Baba Nanak also condoned force? 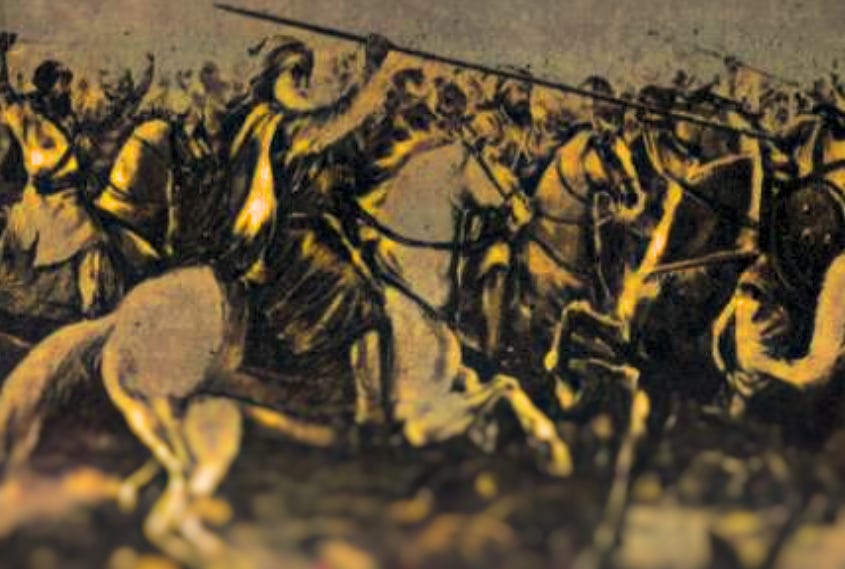 THE NATURE OF FORCE