"A farmer toils to feeds us. When the hands that feed us reach out for help, we can at least donate £20/$30USD a month, to feed their children," : Appeal by Mejindarpal Kaur, UNITED SIKHS director, who coordinates a farmer suicide pension scheme in Panjab.

You can make your yearly or monthly recurrent donation marked for 'Rescue A Family':


You may watch a video of the Rescue A Family pension scheme here. 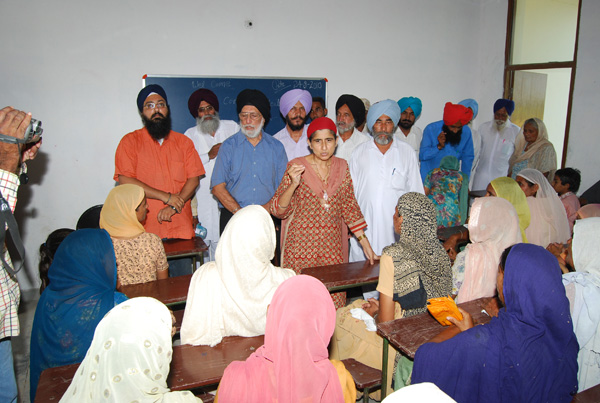 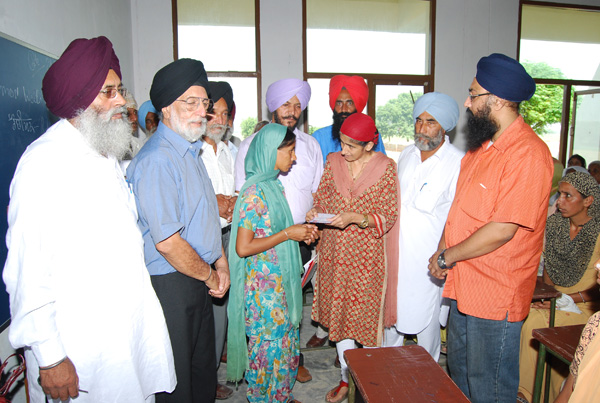 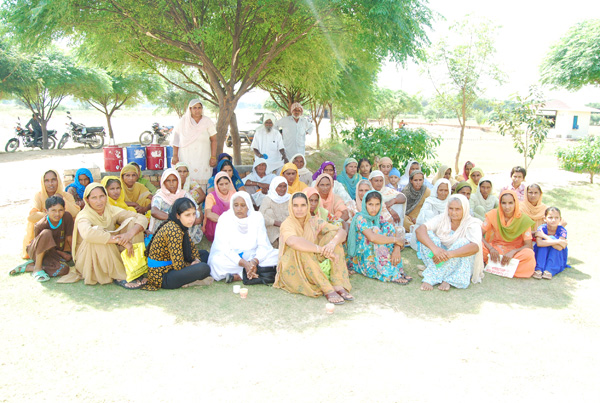 Sangrur, Panjab, 21st Feb 2011 - This week 50 Panjabi farmer suicide widows will receive their monthly pensions from UNITED SIKHS under a Rescue A Family (RAF) pension scheme that was started last October, whilst thousands others wait for your support.

The family breadwinner was swimming so deep in a rising tide of debt that finally he was swallowed up: like thousands of Panjabi farmers every year, he committed suicide. He left nothing behind for his family but more debt.

UNITED SIKHS started this pension scheme in October 2010, as a UNITED SIKHS Aid project, after our local partner, the Baba Nanak Education Society (BNES), informed us that farmer-suicide widows, due to poverty, were removing their children from school in order to have an extra pair of hands to earn some income.

"The Panjab State has started to acknowledge the problem which was previously dismissed as non-existent. However, state widow pensions are not being given to all such widows and in any case they are minimal at 250 rupees a month," said Mejindarpal Kaur, a UNITED SIKHS director who is coordinating the pension scheme.

"Thousands of families find themselves in this desperate position. A study by the Punjab Agricultural University in the districts of Bhatinda and Sangrur indicates 2,890 suicides between 2000 and 2008. A study is ongoing for the remaining 18 districts in Panjab which will paint a bigger picture of the farmer suicide problem," added Mejindarpal Kaur.

Among the first to feel the brunt of a farmer-suicide are the children left behind. These kids drop out of schools to labour in the fields to feed their families. The cycle of poverty continues, and every year another crop of suicides is harvested in Panjab, India's bread basket. You may watch a video of the Rescue A family (RAF) pension scheme here.

"Under our RAF pension scheme, a farmer-suicide family will receive between 1000 to 1500 Rupees (up to £20/$32 USD) per family for as long as their children remain in school. These pensions are paid into bank accounts opened for them. We have identified 300 more families who are in need immediately," said Mejindarpal.

A list of Farmer-suicide families who are currently receiving the RAF pension can be seen here. These pensions are supported by donors from UK, Thailand, Singapore, Canada, USA and Switzerland. You may read about our Rescue A family project and the farmer suicide problem at http://unitedsikhs.org/makepovertyhistory/

You can make your yearly or monthly donation:

We can stop the cycle of poverty for these families in Panjab. But we can only do it with your help.

You may read a previous press release on relief provided by UNITED SIKHS for farmer-suicide families at http://www.unitedsikhs.org/PressReleases/PRSRLS-20-08-2010-00.html