Sikhs have been part of the American fabric for over a century, and yet they remain a misunderstood group.

In the years since the attacks on September 11, 2001, Sikh Americans have frequently become victims of racial profiling and subjected to hate crimes due to rising Islamophobia. The majority of Americans, however, ad they know nothing at all about the faith. 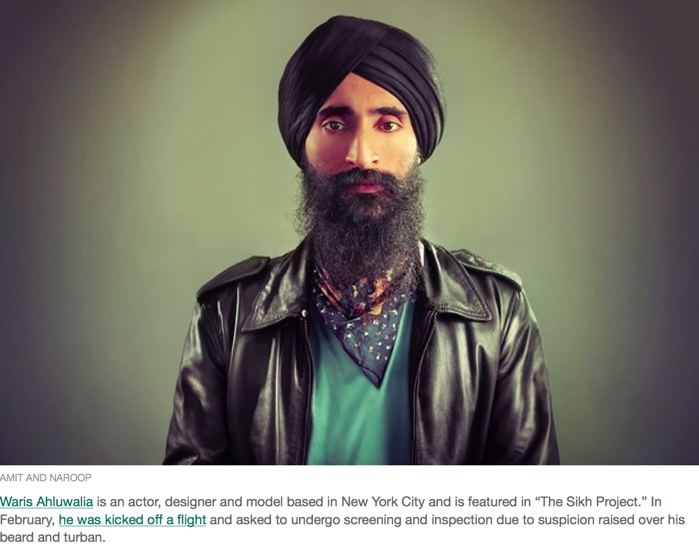 An upcoming photography exhibit hopes to change that by spotlighting Sikh American subjects and raising awareness about the faith.

British photography duo Amit and Naroop, who identify as Sikhs and previously shot a series on British Sikh men, are partnering with U.S.-based non-profit The Sikh Coalition for the exhibition, which they’re calling The Sikh Project. The exhibition will run from September 16-25 in New York City, with the aim of highlighting “generations of Sikh American history that embodies perseverance and progress as we commemorate the 15-year anniversary of 9/11,” according to The Sikh Coalition’s website. 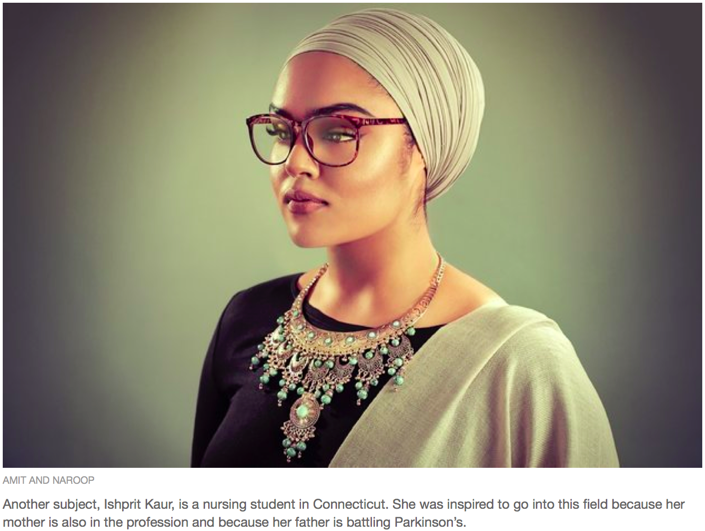 Even from Britain, the photographers said, they could feel the reverberations of September 11.

“The attacks affected us emotionally in the same way they did the people of the U.S. It’s was a tragedy. No matter where you lived in the world, you still felt the pain and sorrow for the people affected,” Amit and Naroop said in an email to The Huffington Post.

As British Sikhs, though, they said there are some important ways their experience differs from Sikh Americans.

“The difference in the UK is that the public in general are much more aware as to who Sikhs are,” the photographers said. “They can easily distinguish between the identity of a turban wearing Sikh and a Muslim.” 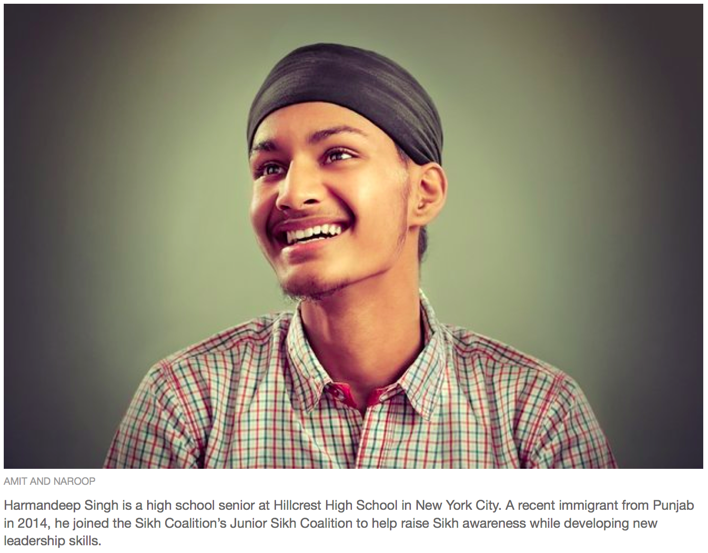 The photographers said they too have had a taste of the discrimination many Sikh Americans experience ― though they are spared much of it by choosing not to wear turbans or grow long beards. Wearing a turban in the U.S. can be “limiting,” they noted, making it difficult for Sikh Americans to do things like serve in the military or enter police ranks. For many Sikhs, though, the turban, or dastaar, is a sacred item that demonstrates their religious devotion.

“America seems to be behind in its acceptance of the turban as an integral part of a Sikh’s identity,” Amit and Naroop told HuffPost. “It’s not an accessory that can be removed at will.” 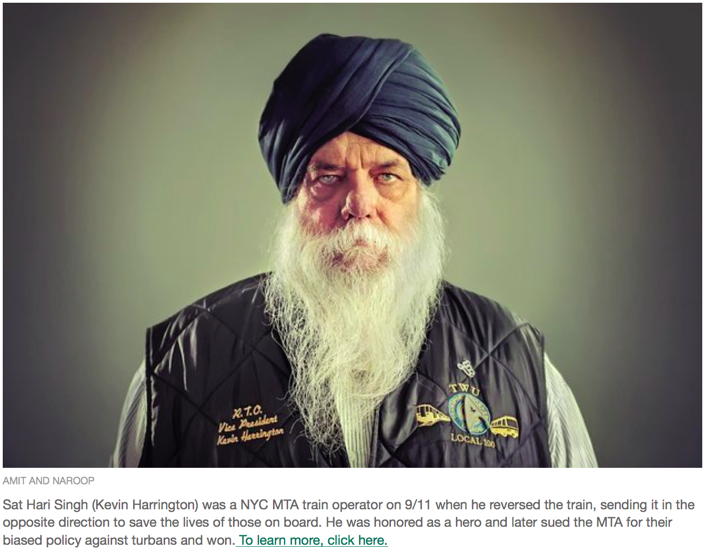 The Sikh Coalition is one of several advocacy organizations working to change that culture of discrimination. The organization formed immediately after the September 11, 2001 attacks in response to violence toward Sikh Americans in the aftermath of the tragedy. In the 15 years since, the organization has worked to spread awareness about the religion.

“As we commemorate this important milestone for our organization, we felt that the moment was right to examine the beauty of the Sikh faith, the strength of our collective spirit and to do so in a way that further educates Americans,” Sikh Coalition executive director Sapreet Kaur said in a statement.

Amit and Naroop set out to capture the beauty of Sikhism in America, they said, through their choice of subjects, some of whom were hand selected, while others applied through a casting call. They hoped to represent individuals who have “broken down barriers,” like Captain Simratpal Singh from the U.S. Army and Deputy Sheriff Harinder Kaur Khalsa.

“All of them are role models,” Amit and Naroop said. “They show that a turban should never hold you back.”