We Sikhs are no strangers to bullying and harassment. We are also a minority and destined to remain one no matter where we live, whether it is somewhere in India where the faith originated over 500 years ago or in a modern megapolis like New York, London or Toronto. And minorities make attractive targets; the more vulnerable they appear the more tempting to pick on.

Today I am talking about our reality in the United States and Canada, although my comments would find sufficient common ground in much of the world and even in parts of India. Sure enough the Internet erupts often with incidents that do not become a civilized society, when ordinary people are bullied at work, school or play just because they speak a different language, look somewhat different or march to a different religious or cultural beat. But such is our fate and we rue it often, no matter if the targets are Sikh children, Sikh adults, even diplomats or accomplished Sikh professionals and business magnates. 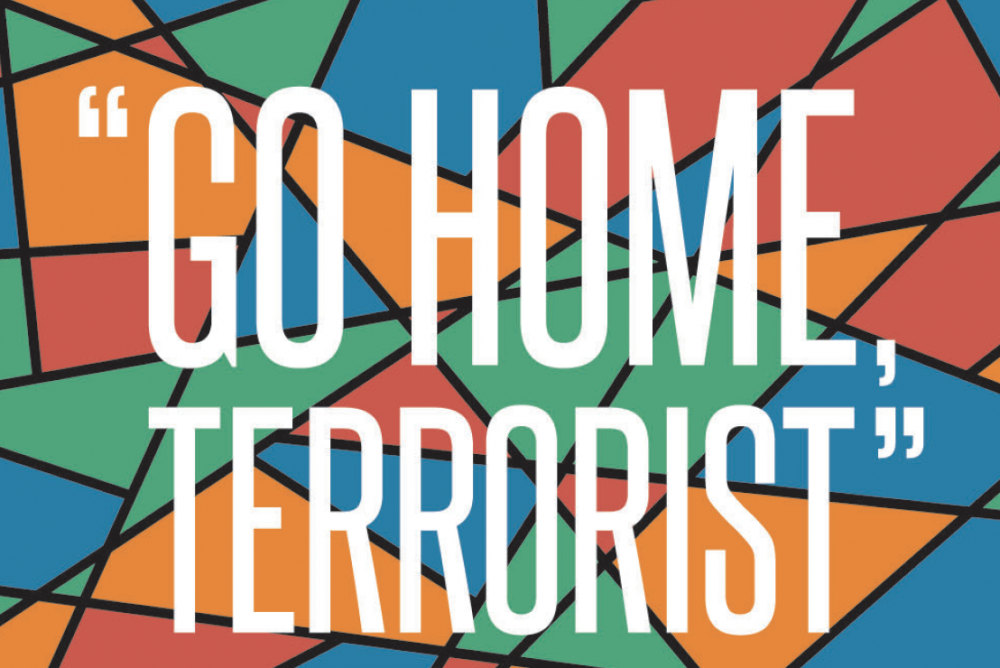 Over the last decade, in North America we have evolved institutions like SALDEF, Sikh Coalition and United Sikhs to discourage and combat such hooliganism by pursuing legal recourse as and when possible. The struggle continues and will likely go on.

After every occasion that catches our eye we wonder why is it that after a full century in a barely 300 years old country (United States) the average Joe knows so little of Sikhs that he treats them so shabbily -- like total aliens from a different planet. Our frustration boils over and we pledge to change this reality by new and more powerful initiatives.

We often wonder if perhaps we should run newspaper ads to tell the world that Sikhs are peaceful productive citizens with a rich heritage and a noble way of life -- Sikhi. Perhaps we should widely distribute free illustrated booklets on Sikhi and the Sikh people at street corners.

We could buy air time on media to showcase phenomenally successful Sikhs and/or Sikhi and its message. I leave out social media only because I am so inexperienced with them but they, too, offer possibilities.

No question that we should think of all these things and many more. Yet, sometimes we get discouraged, even angry, with our spokespersons and representatives that try but seem to fail just as mightily, if not always nobly.

However, more meaningful than fancy ads and paid hucksters may be the interaction of ordinary Sikhs with their ordinary non-Sikh neighbors and colleagues.

What I just said sounds so cruel and thoughtless but that’s what history teaches us. Just peruse the events of 1947 and 1984 for starters. Between those two events several hundred thousand Sikhs were killed in cold blood, in 1947 by Muslims and in 1984 by Hindu mobs; 1984 was worse because it could not have happened without the collusion of political leaders of India.

Both times neighbors turned on neighbors but it was also some non-Sikh neighbors who hid and saved many Sikh lives. Such behavior is widely seen wherever there has been civil strife, whether in Germany where ordinary Germans protected Jews from the authorities or conversely turned them in to the Gestapo during the Second World War.

There is no question that bullying deserves to be stamped out. No question that our initiatives need to be assertive. More “show and tell” opportunities about the Sikh turban and long hair need to be cultivated.

I remember in the early ‘60s when I was a graduate student in Oregon the seven year old daughter of my good friends and neighbors asked if she could take me to her grade school for “Show and Tell.” “Of course” was my automatic response and off we trotted to her school where I demonstrated the art of the turban and managing the long hair etc. Over the years there came many more similar opportunities to educate and entertain. It was a total pleasure and I see now that it is being increasingly and systematically done in many schools across the country.

Clearly this kind of interaction is absolutely priceless. Our neighbors have to learn about us and to know us but for that to work we have to learn about them and know them just as well. Life is a two-way street and sometimes we fall behind in that.

little about us. My answer sometimes floors or irritates my Sikh friends when I challenge them

on how little we have learned of our neighbors in the same hundred years.

2013): “Swastikas, Slurs and Torment in Town’s Schools.” It highlighted the harassment and

bullying of Jewish children and their community in this day and age, not in rural Georgia or

Mississippi, but in an upstate part of a civilized rural haven just 90 miles north of New York

City. I confess that the report blew me away.

remained on the wall of an 8th

students “reported anti-Semitic epithets and nicknames, and horrific jokes about the Holocaust.”

The Times report started on Page one but went on to cover a full page inside. The school has

been sued and is vigorously contesting the suit. But my point today is different.

grade social studies class at a school for almost a month? Jewish

It is not that Jews are the new kids on the block as Sikhs appear to the larger community. Jews

have been an integral part of the American life for almost as long as the community has existed.

The Jews have an enviable record of success in all parts of the community – financial, political,

professional, and philanthropic, as well as community service. The world is not a stranger to the

Jews’ record in arts, sciences and entrepreneurship. I am not going to recount here their roster of

Nobel laureates in the arts and sciences, for instance; it easily exceeds the accomplishments of

Why is it then that such deep pockets of resentment, envy and plain pig headedness still exist in

Gentiles arose so long ago in history and why they have persisted. Why the people of the three

Abrahamic faiths (Jews, Christians and Moslems) have been at loggerheads historically is a

different matter for another time.

The point is that it isn’t because the larger society does not know the Jews. So, ads on television

and in newspapers on how the Jews are good people are not likely to help very much. Yet

such initiatives can’t hurt and are seemingly useful reminders, so they periodically appear in all

Yet, until the end of the Second World war Jews were not easily admitted to American medical

schools; some professions have a long record of closed doors against women and minorities,

Immigrants to this land face three stark but complex aspects of a troublesome issue: matters

of identity, integration and assimilation. To my mind the idea of assimilation translates as

homogenization and that is a loss to the immigrant as well as to the host culture. It makes no

sense whatsoever. Therefore, I reject the idea of a melting pot. Incidentally the emphasis on the

melting pot is not as old as we think. It entered the national dialogue only after 1912 following a

Broadway play of the same name by Israel Zangwill.

The better metaphors for the mix that is our contemporary culture remain the mosaic or a multi-
instrument orchestra. Identity and integration can and should coexist and will enrich both the

new arrival and the host society. I have dealt with these issues at considerable length elsewhere.

In any community many stages and levels of identity, integration and assimilation will exist at

any given time, and they do in the Jews and Sikhs as well. So the larger Sikh world, like the

Jewish community, shows all three matters energetically debated within their own community

which often shows sharp division along these lines. Don’t forget that the Jews have been at it

much longer and problems still raise their ugly head.

assimilation occurs. But interaction with others is how Jews likely acquired their immense social

capital which has propelled them on a dramatically successful arc.

I know I have spent much time on Jews in this essay. Forget not that American history records

some very discriminatory chapters on the treatment of East Europeans, Asians, Blacks, Japanese,

even Germans, Italians and Irish at different times of their journey in America. What I find

the block. In this essay I am going to deliberately step away from the long and historically

troublesome Black experience in this culture.

My position is that, in the final analysis, these matters – like adhering to one’s identity or

and the strangers around them. And that stress lines between communities are both universal and

I think the tensions amongst communities are the way of all mankind. They have existed as long

as we humans have. It seems to me, therefore, that to discriminate and prejudge others must be

hard wired in the DNA. Perhaps this is how we defined our enemies and friends ages ago and

still instinctively continue to do – even more so in bad economic times.

It is the core of our identity to separate the world into “them and us, friends and foes.” It takes

time, even generations, to evolve an outer directed worldview, to transcend the barriers and

enlarge the circle to become inclusive, until the next stranger or a new community comes to

the door. The other side of the argument is that it is like fences between neighbors that are so

essential to a civilized society but, at times, morph into seemingly impregnable walls.

So what hits us as prejudice may initially be only a protective behavioral trait. It seems then

that ads and media events would help, and they do. Yes, they are necessary so do them, but

remember that they alone would never be enough. This is critical to understand.

should but we have to act locally. In the final analysis, this is where all action starts.

differences. For this to occur what would be necessary are invitations and visits to homes,

age-old lesson that we must not forget.

If there is to be an ad on public media with an iconic Sikh face on it, the message that I want it to

convey is not “Look at me; I am a Sikh and Sikhs are successful leaders or tycoons etc” but one

that is far more direct and inclusive, “Come on in, let’s not be strangers to each other.”

Bullying and harassment should never be swept aside. But let’s not put all the eggs of our hopes

in that one basket of media ads. Let’s not succumb to despair either. SALDEF, Sikh Coalition

the way to go. For example, where do U.S. law enforcement agencies and airport security

personnel go to learn what little they know about Sikhs? Less to our gurduaras and more to Sikh

Coalition and SALDEF, and we need to support and strengthen such endeavors. And we need to

relationship. A progressive society has a goal in mind – an equal place at the table for all of its

members, despite our differences.

The work of building bridges is never finished, nor can it be successfully outsourced. It is

forever an ongoing process. It always remains one of life’s unfinished businesses.

As previous, individual words provided, please feel free to correct. My interpretation underneath in blue. Please add in your own understanding and how this shabad influences your life...