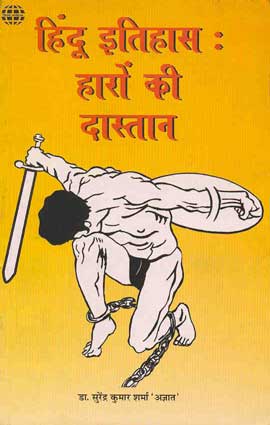 What do you think ?

That posts are removed from that site at present due to work of Bhai Rajinder Singh Jutala of info-sikh.com.

Thanks for good thread.
H

You seem to have forgotten the Sikhs and their warriors.

There are many battles in our common history which should make you rethink.

We are one in our defeats and victories.

Dear hps62 , there is no doubt that sikhs have history , but why did British ruled India ?

I completely agree with Dr. Sharma , there is nothing to ignore , but we have to closely analyse it .

Even today India is a defeated Slave.

Why people from the past behaved cowardly ?

It is so that the Indian climatic conditions and its cultures creates such an environment that a person starts living in Fairy Tale Dreams.

When they become bad , they fight among themselves only.

Indian know only one thing , Life is practical , Do practical with a proper plan .

Moreove they have Crab Mentality .

As long as they in India they won't succeed , but when they go abroad , they get a KICK on THEIR BUTT and then only they succeed .

This same thing was inherent in the previous past past people who got defeated by the Invaders.

They(the invaders) were the Enlightened People . Don't consider enlightenment the only property of Dharm or religion .

But Enlightnment of any thing , war, love etc.

When Indian can't do any thing then they either write poems or proses to console themselves .
V

Some 'poems' like that in Dasham Granth arose us to defeat Moghuls and Afghans.

To fight to Britishers in Indian National Army.

To fight germans and Japs in second war.

To Fight 5 Wars India has fought.

These so called Poems are there to arise the dead mind.

It lis like Deh Shiva ..(it is Shiva and not siva).

Why India is underdeveloped today then ?
V

If majorit of Indians understand after reading and listing those so called poems than India will develop to zenith.