“Justice, in this case, has already been delayed. Justice delayed is justice denied"
- Ishmeet Kaur Chaudhary, editor of ‘Black November: Writings on the 1984 Sikh Massacres and the Aftermath’


It has been 35 years since the assassination of Indian Prime Minister Indira Gandhi. And it has been a 35-year wait for justice for the 1984 massacres of the Sikhs. The dark and tormenting days of November 1984 are from healed. The victims may have aged, but their wounds are deep and still fresh in their minds.

“Justice, in this case, has already been delayed. Justice delayed is justice denied,” says an editor of a new book entitled ‘Black November: Writings on the 1984 Sikh Massacres and the Aftermath’.

“The generation of both the perpetrators and victims are at the end of their life; it is already 35 years to the incident. The judicial system has failed and perhaps we have not learnt our lessons well from the past,” Ishmeet Kaur Chaudhry tells Asia Samachar. 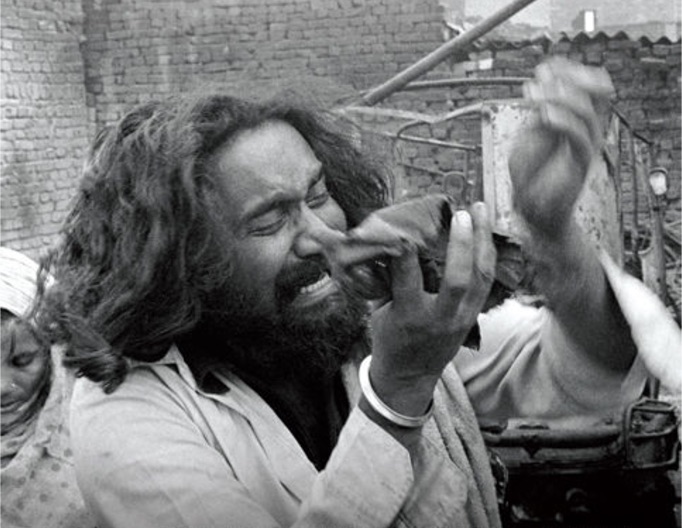 On 31 Oct 1984, Indira Gandhi was assassinated by her Sikh bodyguards, followed by killings, humiliation, rape and plunder over the next three days. The effects of such an organized violence were felt in several parts of the country including Kanpur, and Bokharo along with Delhi.

The massacre of 1984 was a national shame, and it was followed by another: over three decades of impunity for perpetrators of these crimes, according to Chauraasi Ki Nainsaafi: The continuing injustice for the 1984 Sikh massacre, Amnesty International India’s briefing released in 2017.

Indeed, thirty-five years down the line, the survivors of the massacres struggle on with their lives, waiting for justice, according to a media release accompanying the release of the book. The psychological trauma and the distressful conditions have led some of their children into drug addiction and petty crimes, still many of the widows of the colony continue fighting in the wait of justice, leaving behind their stories of strength and survival.

The 292-page book puts together interviews in the immediate aftermath of the pogrom and more recent interviews of the victims in the Tilak Vihar Widows’ Colony. It aims to provide voice to these women and helps us to listen to the, persecuted and brutalized, and compels us to seek justice and healing for the survivors.

Ishmeet teaches at the Centre for English Studies at the Central University of Gujarat, Gandhinagar. She is the editor Patrick White: Critical Issues (2014), co-editor of Violence, Subversion and Recovery: Women Writers from the Sub-continent and Around (2019, with Rachel Bari) and the author of Texting the Scripture: Sri Guru Granth Sahib and the Visionary Poetics of Patrick White (2016).

Here’s a short interview with Ishmeet following the release of the book last month.

AS: What shocked you most in the course of putting this book?

I was touched most while interviewing the widows of Tilak Vihar widow’s colony. I was shocked at seeing their living conditions and dilapidated houses they lived in, endlessly fighting and struggling to get justice.

I had a feeling of shame that neither the government nor the Sikh community could do anything substantial for their upliftment. It is not a matter of giving compensation alone, it is a matter of empowering people by standing with them and their children; help them deal with the psychological trauma they went through and be able to give them a decent living.

The least that prosperous Sikh community members could have done was open a day school for these children and looked after them; support them and give them education and medical facilities so that they were not disarrayed and lost to drugs and petty crimes.

AS. You talk about being saved at the age of six. Can you elaborate on that incident?

My family was at Shimla then and my father a government employee. The experience is two-fold, both good and bad. Some of my father’s colleagues who were also his friends for years began turning their back to him owing to the anti-national discourses in the air pertaining the image of the Sikhs in the ’80. Particularly, in ’84, some of these people who visited us frequently passed derogatory remarks to him owing to his turban and long hair. While others helped him. One of his officers asked him to go home and stay safe as he smelled tension in the air. He assured him to take care of his official commitments which he did. Also, when the mob attacked the Gurdwara, our next door neighbour, eminent journalist Ravinder Randev, came running to our house and started stoning the mob and diverted it. People were scared of being identified and thus the mob scattered. Nothing happened to us. It gives me chills at the thought “what if Randev Uncle were not home that night?” People like my father’s officer and Randev enable us retain hope and faith in humanity. The aim of the book was to remember such stories of hope as well as lend voice to the survivors fighting for the day when they will be able to see justice.

3. Do you see any hope in bringing justice to the victims?

Justice, in this case, has already been delayed. Justice delayed is justice denied. At the same time, one is not entirely hopeless but the lessons that “justice in time” could have served are lost. In Bhuj, Gujarat, a park was made to rehabilitate and empower earthquake victims but in case of ’84, the widow’s colony has been turned into a ground for charity and a field to play politics.

The generation of both the perpetrators and victims are at the end of their life; it is already 35 years to the incident. The judicial system has failed and perhaps we have not learnt our lessons well from the past.

One wonders how many more carnages will awaken people from its sleep!

Nevertheless, the life sentence to Sajjan Kumar (though at the same time Kamal Nath was made Chief Minister of MP, that added to much distress amongst the Sikh people) and a handful of cases that were resolved does make us hopeful that maybe someday, some brave heart and a compassionate person may empathise with the victims and give them justice, lest we add another chapter of impunity to the history of India!