Islam Belief In The Jinn Part 2

Day theme is very important he talks about the message of the Prophet Muhammad peace be upon him for aLance and jinn , who is Muslim, and some of them is an infidel, and now I'll leave you with a detailed explanation of an entire chapter in the Holy Koran which speak of the jinn and listening to Muhammad's mission and their faith and what they said and what they did to the interpretation of Al-jinn cause down: "It was if the Arabs encamped Wadia lonely said: We seek refuge this valley of the fools of his people came down

general meaning and the numbers of Sura 28 , the name of God
(((1) Say, [O Muhammad], "It has been revealed to me that a group of the jinn listened and said, 'Indeed, we have heard an amazing Qur'an
(2) It guides to the right course, and we have believed in it. And we will never associate with our Lord anyone
(3) And [it teaches] that exalted is the nobleness of our Lord; He has not taken a wife or a so
(4) And that our foolish one has been saying about Allah an excessive transgression
(5) And we had thought that mankind and the jinn would never speak about Allah a lie
(6) And there were men from mankind who sought refuge in men from the jinn, so they [only] increased them in burden
(7) And they had thought, as you thought, that Allah would never send anyone [as a messenger]
(8) And we have sought [to reach] the heaven but found it filled with powerful guards and burning flames
(9) And we used to sit therein in positions for hearing, but whoever listens now will find a burning flame lying in wait for him

Say, O Muhammad, to your nation that God has revealed to resumption group of jinn to my reading of the Koran when the prophet returned from Taif after a call Thaqeef or while standing in the night Atahjd they returned to their people of the jinn and say: 'we heard the Koran, contrary to the words of people claim to wonder and astonishment of the Badi organized and Jalal meaning and leads to truth and righteousness of the faith in God and unification, so we believed him and when we follow what we thought and belief, which claim it will not involve Briana anyone.

And that God and the independence of our Lord and blessed than the unbelievers say, and attribute to him to take her and a son .... He used to say ignorant and injustice, betraying a lie against Allah by wife and son to him, and we think that none of mankind and the jinn can lie to God ignorant and foolish in their faith. But now it has been shown right from wrong falsehood and we follow the truth and believe in it. A group of believers from among the jinn, and that was before Islam men among mankind men from among the jinn sin and or fear and burdensome.

"It was usually the Arabs in Jahlitha that if one of them got a wild place, said: I seek refuge in this valley by Sir fools of his people. Jinn when she saw humans from their fear of them : the fear and panic."

And growing and growing because of the heads of the jinn said: "Sedna, the jinn and mankind together. When Islam came, people believed in God and sought refuge with him and protected them.

According to the Almighty that the jinn were thought as humans think that God would not send a messenger after the Apostles. Before the mission of Muhammad peace be upon him.

Or they thought that there would be sent and the account as humans thought that but they are guided and believe in the resurrection, after hearing the Koran.

He told the Almighty that the jinn when they asked the sky to achieve the eavesdropping as they did before the mission of Prophet Muhammad peace be upon him. And found the sky had filled with guards of the angels and the stars burning the Holocaust.

And they have seats for eavesdropping before the mission of the Prophet peace be upon him and fall short of it after the mission is trying to Overheard then find flare originally provided it does not destroy him survive.

What is learned from the verses:

1 - Letter of the Prophet Muhammad peace be upon him generally to the jinn and mankind.

3 - Belief in the existence of the jinn.

4 - Koran spent on the means of charlatanism and superstition and fortune-telling by eavesdropping.

5 - prevent eavesdropping after the mission of the Prophet peace be upon him.


Relevance of the verse before it, including:

That the jinn prevented from eavesdropping from the sky is no longer something to be known as people of the earth.

Naben ji is there a physical description of what "Jinn" looks like in case we run into one! I as a child learned Jinn to be the "bad one taking you away". 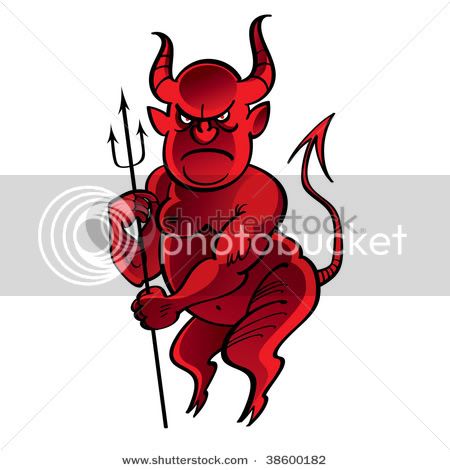 Just wondering and if the color red is given any prominence,

Sikhism differs in the facts from Islam.

The following verse written by Kabir, a muslim saint who believed in Allah but his views disagree with the general Muslim beliefs of infidelity and Muslims and are in line with Sikhism. Just for comparison, bear with me and read the first part of Kabir Ji's following verse in Sri Guru Granth Sahib Ji Page 1349.

Prabhaatee:
First, Allah created the Light; then, by His Creative Power, He made all mortal beings.
From the One Light, the entire universe welled up. So who is good, and who is bad? ||1||
Last edited by a moderator: Jan 5, 2016

In comparison, Sikhism says the demons also cross over (this treacherous ocean of Maya) in the following way.

Distortion in Islam
Abuse of Islam
Is not considered a Muslim

God says in the Holy Qur'an
(85) So do you believe in part of the Scripture and disbelieve in part? Then what is the recompense for those who do that among you except disgrace in worldly life; and on the Day of Resurrection they will be sent back to the severest of punishment. And Allah is not unaware of what you do.

Almighty God of His attributes
Light

God says in the Holy Qur'an

(4) It is Allah who created the heavens and the earth and whatever is between them in six days; then He established Himself above the Throne. You have not besides Him any protector or any intercessor; so will you not be reminded


The Messenger of Allah peace be upon him
The angels are created from light
He created the jinn from smokeless fire and Adam was created, which you describe
Narrated by Muslim

(57) I do not want from them any provision, nor do I want them to feed Me

(58) Indeed, it is Allah who is the [continual] Provider, the firm possessor of strength

This makes the self is always reassuring

(186) And when My servants ask you, [O Muammad], concerning Me - indeed I am near. I respond to the invocation of the supplicant when he calls upon Me. So let them respond to Me [by obedience] and believe in Me that they may be [rightly] guided
God has guided you to the right

Distortion in Islam
Abuse of Islam
Is not considered a Muslim
Click to expand...

I don't think Sikhism distorts Islamic beliefs, the teachings of Sikhism only show Muslims the right conduct and behavior for example the following 2 verses on SGGS page 141 are self-explanatory:-

There are five prayers and five times of day for prayer; the five have five names.
Let the first be truthfulness, the second honest living, and the third charity in the Name of God.

Let the fourth be good will to all, and the fifth the praise of the Lord.

Repeat the prayer of good deeds, and then, you may call yourself a Muslim.


It is difficult to be called a Muslim; if one is truly a Muslim, then he may be called one.
First, let him savor the religion of the Prophet as sweet; then, let his pride of his possessions be scraped away. Becoming a true Muslim, a disciple of the faith of Mohammed, let him put aside the delusion of death and life.
As he submits to God's Will, and surrenders to the Creator, he is rid of selfishness and conceit.
And when, O Nanak, he is merciful to all beings, only then shall he be called a Muslim. ||1||

I hope you are not posing to be another Zakir Naik who hails Islam to be superior than other religions. I don't know if you can understand Hindi because the video below explains the hipocracy of individual leaders who are distorting Islam's humble image like Zakir Naik is, IMHO.
Ravi Shankerji Powerfull slap to Zakir Naik Face - YouTube

I tried to find a video which is in english about the same issues which Zakir Naik finds as unacceptable. You know, during the Moghul empire, even Muslims suffered a terrible fate, not only Hindus and Sikhs. So it is not any religion which is good or bad nor superior or inferior but what the individual leaders create using religion to benefit their own selfish agendas.
http://www.youtube.com/watch?NR=1&feature=endscreen&v=Mx9jyi6CBuE

Again, Sikhism in no way criticizes Islam, it respects all religions who follow their holy books.
Last edited: May 6, 2012

Yes, my dear brother
Thank you
The issue here
Do not increase or decrease in the Islamic religion
Only
Holy Qur'an and the Hadith
Do not add something new is an innovation