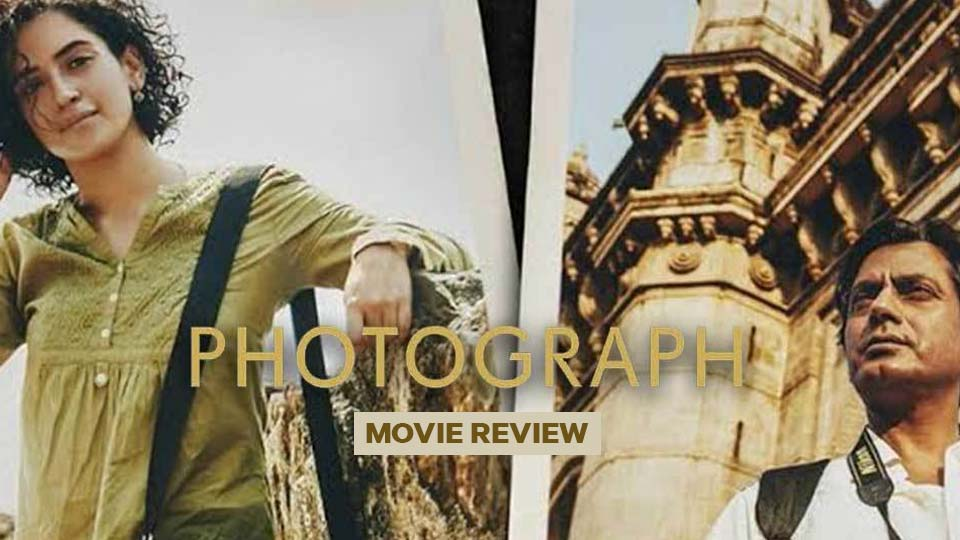 Nawazuddin Siddiqui plays Rafi , a photographer who takes instant photos of people at gateway of India . He is under pressure from his grandmother ( Farrukh Jaffar ) to get married , and grandmother has stopped taking all her medicines because he is not getting married . One day he takes a photo of a shy girl named Miloni Shah at the gateway of India , but she disappears without taking the photograph from him .

The photograph of Miloni ( Sanya Malhotra ) remains with him , and he uses it to tell his grandmother that it is of a girl he is going to marry . He names her Noorie based on an old hindi film song , but grandmother wants to meet the girl .

Rafi sees Miloni's photo again , and this time it adorns the billboard advertisement of the class she attends for her CA exams as she is topper in class . Rafi tracks her down and requests her to pretend to be his fiancee Noorie just for appearances in front of his grandmother .

Astonishingly , Miloni agrees . Reason--she has been stifled all her life by her parents and older sister who have taken all her decisions for her , and she wants to hang out with a lower class man from another religion as an act of rebellion against her existence . The other reason--she has always been seen as plain jane by all her peers and family , and the photograph that Rafi took has made her look so beautiful that she passes it on to her other classmates to see....

But don't expect loud histrionics or dramatic developments in this act of rebellion . This is offbeat cinema and things happen at a relaxed pace . That's the way I like it , and the movie was making me as comfortable as possible in my cushy seat .

As Miloni meets the grandmother , she forms a bond with her and soon begins to like going out with Rafi to small tea stalls and run down cinemas showing old films . Rafi tries to do the best he can to impress Miloni ; searches for an old soft drink called campa cola which has been out of production for a long time just because Miloni has nostalgic affection for it and wants to enjoy the drink .

Rafi and Miloni take taxi rides together and his grandmother is so impressed that she gifts an old treasured piece of jewellery to Miloni . She asks Rafi to put his arm around Miloni's shoulder and Miloni is only to happy to oblige....and while all this is happening Miloni's gujarati middle class family is oblivious to everything . They make plans to marry her to a US settled boy .

However not everyone is blind and Miloni's maid ( Geetanjali Kulkarni ) becomes aware of her affair with Rafi , and her class tutor ( Jim Sarbh ) confronts her on her non attendance to his class which has happened due to her clandestine meetings with Rafi . At some point the whole thing is going to explode into confrontation and loud drama and histrionics are going to happen .

Or are they ? For both Rafi and Miloni play non confrontational characters , and they are acutely aware that their difference in class is too great to be bridged . But why not make hay while the sun shines and keep meeting and rebelling quietly as long as possible . For Miloni , the time spent with Rafi would be the only time she was herself in the well ordered life arranged by her parents . At some point the whole thing would have to stop but it would give them the memory of a lifetime to cherish .

The life and hustle bustle of Mumbai is too well photographed in the movie , and I never wanted the movie to come to an end because I was getting into a cozy mood in the smooth flow of the film . The acting by both the lead characters is just perfect and so is acting by the grandmother who puts charm in her role . Background music is decent but there are no new songs , only old melodies from a bygone era .

The movie will be appreciated only by those with a yen for offbeat and art cinema . It has been made by the maker of 'Lunchbox' and those who liked the earlier film may appreciate it .