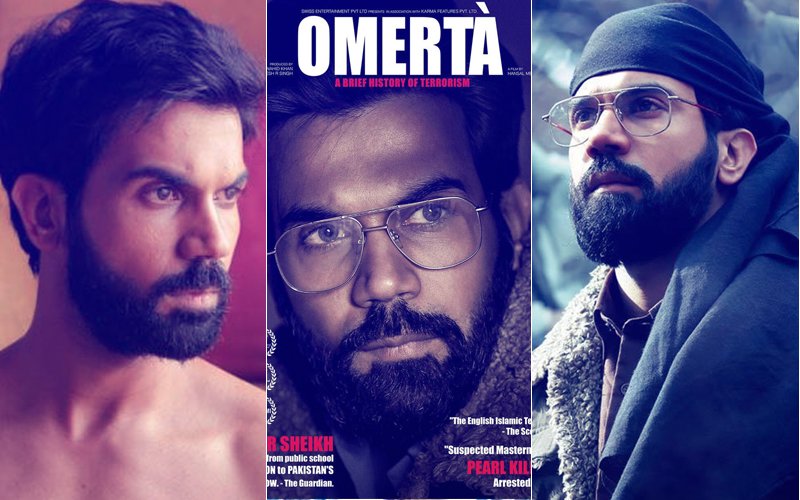 'Omerta' is a strange name for a film on a terrorist , for it is the code of silence and non co operation with authorities of the Sicilian criminal fraternity . The film's main protagonist is Ahmed Omar Saeed Sheikh , and 'Omerta' rhymes with Omar which is part of the main character's name . Maybe that's why the name was chosen for the film .

Omar was a person of pakistani descent raised in Britain , and was an educated man . His father wanted him to lead a normal life of a civilian , and was bitterly opposed to his radicalisation---something that is brought out in several scenes in the film . Even the neighbourhood maulana ( religious figure ) who was a radical himself , thought that Omar was used to too much luxury to lead the tough life of a jehadi because it is filled with too many privations .

But the scenes shown on television of the war in Bosnia and sufferings of muslims there made Omar choose the path of jehad in order to counter the atrocities that were supposedly being committed on muslims everywhere . Here too he was subject to taunts that he was a softy who had lived too much of the luxurious life in Britain to go on the path of jehad , but Omar showed what a hard individual he really was by savagely beating the person who taunted him .

In fact his education brought him to special attention of the notorious ISI ( inter services intelligence ) that is the spy agency of pakistan and masterminds the training of jehadis . Omar was picked to be future leader of jehad because according to one of the pakistani masterminds of terrorism it is the educated jehadi who instils real fear in his opponents minds rather than an illiterate one .

In pakistan Omar was introduced to every pakistani jehadi's favourite obsession which is Kashmir ( what else ) and his focus turned from Bosnia to Kashmir and the much hyped ( much exaggerated in pakistan at least ) so called sufferings of the kashmiris at the hands of the Indian army . And his attention turned to India .

The training in the jehad factory or rather terrorist training camp shows a scene of a terrorist jumping down from a cliff to his death just to show his readiness to follow his masters' commands , and as he falls everyone erupts in the war cry 'Allah-hu-Akbar' . After his training is complete Omar is sent to Indian capital city Delhi to commit jehad against India .

Here he uses a hindu name , but at a routine road checking the Delhi police recognise him for what he is and call him a ' mullah' . But naive westerners are fooled by his sophistication as he slickly uses his western upbringing to become friends with westerners---two british and one czech male and one american female . And kidnaps them and holds them hostage . But the Indian authorities catch him and put him in jail . He is hung upside down and beaten up .

But what follows is the most shameful episode for India as a nation . Actually it is quite clear that Omar is an pakistani ISI agent . Why is he allowed to live and not put to death by India ? Instead his father is allowed to meet him and he brings a lawyer who tries to extradite him as he is a British citizen . Omar even tries to radicalise the Indian muslim lawyer by asking him if he is happy in India but is rebuffed by the lawyer who says he is very happy . Then an Indian jet is hijacked and the pakistan backed terrorists who hijacked it demand that Omar be released along with others in order to let the hijacked passengers be let free . The Indian government releases Omar and Omar arrives in triumph in Pakistan to be paraded on the shoulders of other terrorists to the cries of 'Allah-hu-Akbar' .

Omar becomes a hero in pakistan and gets married to a pakistani lady . He openly boasts about being part of the pakistani establishment now and his house is guarded by security personnel . Another good point---the film does not shy away from admitting that a large part of the nation of pakistan supports terrorism and does take the usual bollywood hypocritical line that pakistan also equally suffers from terrorism as India . Women of good families are ready to marry terrorists like Omar and one scene has a character saying the Omar will become a hero for millions of muslims .

9/11 occurs ; the twin towers of the world trade centre of New York are shown falling , and Omar's name is linked to the plot . Pakistani authorities assure Omar that he will be put on trial in Pakistan only , but his wife is afraid for him .

The kidnapping and killing of American journalist Daniel Pearl is probably the highlight of the film and will interest westerners . Daniel is out in search of story on 9/11 , but asks too many questions and that too recklessly . The ISI wants him silenced before he publishes his story . And the man they turn to do it is Omar . Omar entices Daniel with the hope of getting him to meet some man named Geelani , but holds him hostage . Omar taunts Daniel for being a jew and his people killing muslims in Palestine and torturing pakistanis in Guantanamo bay prison . When Daniel tries to escape he is killed brutally with a knife by Omar himself . The killing is not shown as it is too brutal but the sound effects of the knife attacking the victim repeatedly give it's brutality away as does the blood spattered face of Omar at the end of the scene . Omar is currently in jail for this . But he is unrelenting ; smiles and waves to his followers whenever he is in front of cameras .

Rajkumar Rao has acted the role of Omar quite well . The movie does not show his upbringing at all . It moves at a quick pace with no songs and minimum fuss . Photography and background music is all good though the colours are little bleak due to the dark subject of the film . The film does not glorify Omar and hence is realistic .

four stars out of five .